It was, of course, another Family Trip to parts unknown; this time to FELDA Lepar Hilir 1 in the state of Pahang to the east. Since the car’s suspension was repaired a couple of days earlier, I felt confident in making the trip without having the car losing its tyres halfway there. So, at 1030 hours on that day, we left the house for Pahang. We didn’t take the new East Coast Highway, cause I miss driving on the old Federal main road east through Karak, Mentakab, Temerloh and Maran, which have better roads now and less traffic thanks to the new highway.

It was quite a feat, trying to locate the bride’s home via the map that was on the invitation card. And who would have thought PMG meant “Pusat Mengumpul Getah” (Rubber Collection Centre). 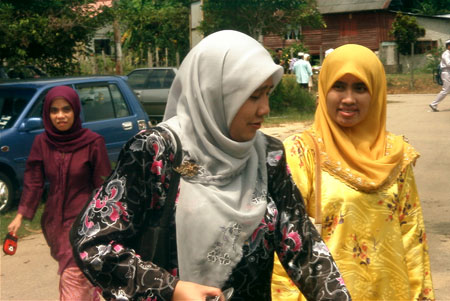 Right by the car with Ain & Emma, after we had lunch at the reception. The nasi minyak served was delicious. Behind Ain there was Ain & Jalilah’s fellow course mate in UM, Sara, who had just arrived from Kuala Lumpur. 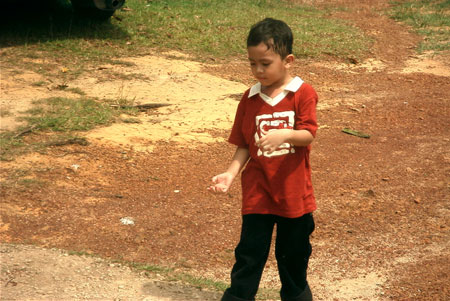 When we were eating, Irfan was digging up sand. He ran to us only to get bites to eat. In the end he was sweating heavily and had a layer of sand on clothes and skin. 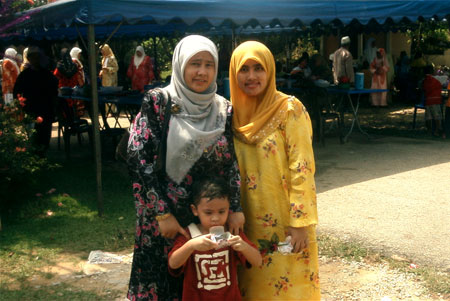 The covered area of the wedding where the guests ate. The sun was pretty scorching that day. 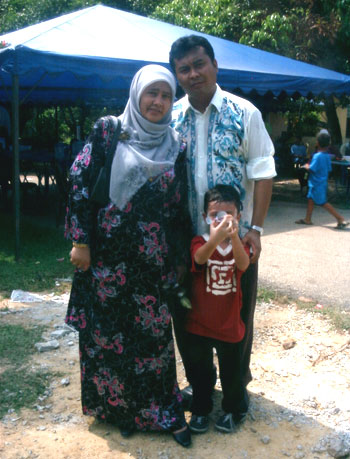 In Irfan’s hand was a small cardboard box that used to hold complimentary gift for guests. Currently with the box open, it’s the Serenity to Irfan. 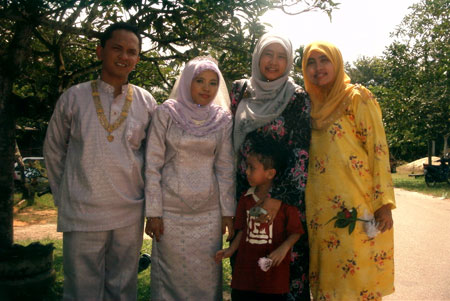 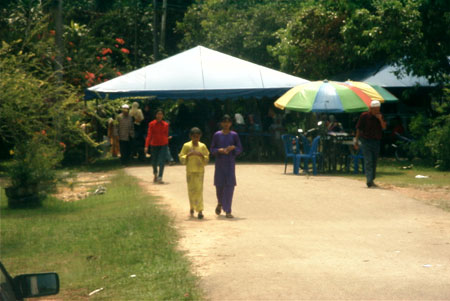 The view of the wedding reception area from where the car was parked. They had a DJ which I thought did a pretty good job. But from where we had our meal, we couldn’t hear each other speak for the DJ.