EBB & Folks sent me another task to complete: The cover for another ebook novella titled The Hags of Teeb.

Here is the step-by-step process involved from the first sketch until the finished cover artwork. The first sketch (seen below) was based on the original black and white cover illustration made by David Leyman. I used the general shape of the Hags and the cauldron in the sketch and put them in a cave. 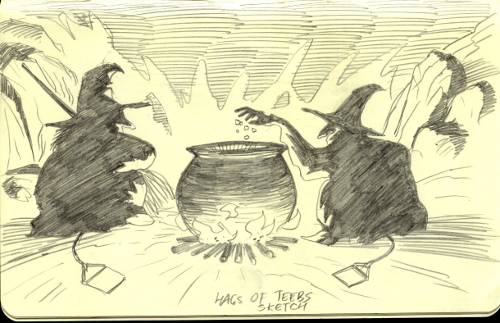 After the sketch was approved, I decided to create two painted elements which would then be composited digitally. Firstly, I painted the cave background element (below). The centre of the cave where the cauldron sat upon a fire was lighted. 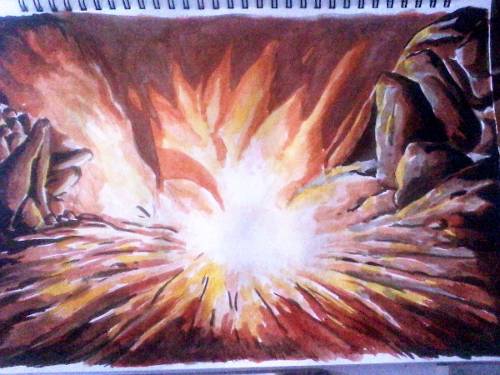 The hags themselves were easy enough. I painted over the pencils I drew, using the outlines of the characters I drew above in the sketch. They were mostly dark and in shadow. Their outlines closest to the flames were bright yellow (below). 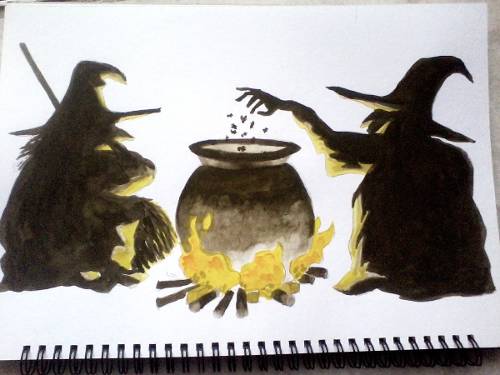 Both pieces were scanned into the computer at 300 dpi, then colour corrected to give it a redder, angrier atmosphere. I played with the size of the foreground element, reducing it so it would fit well in the cave, and the fire was just the right size in relation to the cave background (below). 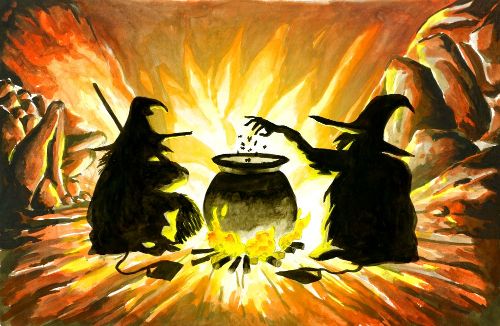 Then the finished image was incorporated into the final cover artwork (below). We cycled through three different fonts before this version was accepted. 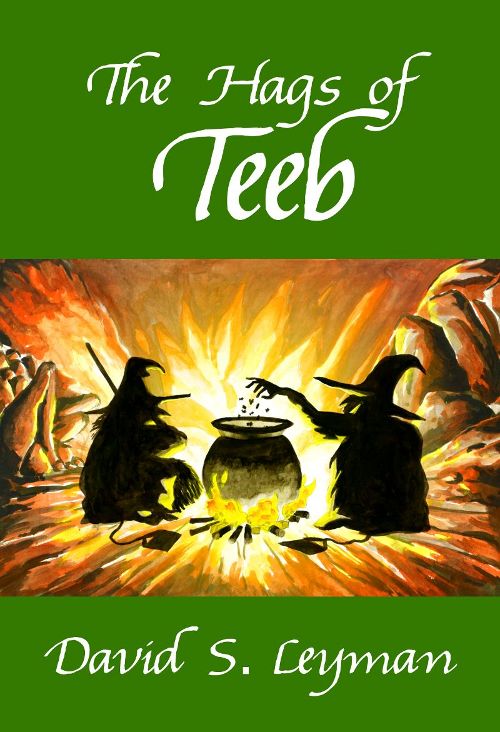 The Hags of Teeb is now on sale for the Kindle on Amazon.com.