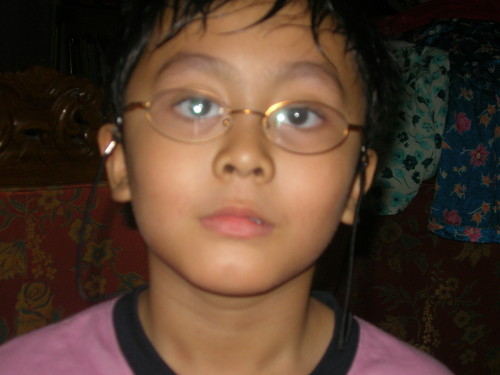 Irfan looks at camera with glasses on

After asking him to do a reading test on stuff all over the house, standing at a distance, we came to the realisation that Irfan’s eyesight isn’t good at all. We took him to the optometrist to get his corneas measured, but instead they gave him more sight tests. The next day, Irfan was wearing new glasses and the world was much clearer to see than the day before. 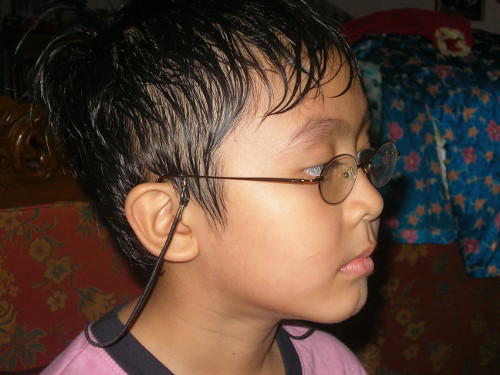 Irfan looks the other way