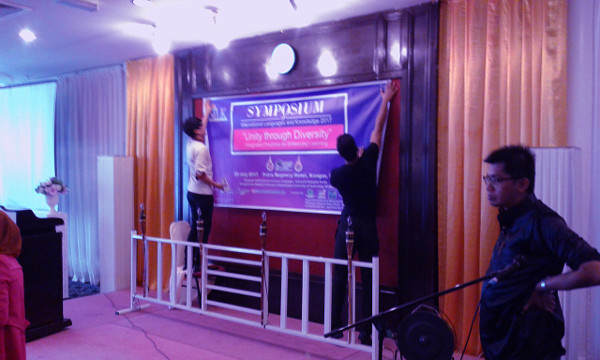 Bazli contemplates the set up

I was also part of the organising committee, although my duties were by far the most unimportant and required the least time and effort compared to everyone else who did a fine job. My job (aided by Bazli who knew the ropes better than I did here) was to figure out and set up the opening ceremony gimmick.

In the early weeks of planning (when we had thought of setting up the symposium in Pulau Pinang) I envisioned using a drone for the gimmick. However, it would be much more economical and easier for everyone to just book the use of a gong from the university’s recreation unit: 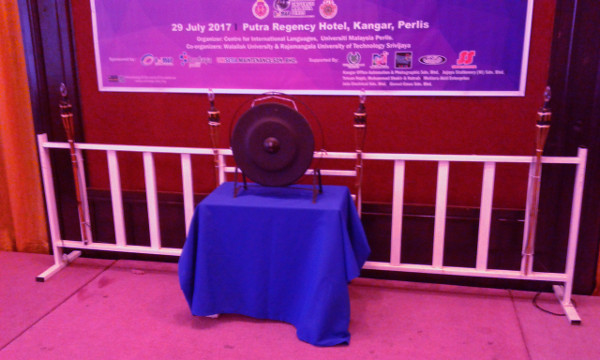 At the end of the set up and rehearsal night the day before the symposium, the gong looked as per the photo above on stage. When we all arrived 6.45 AM the next morning the stage (and the gong) looked ten times more presentable: 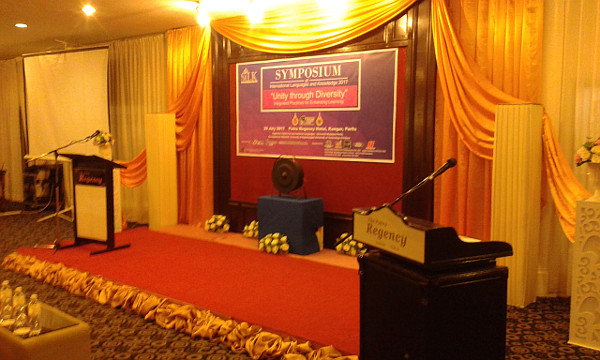 The stage is all dolled up

That gong is all prettied up and looking smug in the middle of the stage. 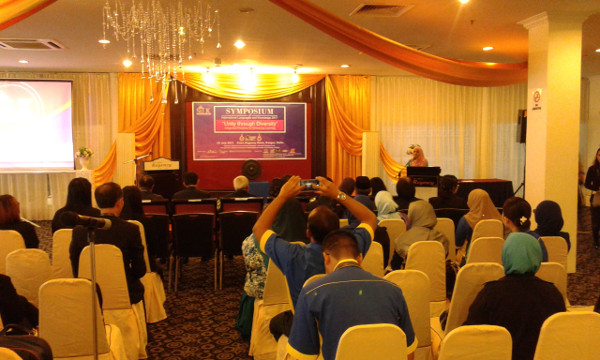 No relation to Yuzy Pash

The event kicked off early in the morning with guests from a number of South East Asian countries with Yuzy taking point at the podium as the daytime emcee. 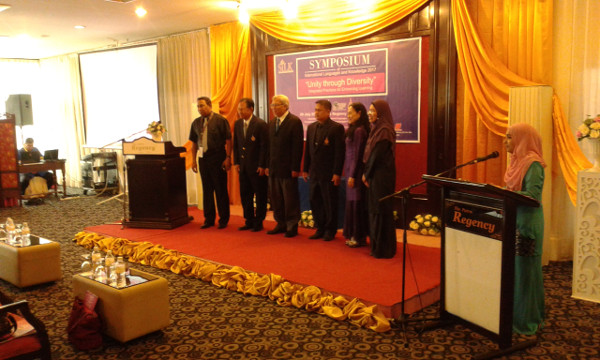 The gong hitting ceremony went without a hitch. They hit the gong three times. The gong did not complain. Then the keynote speakers, heads (or acting heads) of three universities and our language centre director took a group photo at the end of the opening ceremony. 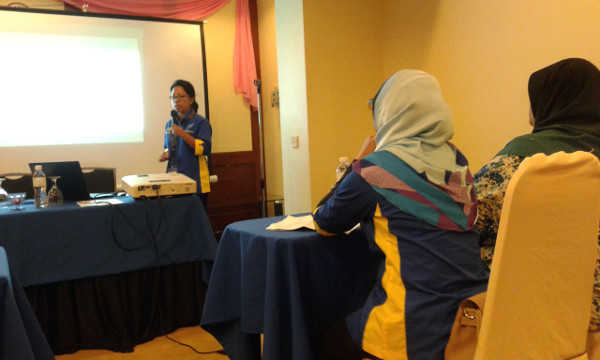 DJ Dr Dips has the mic, yo

During a meeting the previous week, I was tasked with being a moderator in one of the research presentation sessions at noon. Each session had six to seven speakers each who will present their research for 10 minutes followed by a five-minute question-and-answer session. Four conference rooms in the hotel were allocated for this session. My colleague Anis moderated the morning session with our own department’s Dr. Dipima presenting above. 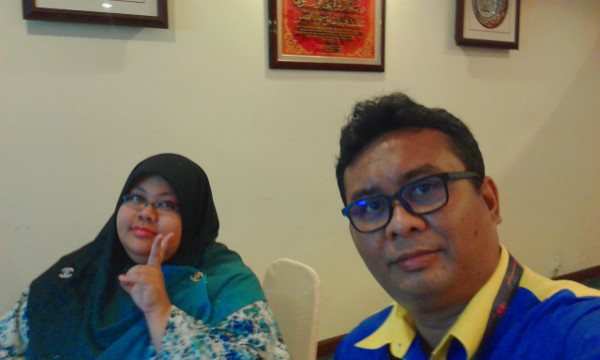 At noon, after tea break I took over the room to moderate six speakers according to the schedule although one of the presenters were absent. My colleague (and programme coordinator) Nana kept the time and had her finger on the bell. Nana worked that bell good. 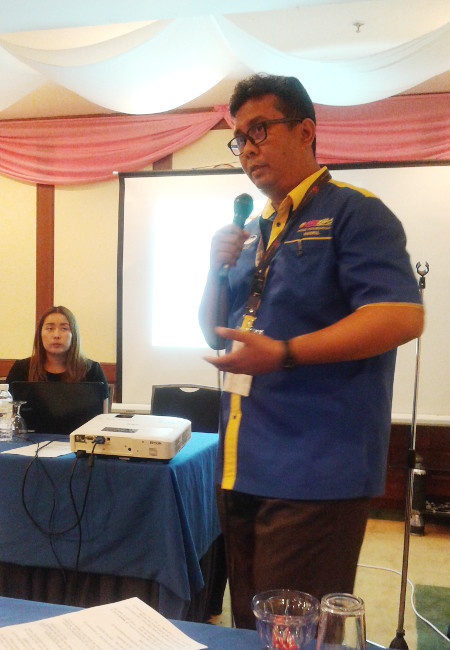 Blues riff in B and watch me for the changes

Here I am moderating the session as photographed by Nana. The thought going through my mind in that photo was probably, “What in the world am I doing up here? I’ve never done anything like this before in my life.” But, all in all I did it anyway without peeing my pants.

After the presentations, there was a teaching workshop from which I learned quite a lot. There are many things discussed which I should incorporate into how I teach when the new semester starts. 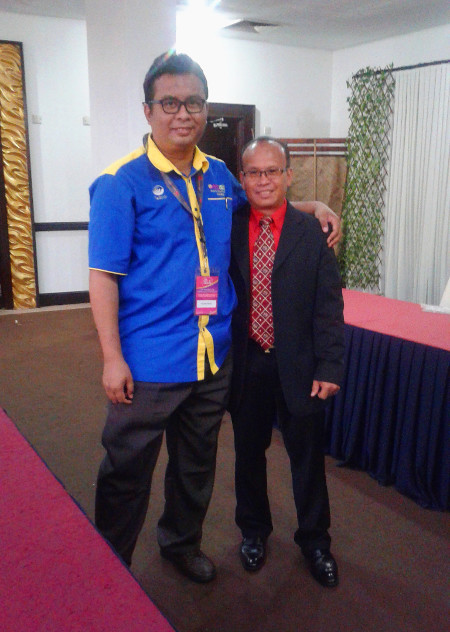 Nole is the handsomest guy in Kangar right now

With the gong back in the hands of the recreation unit, my work was done for the day. Evening was upon us and it was time for the symposium dinner. Nole, above, would take over from Yuzy and be the emcee for the evening in the hotel ballroom. 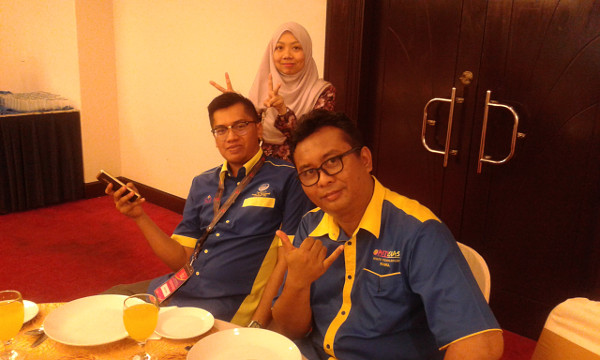 Above: Bazli and Mas. Also at the table were nasi goreng, chicken, salad and fruits. 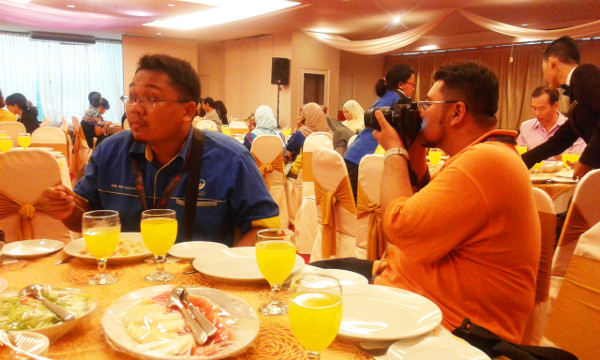 Above: Wan and Rizal, who was talking photos of the Three Piece Band I presume. They also organised a lucky draw. Many of my colleagues were lucky, unlike me. 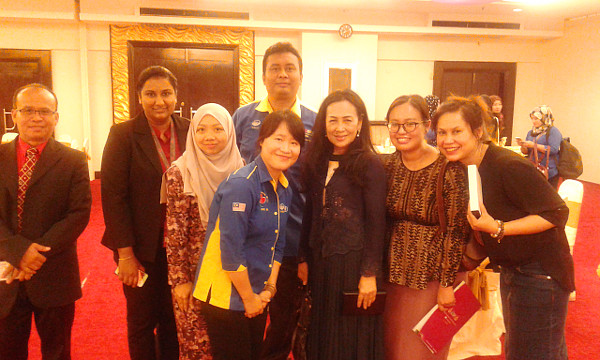 Before dinner ended, a bunch of us took a photo with our guest, the language professor from University Malaya. Left to Right: Nole, Asha, Mas, Ivy, keynote speaker Prof Zuraidah, Khe Li and Rongdara, with me at the back. All in all, I think the entire team – especially the ones who had a lot of things on their plates, unlike me – did their jobs well.

Ultimately I went home… with the bell.