Coincidentally, Anne Rice passed away earlier today on the first day of my playing Vampire the Requiem. It was an online session and we played as the young upstarts of Atlanta, known as Slaughterhouse Five. 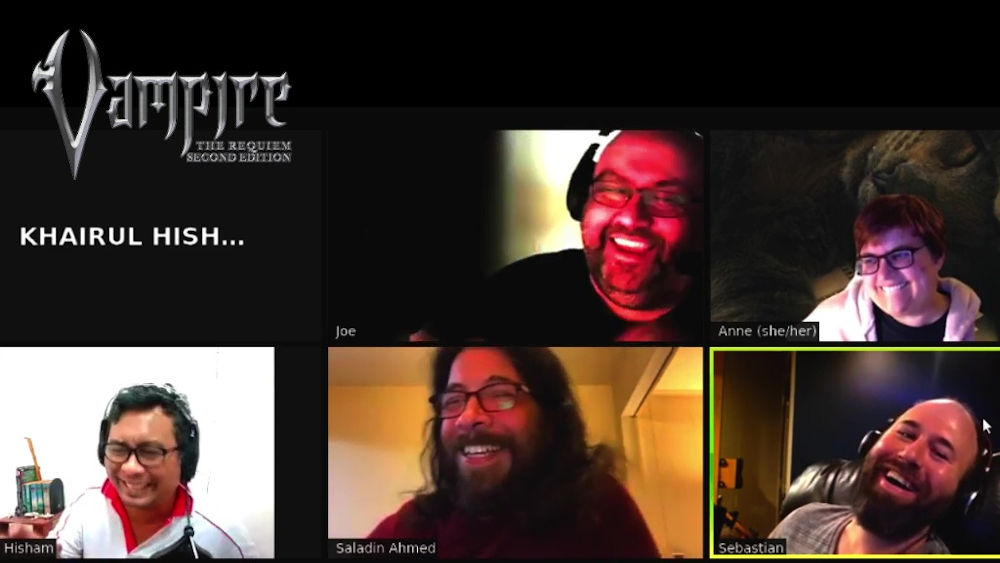 Joe Alkhazraji is our GM

Who is Jackie Long?

I played Jackie Long, a Nosferatu, and part of the Slaughterhouse Five. Jackie wore a mop of silver wig to cover his hideous visage. Sure he’s a Nosferatu, but that did not stop him from going out partying all night. An unabashed clubber and raver, he spent his nights also selling pills to humans. Sometimes, he drank from them.

Who is the Slaughterhouse Five?

The Slaughterhouse Five were a coterie of vampires of different lineages. They were young and despite being drinkers of human blood, idealistic. Why did they need to follow the whims and fancies of the Prince of Atlanta? No one voted for the Prince to lead the vampires in the city. 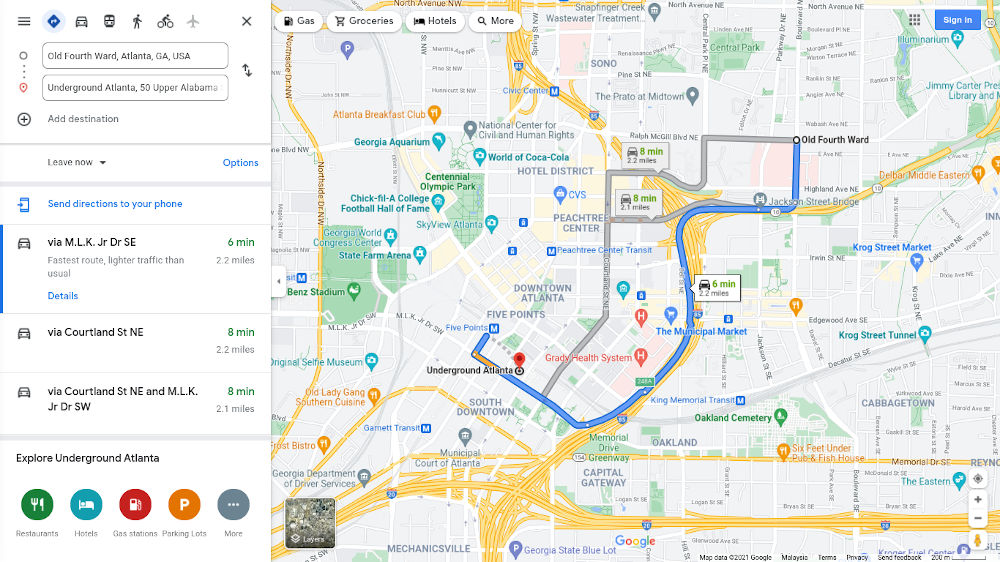 That’s how you get to Underground Atlanta

How did things began?

It began with the death of the Prince of Atlanta. We were quite sure it was him from the gore and viscera on the ground in the graveyard. But we could not remember what happened. We felt more powerful as if we had… we not only killed the Prince of Atlanta, but we drank his blood. Who wiped our memories?

The Prince’s human bodyguards were also dead on the ground.

Roma, Sebastian, Kostya, and I wiped the scene of the crime by burning everything. There were canisters of gasoline in the back of the Prince’s car: a black heavily modded Chevy Suburban.  It was nearly sunrise, so we headed home in the Suburban, parking it in the enclosed garage at the Slaughterhouse.  Confused and exhausted, we retired into our coffins for the day.

We awoke upon sundown. Then, we received an invitation on our phones to a party at the Masquerade, Underground Atlanta. We were cleared all the way up to the exclusive Elysium room. Everyone here believed as we did, and celebrated the death of the Prince. Roma spoke to the Harpies and discovered that no one knew who had killed the Prince of Atlanta. What was left of the body was incinerated by the sunrise earlier that day, but there was no mistake who the dead bodyguards were working for. The mortal authorities were stumped, but that is usually the case. 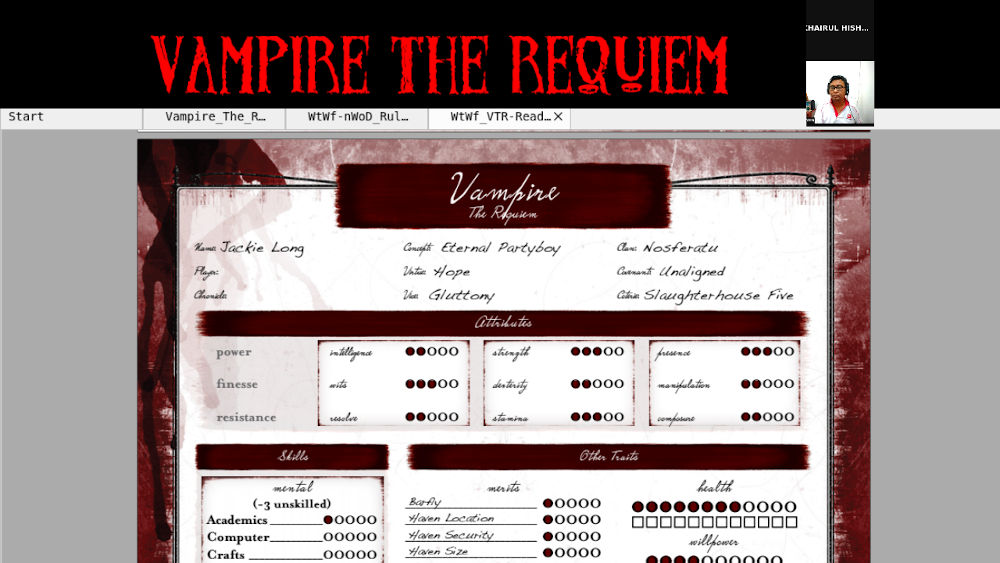 We started discussing quietly. Who wiped our memories and compelled us to kill the Prince? What will happen if everyone discovered that we had killed him?

During the party, someone started a fire. The vampires panicked and began to stampeded, but the doors had been locked somehow. It took all our willpower to not flee the fire into the mindless masses…