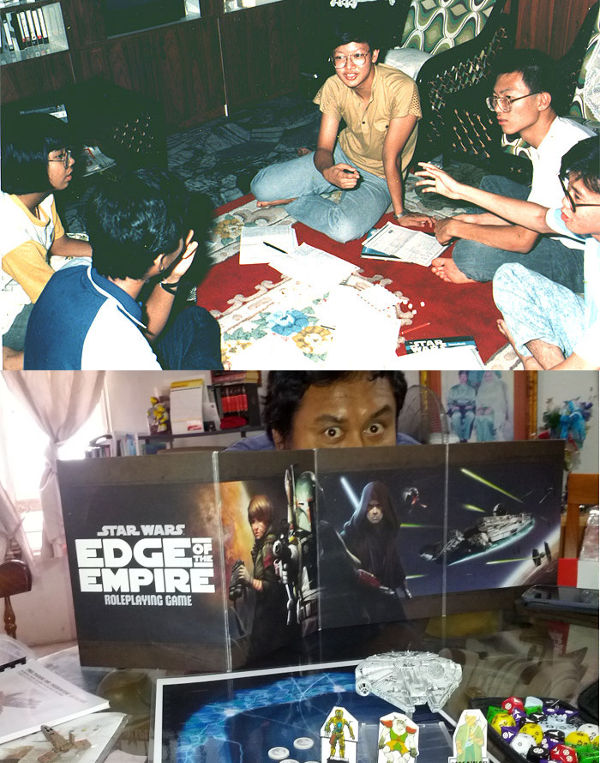 It was April 1989 when I received West End Game’s Star Wars The Roleplaying Game and the Star Wars Sourcebook, two years after it was officially released.

I have been running and playing various systems of the game for twenty-five years to the month. I can’t remember the exact date though. It has been a great quarter century of making friends and having a great fun with them, sitting together, making up our own Star Wars stories and laughing our asses off at the gaming table (or floor).

Campaigns I’ve run or played in the past and present:

Here’s to another 25 more years.

Note: Also posted on As Seen On Tabletop Tumblr. 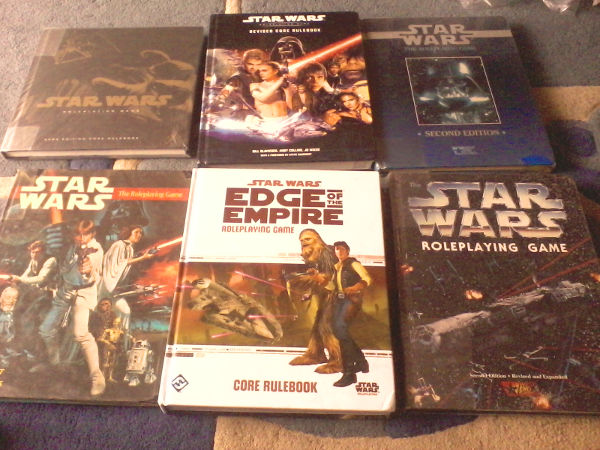 Everything but Wizards of the Coast’s Original Core Rulebook 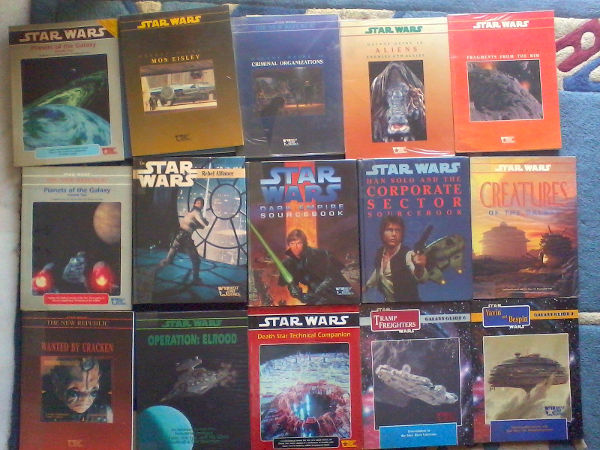 Some of the West End Games books I’ve bought over the years. Wish I had Platt’s Starport Guide and Pirates and Privateers