Many months ago, I had a nightmare. Well, it’s not as much as a nightmare as it is weird things happening in my dream in which I should be creeped out but I don’t. I haven’t had a proper nightmare from which I wake up feeling scared for a very long time.

I was walking home with friends at night under a bright full moon, and home was an apartment above a shoplot. You know the type, where you climb a single flight stairs to get to your door. At the door out on the sidewalk, I felt like I was being watched. I thought to pull aside the doormat. Beneath the doormat, in a hole, was a gigantic biological human-like eyeball. It tracked and was fixed on me wherever I moved. I don’t remember any eyelid.

I covered up the eye with the mat and quickly locked the door behind me and headed up to the house. I locked the upstairs door and stepped back, facing it, waiting for someone or something to smash through the door. Moonlight cast my shadow on the door. Suddenly, the shadow disappeared. As did the moonlight.

I turned. And before me, climbing through the window, was this Mi-go with its wings spread out once it had space and its tentacles from its head and abdomen flailing out at me.

Then I woke up. 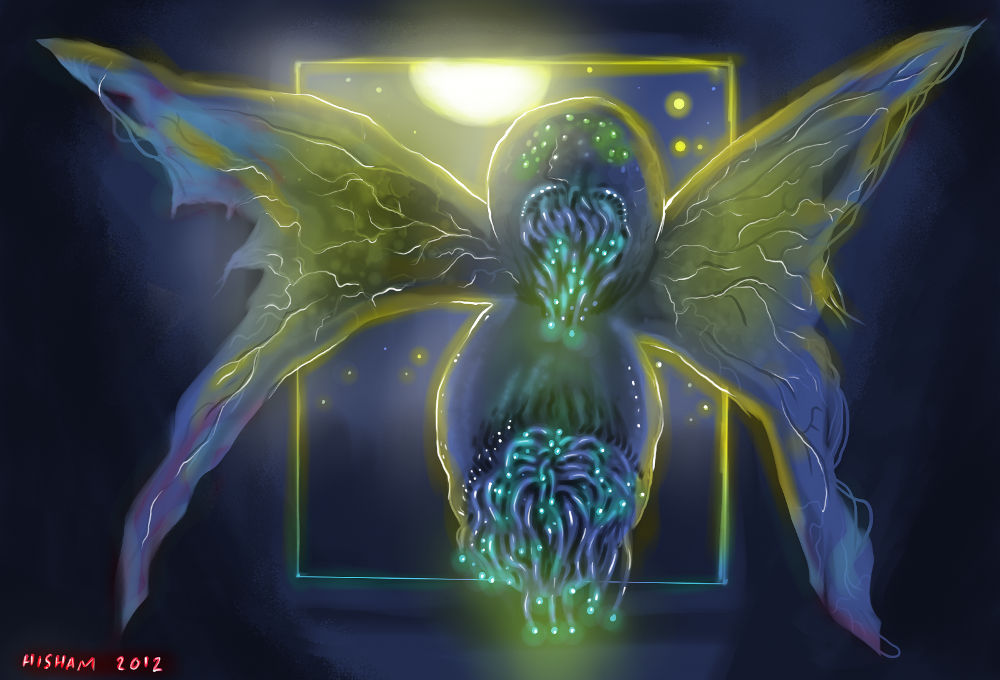