It was an evening of something quite unexpected.

True, I did hear about the coming of the “Super Blue Blood Moon” which was talked about all throughout social media. Bu I never thought it would look breathtakingly spectacular. 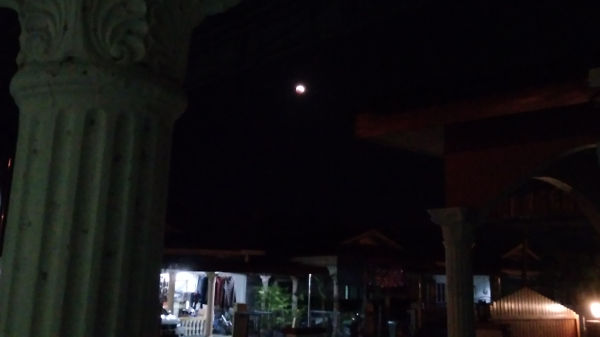 Ain alerted me to the start of the lunar eclipse during the full moon. It was a clear night. The stars were out. 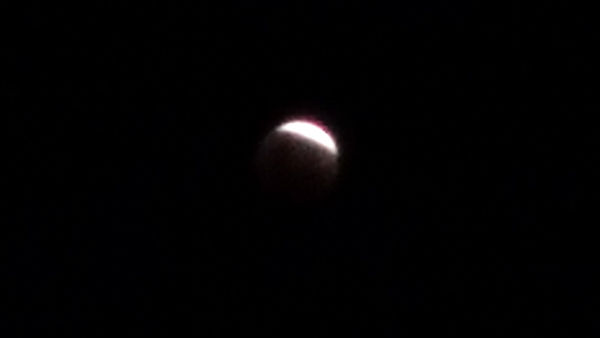 The moon was gradually and visibly being devoured by the shadow of Earth. 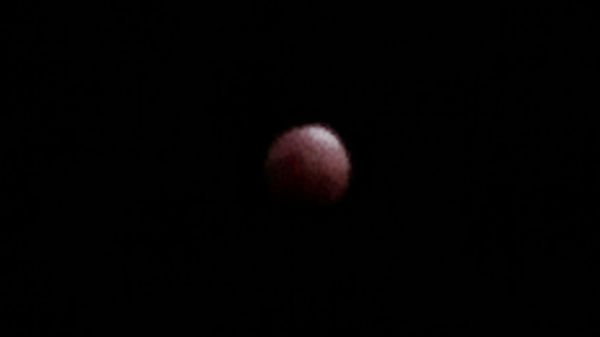 The camera did not do the moon justice

When it was completely engulfed in shadow, the moon turned blood red. The photo I took above does not do it justice. 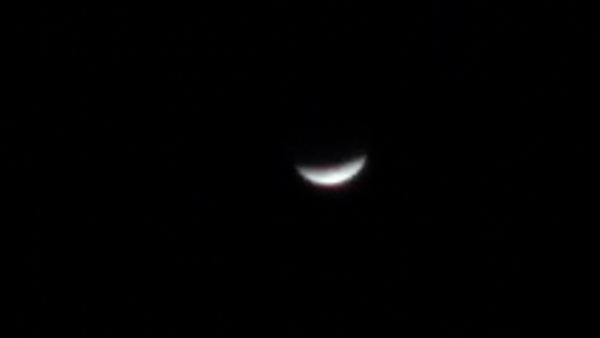 Soon after, the light of the sun began to shine upon the moon once again, slowly revealing itself to the night sky. The evening began with me underestimating how the lunar eclipse would look like. In the end, I felt fortunate that Ain called me outside to view the phenomenon.

Posted in Recent News and tagged Around the House, Lunar Eclipse.