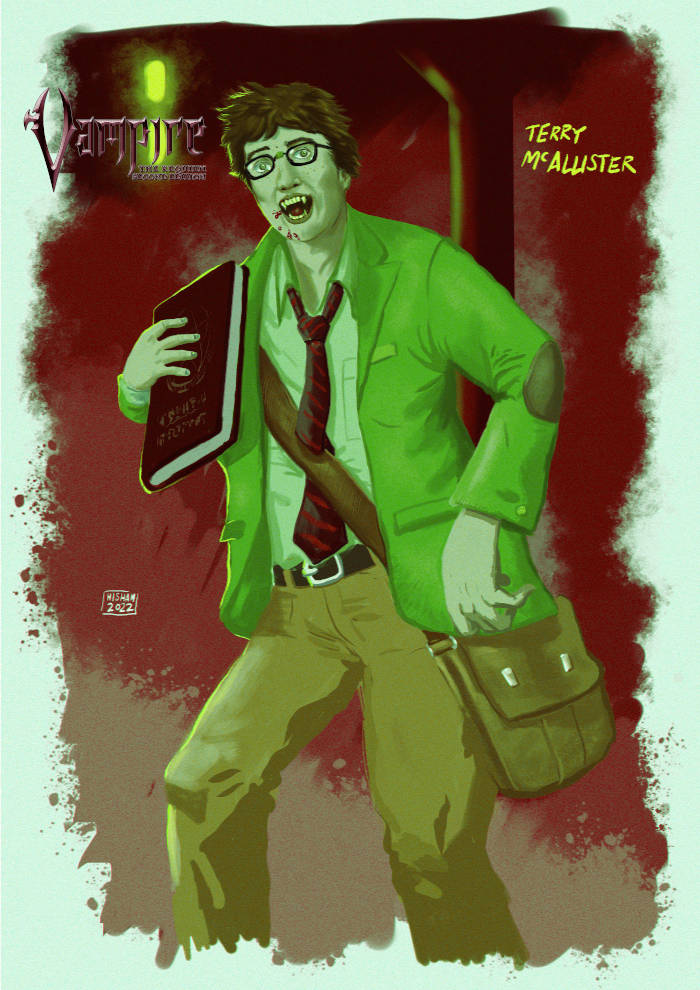 After the end of our mini Vampire the Requiem RPG campaign, in which our pregenerated characters won the civil war in Atlanta, we started making new characters for a new campaign.

It is now 2032, 10 years after the Vampire revolution that overthrew the old blood…

I now play Terry McAllister, a Mekhet librarian. He hails from Perthshire, Scotland but was turned while he was on a vacation to the United States. It sucks for him that he cannot return to his homeland… for now. But for the time being, he has a job with the library at Georgia State. Loads of students burning the midnight oil there, easily charmed for nourishment. He does not leave bodies as the victims are not killed. He sucks enough blood to survive, but leaves the students alive though dazed and charmed. Sometimes, he also helps them to study for their exams by pointing them to the right book to study.

What will become of Terry?

Here is a timelapse video of the sketch I posted above. Nothing flashy, just a quick sketch to lock down Terry’s visual design.