A VCX-100 model transport made an appearance in class during lessons today. 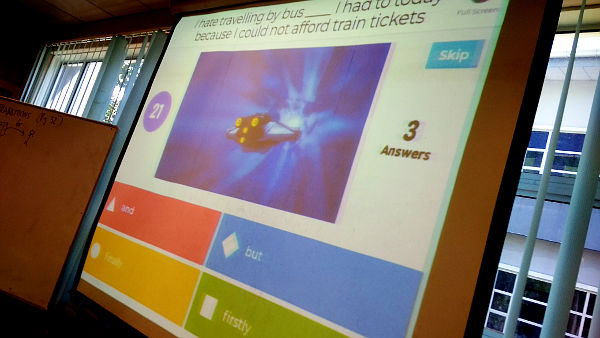 I used Kahoot for a live online exercise with my classes this week. The exercise covered Transition words. What better imagery can I use for Transitions other than hyperspace corridor scenes. Believe it or not by 2005 and after 6 major Star Wars motion picture releases, we were only shown two scenes of ships traveling though hyperspace. There were not one scene of it in the Prequel Trilogy.

Thanks to The Clone Wars and Rebels we now have dozens of hyperspace corridor shots.

Finally, the answer to the quiz above is “but”.

Buka puasa at PFI2 on campus with my former studen

VAMPIRE THE REQUIEM: The Slaughterhouse Five and F