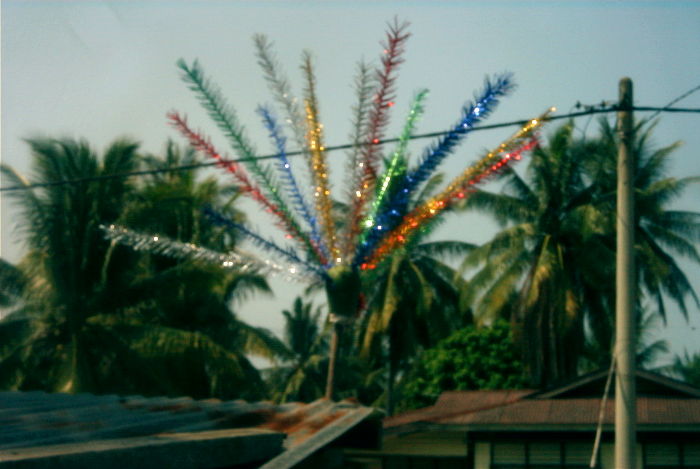 Last weekend we were back in Sitiawan where Abang Long, the second cousin of Sila and I, had his wedding in Kampung Permatang. The bunga manggar above marks the occasion of a wedding at the house. 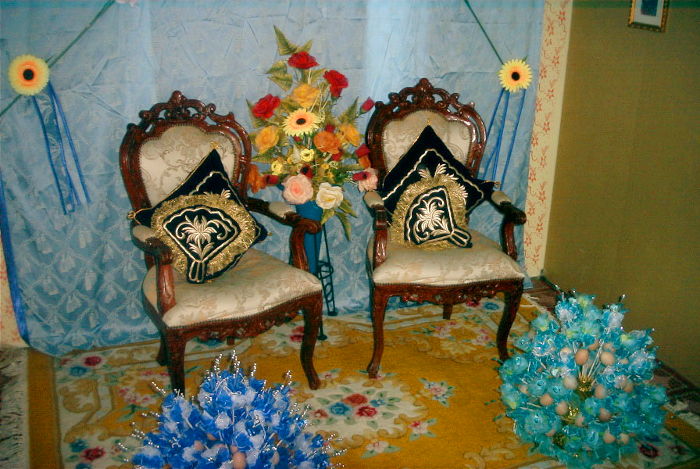 The pelamin in Wan Alang’s living room, where the bride and groom will sit. Later when they were sitting there I was unable to see anything or take any pictures because of the crowd. 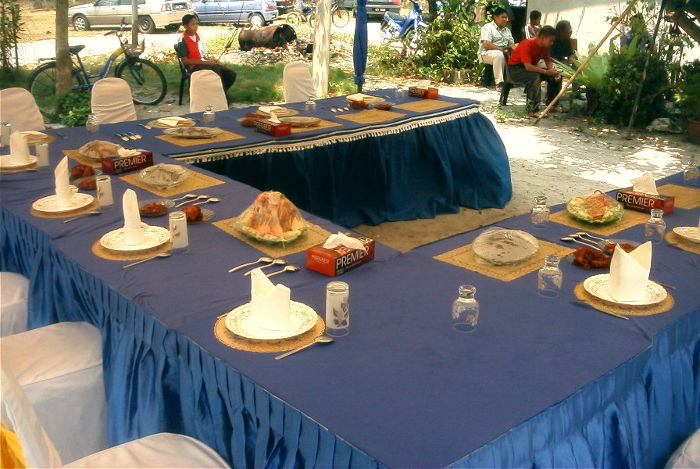 The grand meal set up for the groom, the bride and the bride’s family. Some tasty stuff there. 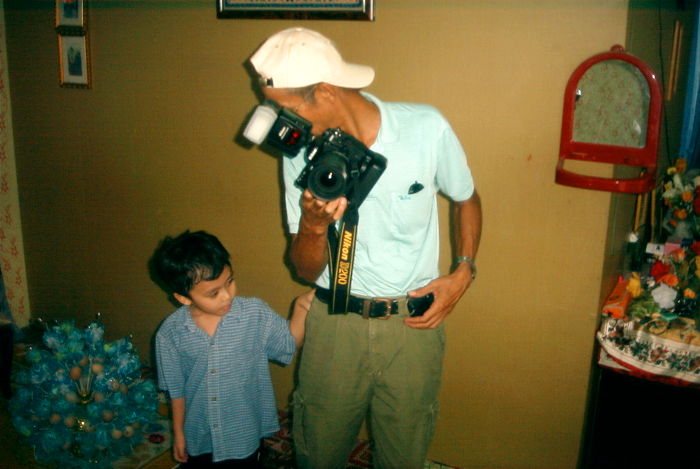 The official photographer and his assistant stands by for the occasion. 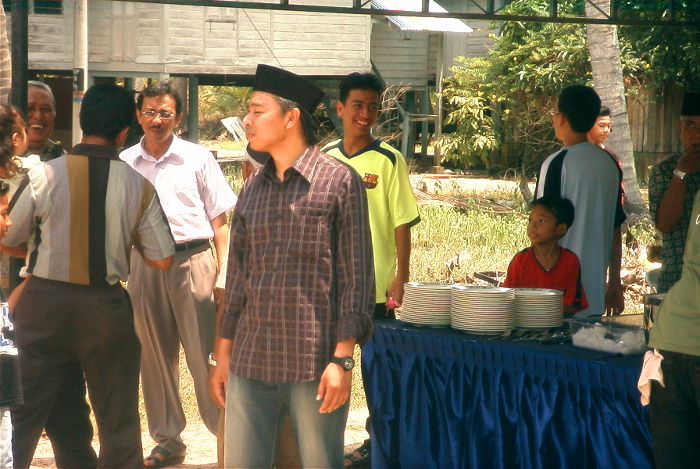 The guests flood in and Abang Long’s younger brother Abang Ngah greets them and directs them to the dining tents behind him where the buffet was served. 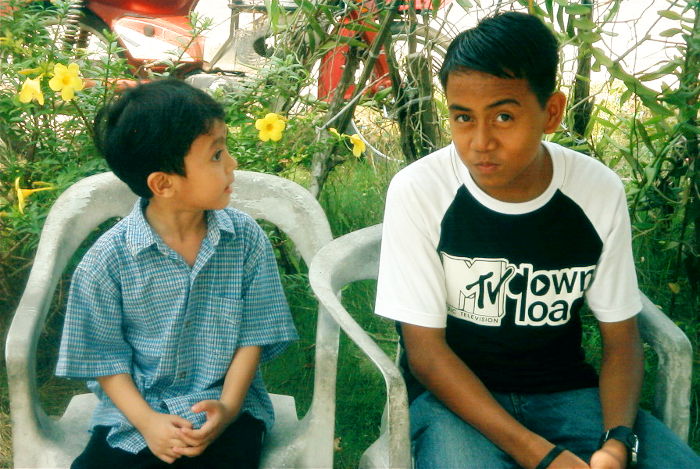 Irfan and his Pak Cu Hazwan await in the shade. For some reason on three separate occasions, people thought Hazwan was my son. 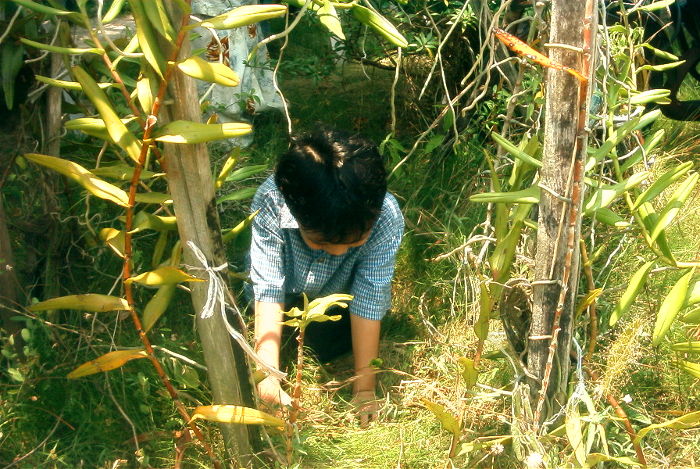 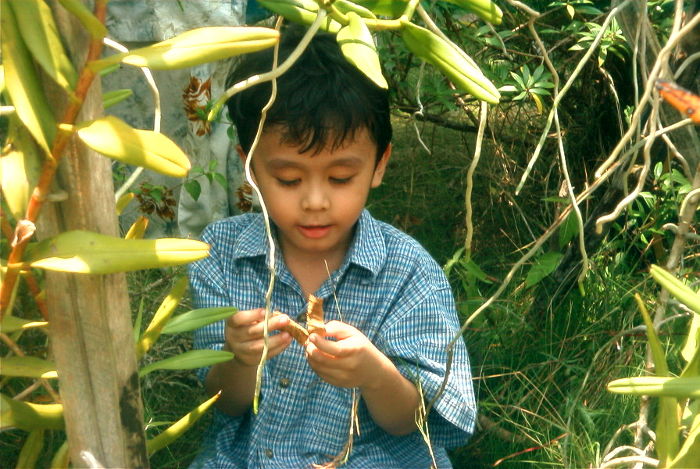 Suddenly, Irfan discovers the orchids behind him could be a fantastic camouflaged command post from which he could plan his tactical and strategic shenanigans. 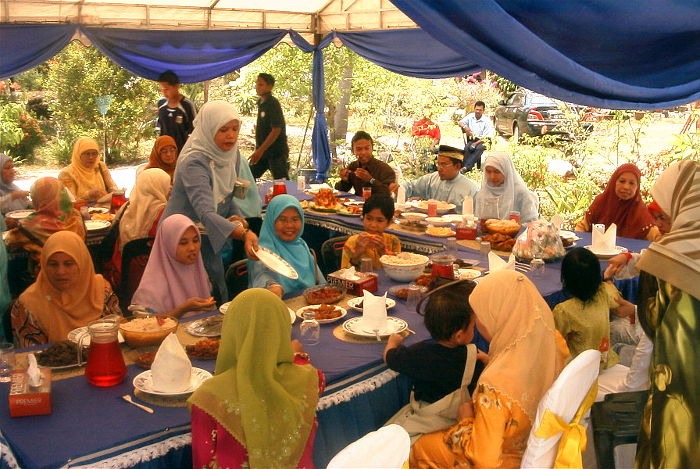 Abang Long and his wife garbed in blue at the head of the table as well as his wife’s family digging into the hidangan pengantin. 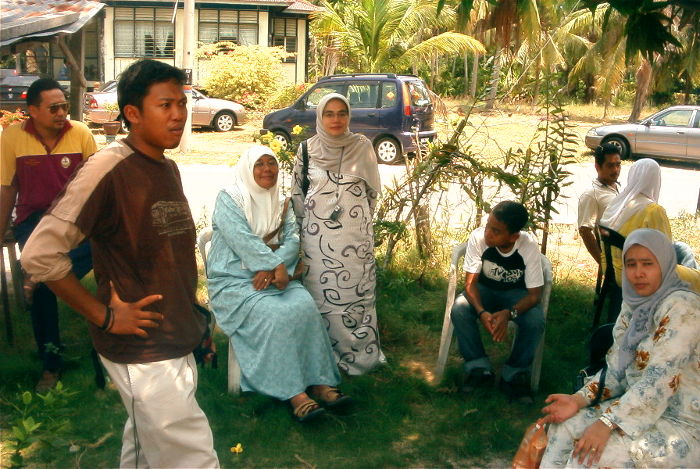 Our immediate family taking position under the shade near Irfan’s command post. 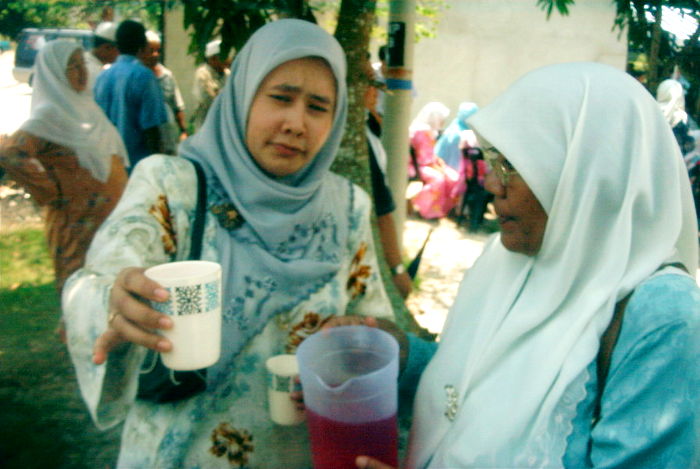 It was so hot in the sun that Opah Irfan & Ain had to execute a covert raid upon the kitchen in the back of the house to obtain a pitcher of cold water for everyone to drink.