At Aidilfitri Irfan met and played with a whole bunch of kids of his generation whose parent(s) were former students of ACS Sitiawan. Here are some pics of Irfan and friends. Too bad we didn’t get photos of children of Lan, Dila and Gnana.

Here’s Chris C’s (the other Chris C) daughter Aleyxia whom Irfan invited to play with the hamsters brought back from Kuala Lumpur by Irfan’s Opah Ngah. The small dark on is called Ciki and the big orange one is called Oren. Irfan loved to go upstairs and feed the little guys seeds and carrots, loudly and spiritedly commently on everything they do. 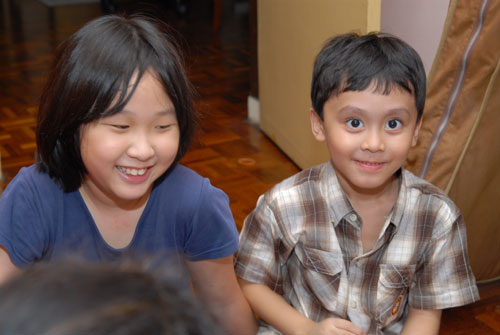 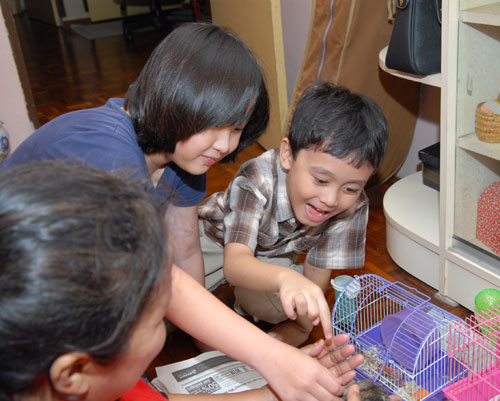 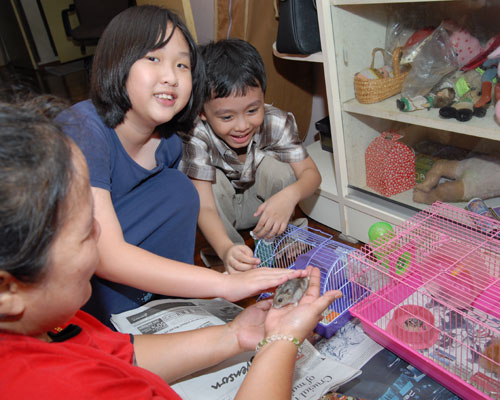 The hamster runner behaves for the kids

Then, Irfan tries to escape the camera, to no avail 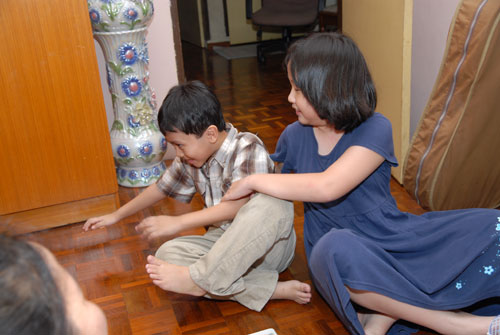 Not so fast, buster

Awi and Hanim came with young Aisyah. She found Tok Irfan’s fish pond and Irfan’s plastic toy car very intriguing. She was also very friendly with Ain, trying to get Ain to help her ride Irfan’s bicycle despite it being 200 times larger than her. 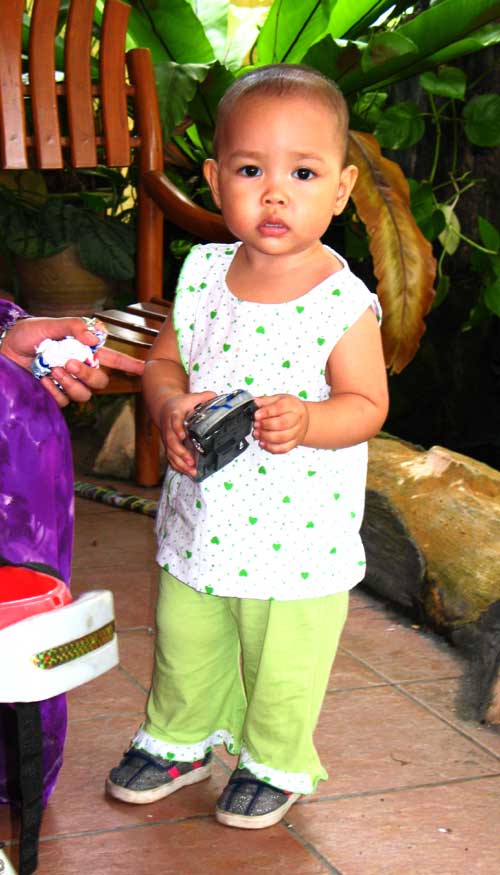 Aisyah at the koi pond

Here are photos of Irfan being a big brother to Aisyah. The kiss on the cheek only works on toddlers, though. Older girls will probably flee from the cootie-dispensing kiss. 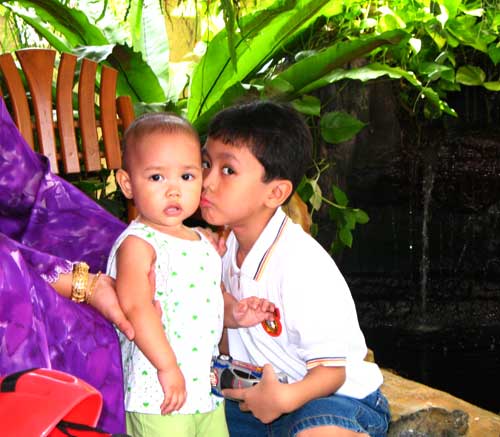 Peck on the cheek 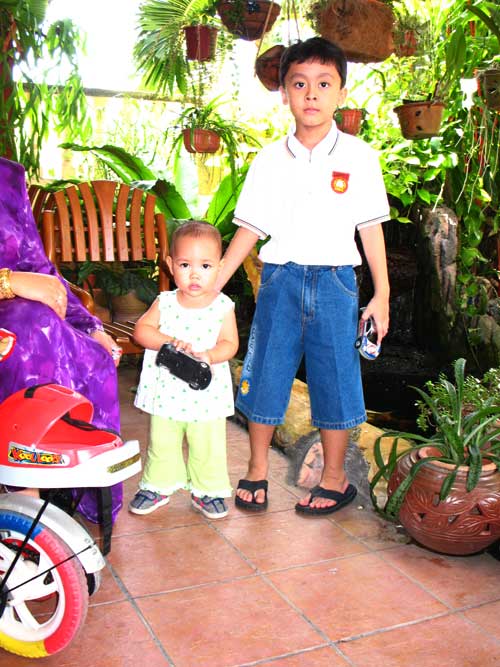