In August 2003, a thousand families flocked to Universiti Malaya to see a family member graduate. Ours were there to see Ain graduate (with a 11-month old Irfan in tow), finally getting her bachelor’s degree in Economics.

What I didn’t know was graduation events can have some pretty exciting moments too. Like the time the university guards blocked the road to let the graduates travel from their staging ground at the Bangunan Peperiksaan to the where they were supposed to receive their scroll at Dewan Tunku Canselor. Out of the dozens of vehicles blocked, a single biker tried to run the blockade, right before the thousands of people there. So the guards grabbed hold of the perpetrator and pulled him right off his bike as he passed them. Other guards dragged his bike. They forcibly returned him to where he was with the rest of the waiting bikes and cars. It was awesome. I should have taken pictures but I wasn’t ready. There might have been cheers among the onlookers but I couldn’t be sure. I’d like to think so. Anyway…

This day will always be an inspiration for me to obtain my own degree someday. After she received her scroll, we all went on a picture taking frenzy, and here are some of the results. 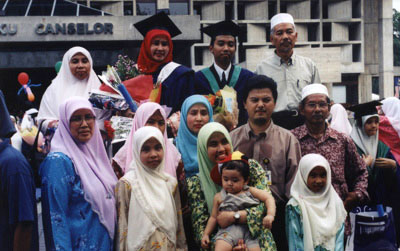 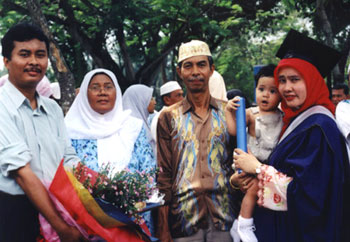 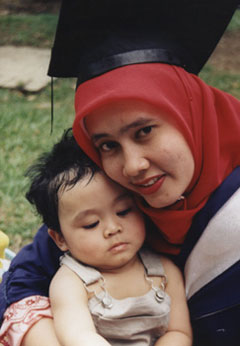 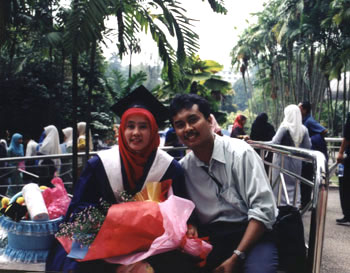