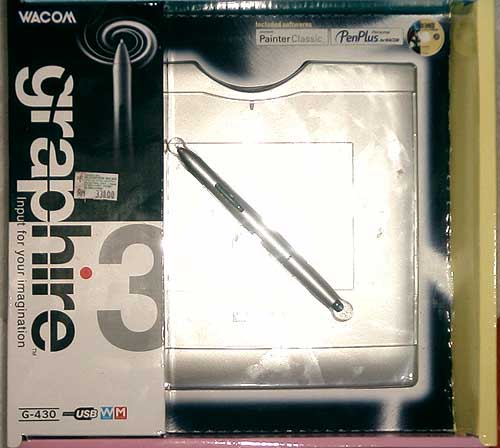 The other cool stuff I bought the same day I bought the table is this Wacom Graphire 3 graphics tablet. In fact, I’ve been wanting it for many years now that when I finally have it in my hands, I didn’t have the heart to remove it from its box and plug it in for FOUR DAYS. This morning I finally did it.

After getting the tablet up and running with my computer, I proceeded to install the bundled Painter Classic software. When I finally ran the program, my blood went cold. All the colours were screwed up! It took me about 30 minutes before I decided to increase my monitor’s setting from 16-bit to 32-bit colour.

Only then did I let out a sigh of relief. I grabbed the stylus, played around with the controls a bit; then tried playing with different brushes and tool on different layers; finally wiped the slate clean and proceeded to paint this: 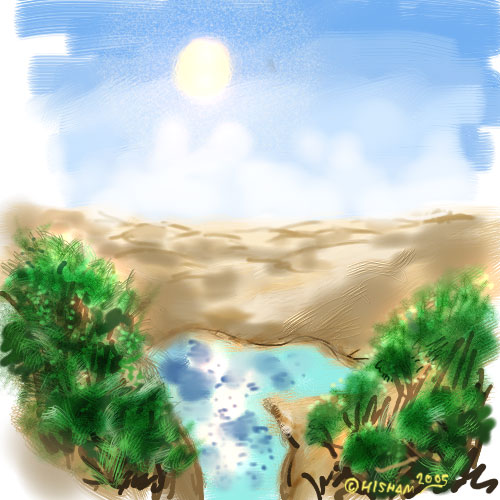 My first Painter-made art ever. My technique is still way out there. It’s gonna take some more practice to get myself up to speed with the new tablet and software. Ultimately, I believe that my work will go much smoother and faster on the computer.

Addendum: I just remembered that I had Open Canvas prepared for action in my computer. So, a mathematical equation came to mind. Graphire3 + Open Canvas + Hisham’s Tired Imagination = … 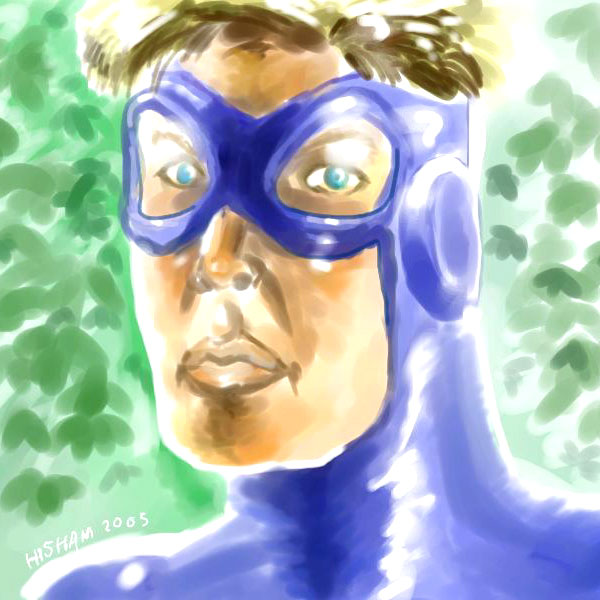 That’s one of my favourite DC superhero from the late 80s and early 90s, Animal Man.

Addendum 2: This is so much fun I can’t stop myself. 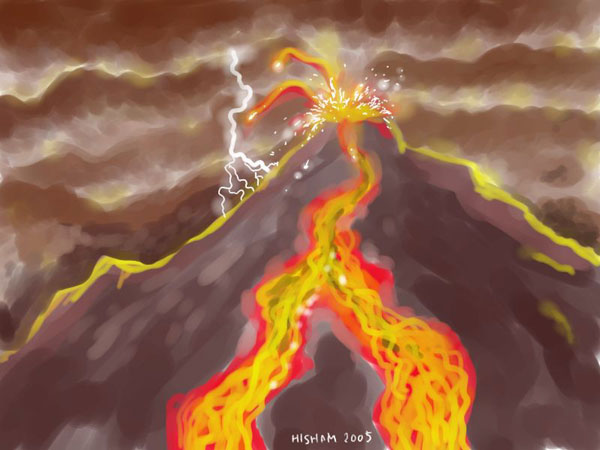