Recently I’ve been teaching Irfan how we played Battleship back in school, using a grid paper and pencils. And soon after, in addition to yelling “You sanked my battleship!” his cruise missiles being launched and flying it toward my ships were also being dramatised using hands and voice. 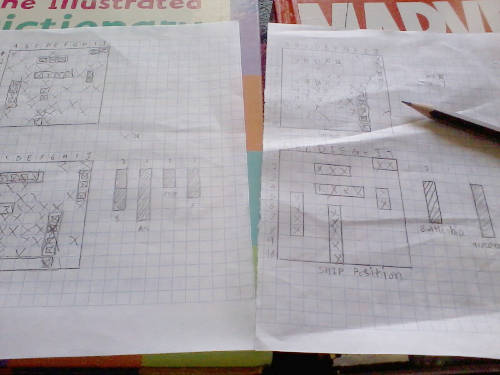 Later, he used his duit raya to purchase Battleship: Hidden Threat card game where the traditional game is ported to cards where you randomly array your battleships with your Missed cards in a grid, and you have a hand of different cards that you can play either to reveal your opponents’ cards, attack your opponents’ ships, repair your damaged ships, implement shields on your ships and even allow you to play more than one card per round.

It doesn’t take a lot of time to play, perhaps 30 minutes at the most, but we can easily bring it about with us anywhere and set it up for a quick game when we have the time to play it. 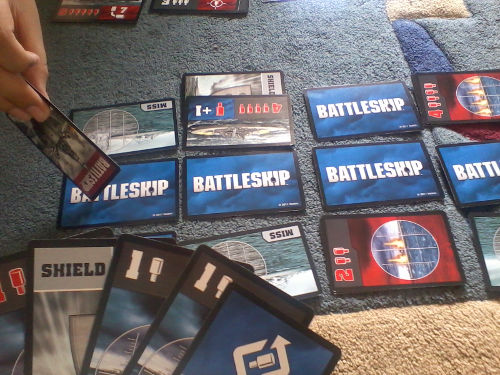 Not Really A New School Battleship