The subject matter alludes to the working title for the movie Return of the Jedi during its filming, to throw rabid Star Wars fans off its trail. It’s also the name of a fanzine in the early 90s, which I contributed some art and writing to.

So what’s blue and likely to be harvested in the Star Wars universe? 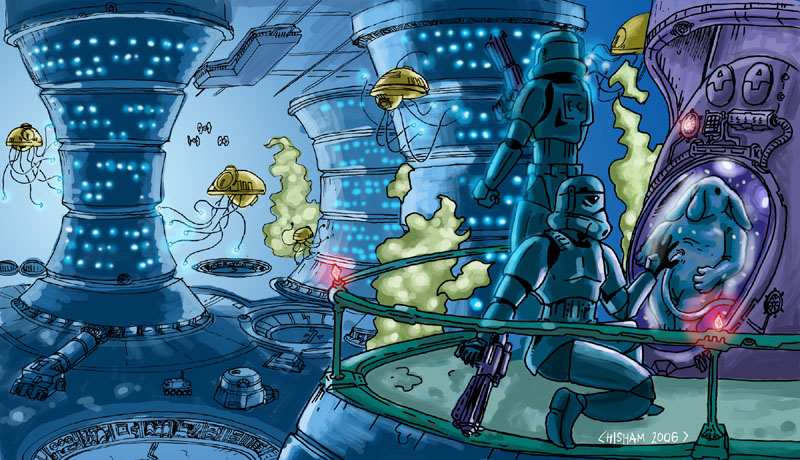 To view a bigger image, check out its entry at deviantArt.