The first confirmed recorded appearance of the Pale Nurses was in a hospice in Massachusetts in 1925, although there might have been unconfirmed activity hundreds of years before in hospices and monasteries that cared for the sick. As far as investigators and researchers are able to tell, the Pale Nurses have a blood pact sealed with some form of magic to relieve pain from the suffering. They have since come to believe that all human life is a constant suffering of pain and it is their duty to remove it by killing all life. When first they only slowly take over hospitals and kill off the patients, they have now moved on to summoning powerful extradimensional entities to wipe out all life on Earth.

Constant use of their arcane rites causes their skill to turn pale and sallow, with sunken eyes. Their nails are elongated and becomes tough and sharp as steel blades. Newer acolytes that has not undergone physical changes prefer to use scalpels and other blades to kill. Because of this there is a constant glamour spell about them to maintain the lie of human appearances among other hospital staff and patients. These cultists do not wear modern nurses’ uniforms and the glamour spell also prevents others from realising this, even after being noticed. Sometimes the Head Nurse is the one maintaining the glamour spell which only would collapse upon her death.

Although there have been more women than men sighted where the cult appears, there has been a few recorded instances of an all-men group around the world. 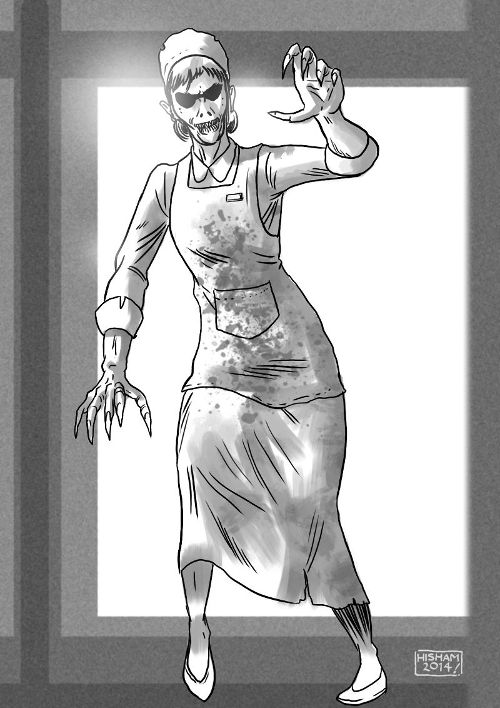 Nurses are usually helpful, not homicidal

CULT OF THE PALE NURSES, Alleviators of Pain

I made them up for the Call of Cthulhu game last week.