We visited Gua Kelam yesterday. Gua Kelam is officially translated as “Cave of Darkness” at the plaques we saw at the site. The cave is a tunnel that runs through a limestone hill for about 350 metres. Here are is photojournal of our visit. 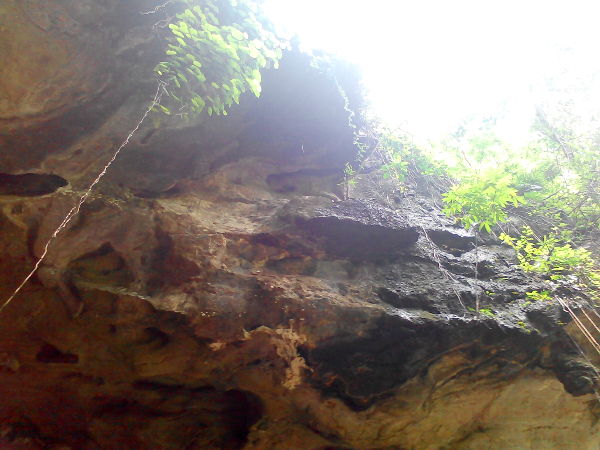 It had been a wet weekend with rainfall every day, aptly putting the “rain” in rainforest. Water was dripping from the leaves and roots and vines of the foliage above the entrance to the cave. 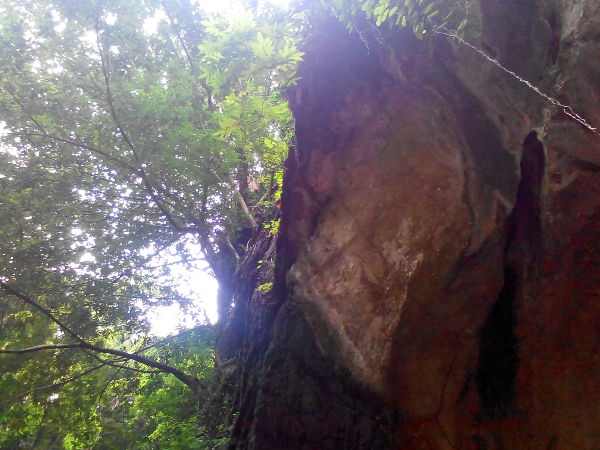 In the 19th and early 20th century, Gua Kelam used to be a passage for tin miners to transport their ore from the mines to their staging area. According to the plaque, many miners perished during heavy rains when the river flooded the cave. 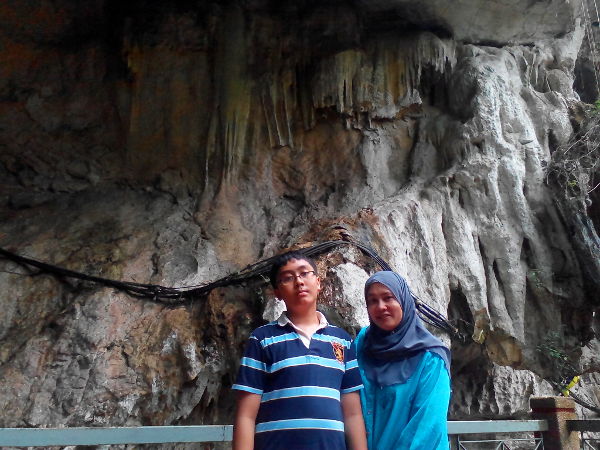 The walkway that traversed the entire length of the cave began at the entrance. At first Irfan hesitated at the thought of travelling on a wooden walkway into what appeared to be a dark cave with a raging river flowing beneath us. 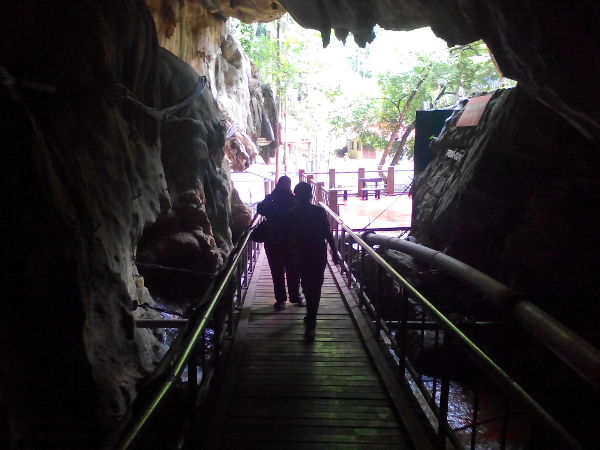 He decided to give it a try, allowing himself to travel deeper into the gloom while the roaring waters underneath assaulted our ears. 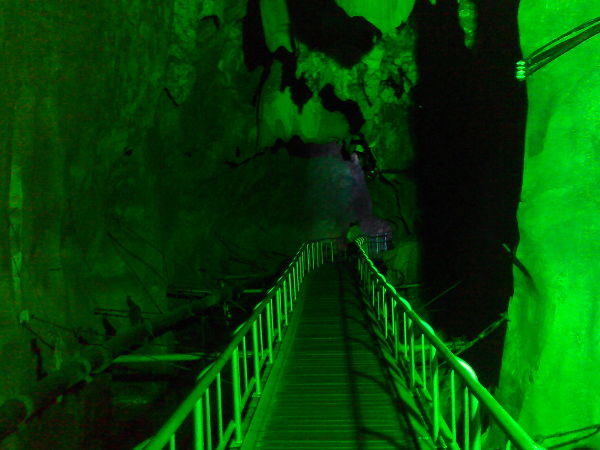 But most of the cave was well-illuminated, mostly by floodlights of green and orange. There was usually one floodlight in a single section of the tunnel which created long and deep shadows. 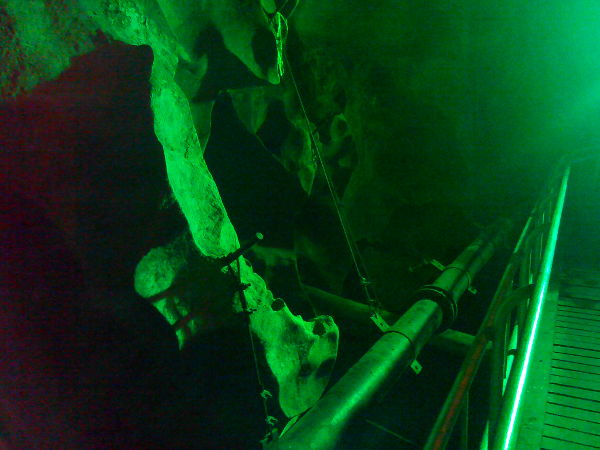 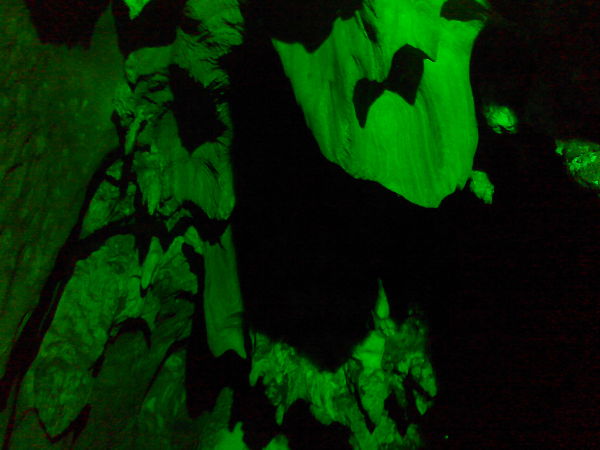 Water was dripping profusely down the stalactites and down the walls. We had to rush through some sections lest we get wet. 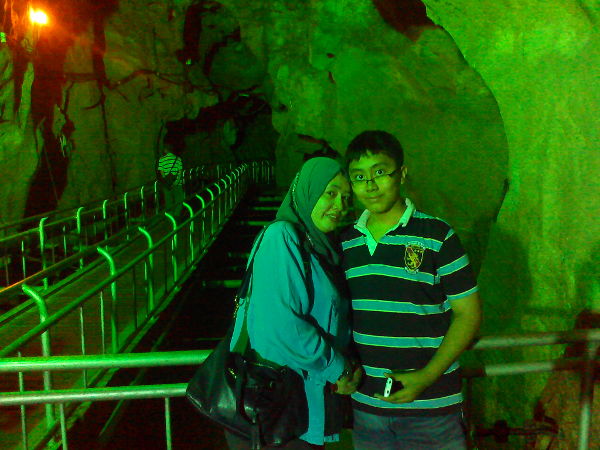 There was also a platform to rest upon and study the cave features, away from the walkway traffic. 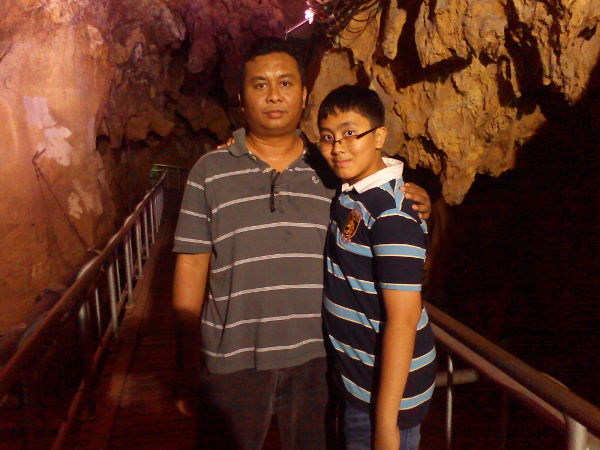 Near the far exit

We had to rush talking photos which we had to take time to pose because an entire troupe of tourists was gaining up on us from behind. 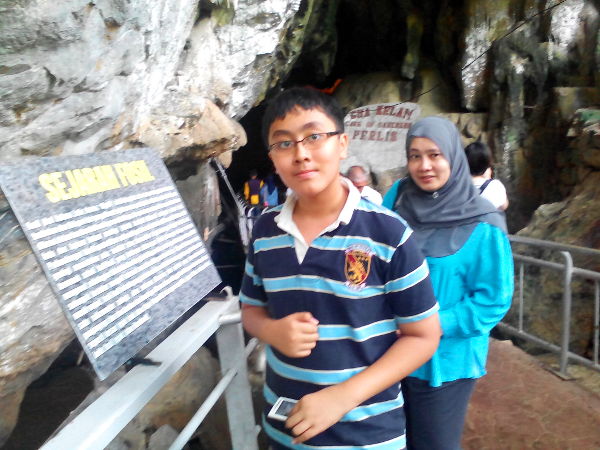 Breaking through to the far end of Gua Kelam, we found a picnic ground and a hiking trail. The area is well-kept and beautifully landscaped. According to the map there was even a camp-site further down the trail. 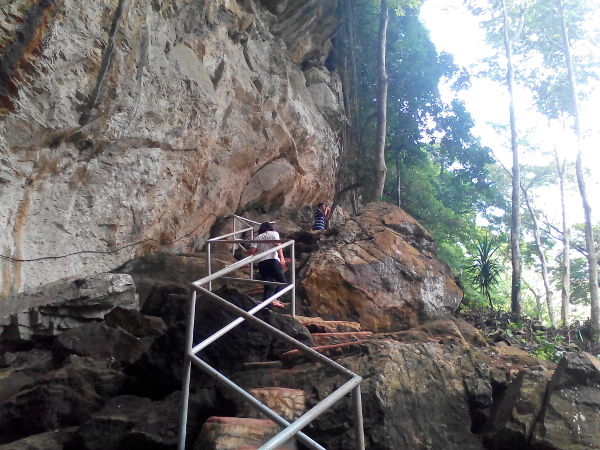 Irfan climbed up the steps of the hiking trail that led up. 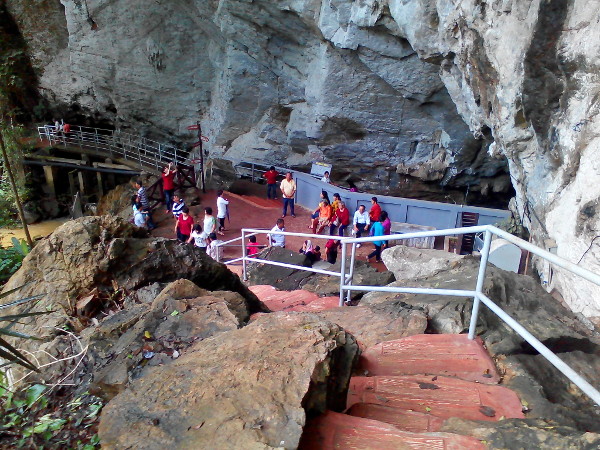 From above, we saw the tourist group flood out of the cave. 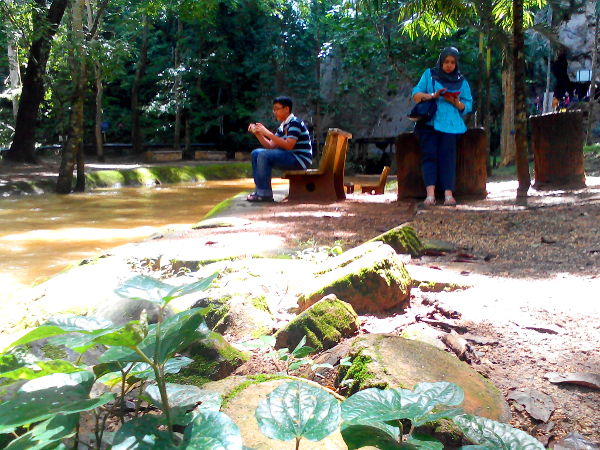 The roaring river in the cave became a calm but swift-moving stream out in the park. 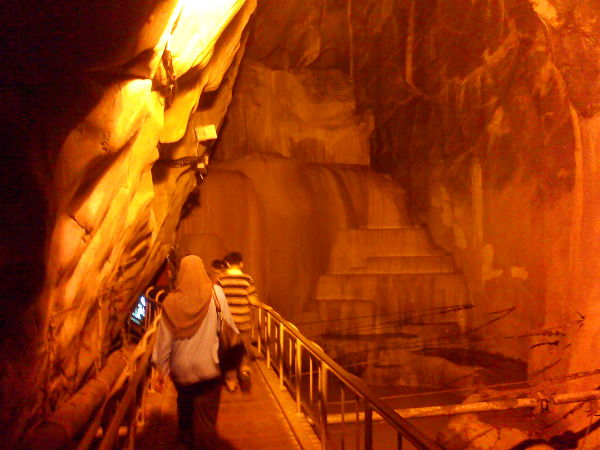 Heading back to the car

Then it was time to double back through Gua Kelam back to our car. Water was overflowing from one terrace down to the next in this chamber, then is fed into the rapids under our feet. Again, there was dramatic orange lighting upon the entire cave.

We might return there to spend an entire day exploring the cave and the park grounds some day.