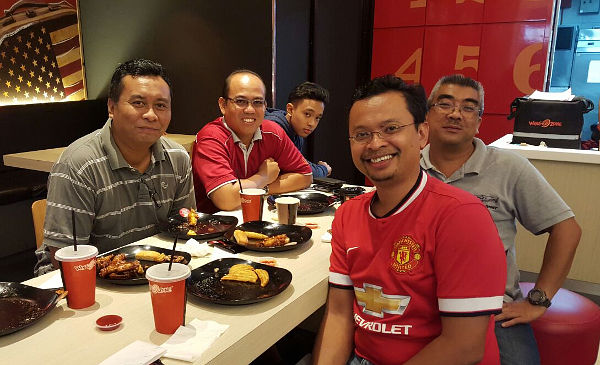 I called up Nazri to find out if he was in town for Eid and discovered that a bunch of folks from school were. There was a plan to meet up later that night at Aeon, at a chicken wing restaurant that I never went to before. Before long, Shahmar, Nazri, Sam and I had assembled there to talk of old times and new. Because the meet up went into extra time, the wives and children (including Ain and Irfan) went for a showing of Hotel Transylvania 2. We had to vacate the premises and relocate to the nasi kandar restaurant outside the mall to continue, where we were later joined by Din.

All in all, it was an enjoyable time meeting childhood buddies.