Static. A disjoint in time, and perhaps space. Venus is a thread in another wisp of memory.

I see red and grey skies over the maglev as it speeds toward the city of Ashoka through the dry, rocky Martian desert. I used to be Hokusai the neo-octopus artist, on the run from Nine Lives the soul stealing crime cartel. Now I walk on two legs in a ghost morph, in a physical body optimised for stealth operations. With me is the female async Quill, her telepathic mind percolating with a thousand paper cranes.

Back in Valles-New Shanghai, we are the only two members of Fastball Express hypercorp who answer the VR call from one Mr. Miyazaki. He gives us the time and invitation for an upcoming Zanzibar marketplace that would occur in 30 hours in Ashoka. There a neo-gorilla named Winston will be attempting to sell something valuable and rare: a handheld controller for a Pandora Gate.

My cover is Shankar, a game hunter. Quill is Devi. As soon as we disembark, Shankar and Devi blend into the Ashoka afternoon crowd. 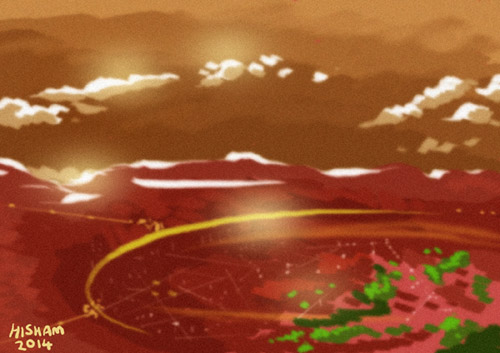 Ashoka is a circular depression in the surface of Mars. A transparent roof separates the sky from the city. Tourists invade daily, enjoying the eateries, the parks, the museums. The Viking Lander, the Pathfinder Lander and the Sojourner Rover, ancient Mars probes all now infused with AGI egos and cortical stacks are known to tourists for their historical lectures and talks here in Ashoka.

We notice things. Among the tourist crowd are occasional loners whose morph has the bearing of highly trained military personnel. We stay away from them and head for the bar named Dead Padawan, looking for contacts. The meatspace bar is a theme bar. It has an old Tunisian desert architecture and displays the theme of an old fan favourite movie: The Backstroke of the West, an old space opera tale told in its original Mandarin. Lines are piped into the bar from hidden speakers. “Smelly boy.” “Is that baby on the hoof?” “Send these troopseses only.”

Quill discovers from a contact that Winston is staying at the Hotel McConaughey so we head there next. The hotel’s emblem is a flat circle.

We check into a room two doors from Winston’s. Using off-the-shelf exploits bought from the hidden corners of the mesh, we take our time to break into the hotel security system. There is a neo-gorilla in the communal bath in the hotel basement, we discover.

We decide to get the Gate controller from Winston now before the Zanzibar marketplace begins.

I try to be a loudmouth hotel guest trying to reach the bath house, but Winston’s bodyguards block my attempt. My feeble attempts flailing as a human fail. How do these mammals spread throughout the solar system with such a limited central nervous system? Perhaps they didn’t. Perhaps the TITANs which they created but turned on them won the war and wiped us all out, and this is but a dream.

Or perhaps I should not have overused my chameleon skin to give the guards an impression of a bikini tan line. Especially not on a male morph.

Quill’s turn to try and she succeeds, bluffing her way past the bodyguards at the door. I learn later what happens. She slides close to Winston in the pool, blathers rather well that she wears out Winston. The gorilla falls asleep in the pool and she obtains access to his mind – using her brain which is somehow entangled with an infinite number of other Quills in an infinite number of other parallel universes – and discovers where the Gate controller was hidden.

The Viking Lander has it. 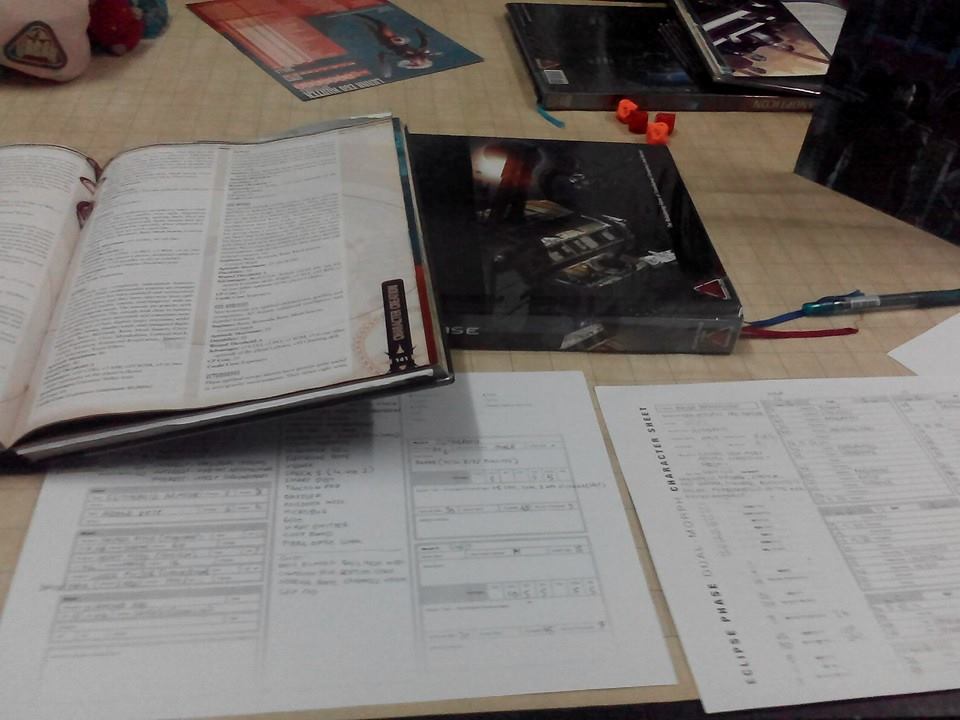 I never had a ghost morph before…

It is late in the evening when we reach the Viking Historical Museum in the open air park. We wait for the last of the tourists to leave before we emerge from the shadows. We dance, ducking and pirouetting to stay out of the Museum’s mesh-connected security cameras. It is slightly easier to do so while sleeved in a ghost morph. My chameleon skin chromatophores allow me to emulate dark human skin.

I blend in shadows well. For a human.

Still, I miss my octomorph body. Adapting to four limbs instead of eight is probably like humans having to adapt to one eye instead of two.

The Viking Lander stands alone at his position, over Martian soil. He is still in his original morph created by humans before the Fall. Immobile, but mesh connected, I can only guess what mesh sites the Viking lander is surfing at the moment. I am unsure if the AGI driving the ancient synthmorph is Viking 1 or Viking 2 and have no time to check on the mesh. Perhaps Viking 2 wears a moustache.

Quill wishes she wore a swarmanoid sleeve – an airborne, distributed-intelligence swarm of paper cranes. Senbazuru morphs should be a thing.

Game time. I roll an EMP grenade at Viking, no wheels with which to evade it. A burst of light. Sparks. Smoke. We sprint toward Viking, now totally immobilised and without power, and hide under it. Cameras are still probing the park.

A quick search on his body reveals nothing. Then I spot a patch of loose soil within Viking’s arms reach. A quick dig turns up a buried silver container. I open it: it is a Gate controller. The Gate controller.

But according to information sifted from the Mesh this device looks no other Gate Controller. Different UI/UX. Different protocols. Totally unfamiliar.

We depart before the troopseses arrive.

Less than an hour later, we are on a maglev back to Valles-New Shanghai to brief the rest of the Fastball Express executives.What do we do with this Gate controller? Do we hand it over to Mr. Miyazaki and what would he do with it? Do we infiltrate the Pathfinder Gate, under the control of Planetary Consortium, and test our prize?