The last of the series of three Future Player’s Companion books is now released: Future Player’s Companion: Tomorrow’s Evolution. Written by Gary Astleford, Neil Spicer and Rodney “Moridin” Thompson and co-illustrated by Jacob Elijah Walker, the supplement to Wizards of the Coast’s d20 Modern and d20 Future has all you need for advanced sci-fi characters from cybernetic enhancement to new gadgets to effects of drugs and medicine in a science fiction setting.

Here are all some of the artwork I contributed to the PDF supplement. For the previous two books, pencilling and inking were done with a regular pencil and pen, then the pencils are erased while the inks are scanned and greyscale shadow is added in the computer. For this book, only the pencils were done out of the computer. The line inking, lighting and shadow effects were all made digitally with the graphic tablet.

Update: To view all the following artwork at a higher resolution check out my deviantArt gallery here. 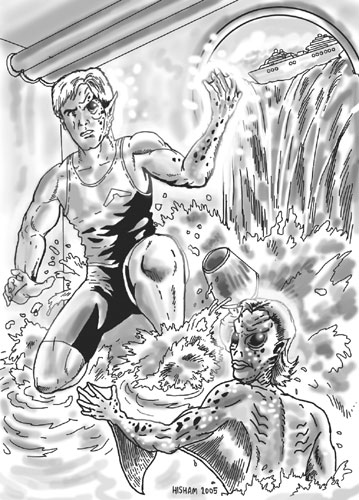 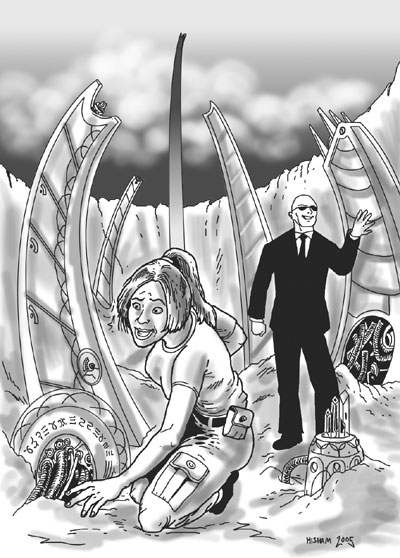 Find of the Century 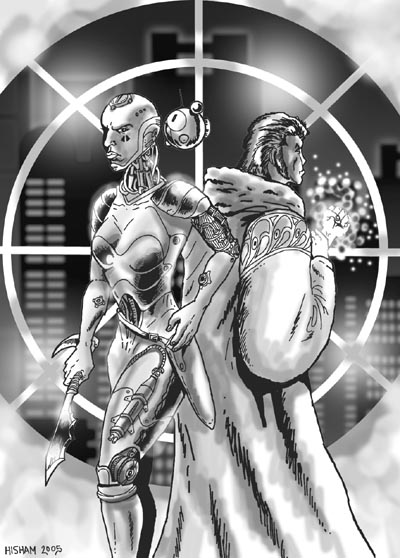 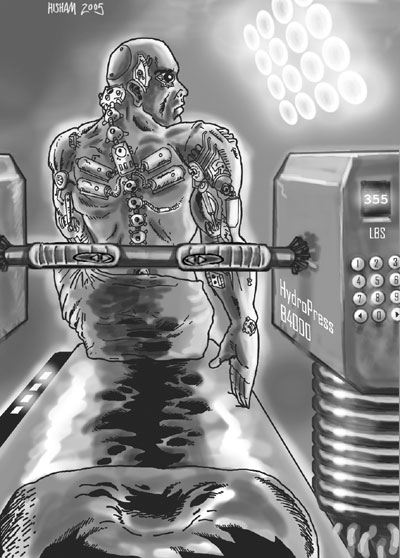 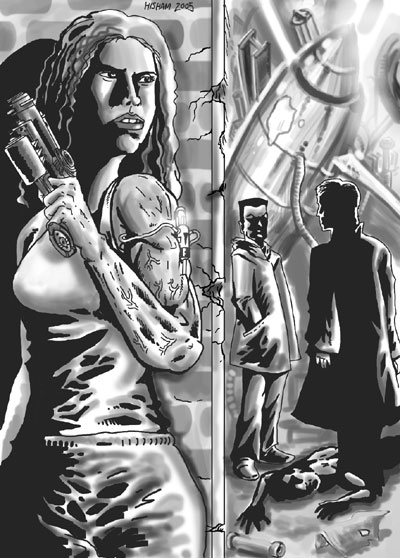 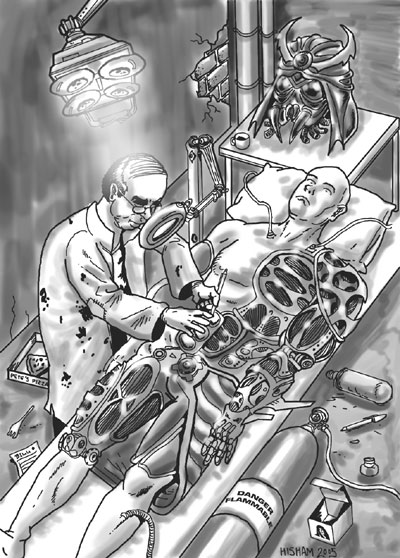 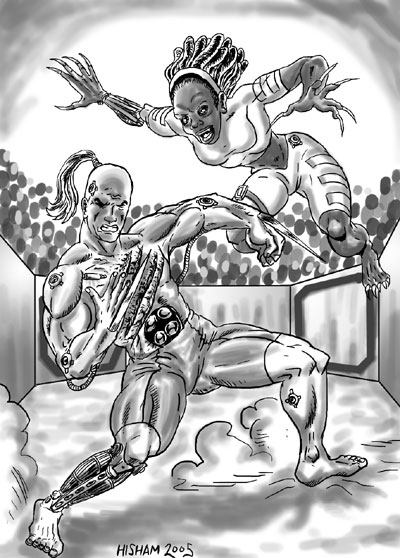 A Night at the Octagon 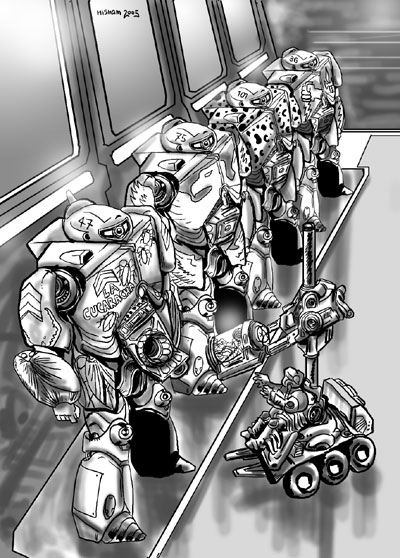 I Ain’t Got No Body 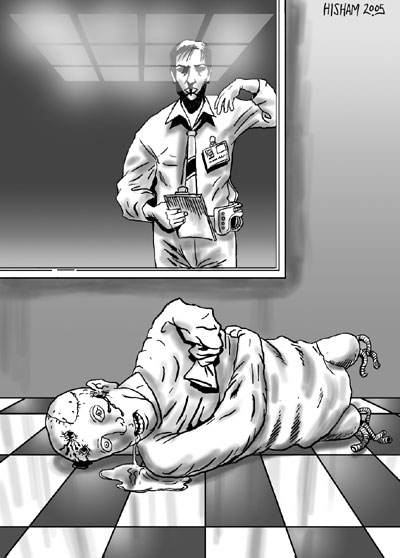 Reality on a Finer Scale 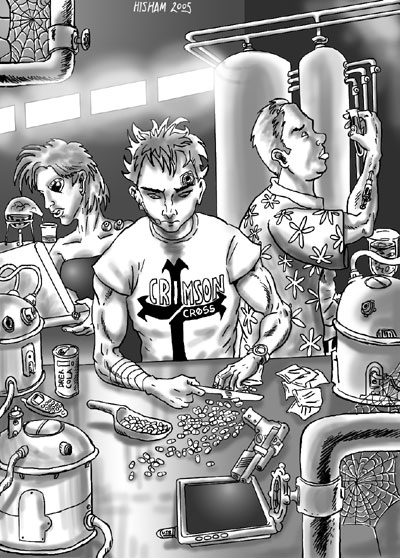 Crackhouse of the Future 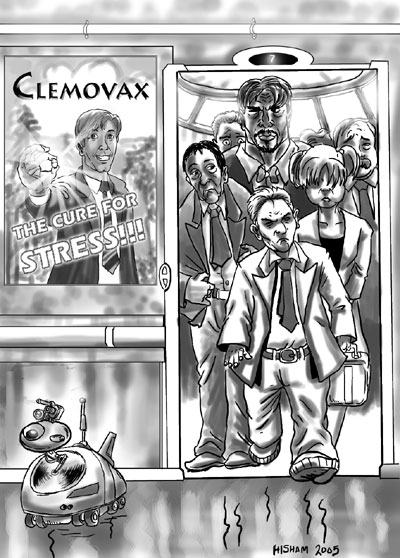 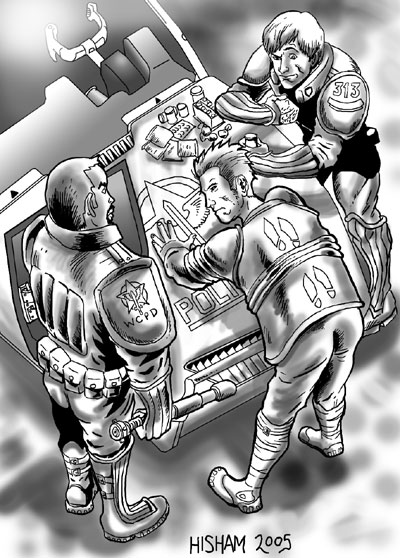