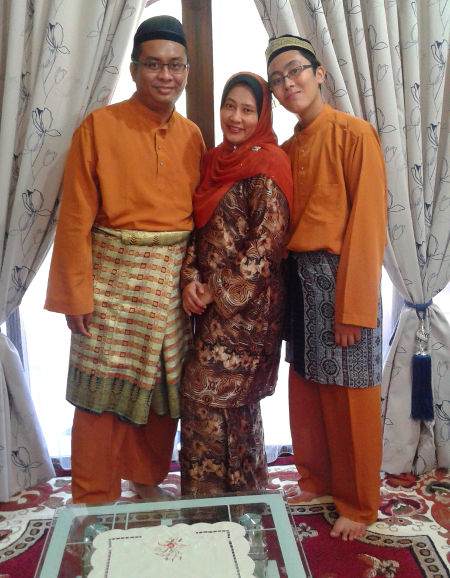 Eid was on a Friday. Irfan and I walked to the masjid, and almost missed the Eid prayers but got into the back line just in time. 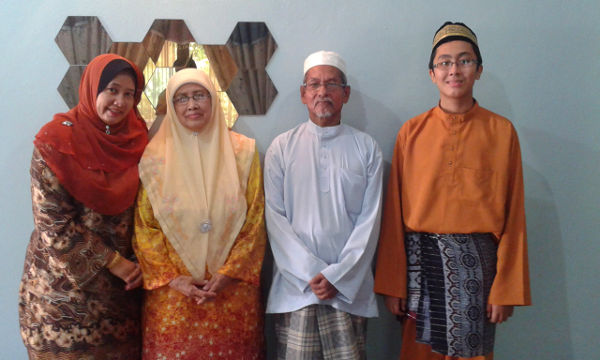 The first day of Eid there was curried-fried spiral pasta with rendang and ketupat palas. On the second day there was nasi dagang Terengganu, Tok Ma and Ain’s speciality, which was a favourite among visitors! Also, Irfan stunned everyone with his height. 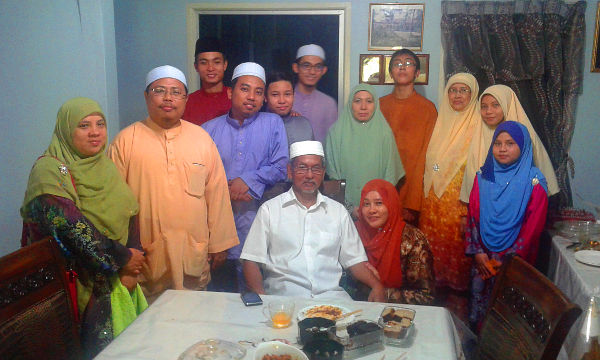 This is just a fraction of the Eid visitors

Irfan was ecstatic that his cousin Aiman was there. They played all day whenever Aiman was not at his other grandmother’s house. Here he is trying to wake Irfan up in the morning. 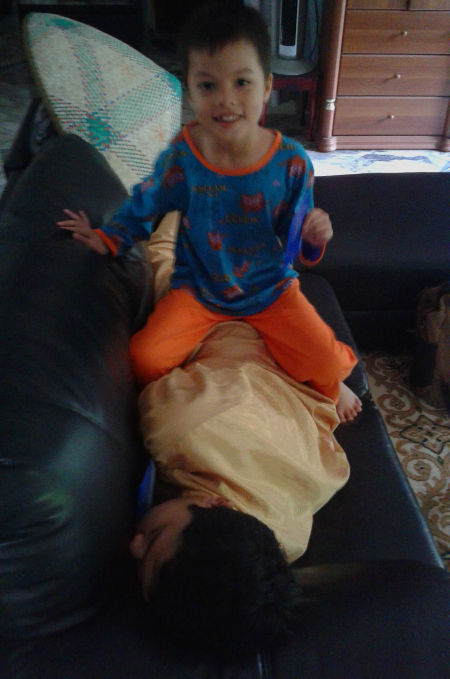 Among the games they played was the Empire vs Rebellion Card Game which they played at the Beginner’s Level with some house rules. Aiman grokked the house rules very quickly. 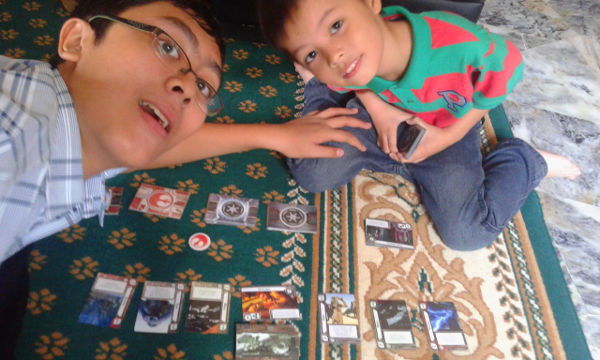 Irfan also met a newborn second cousin. She appeared to take to Irfan pretty well, grabbing his finger and smiling back at him. 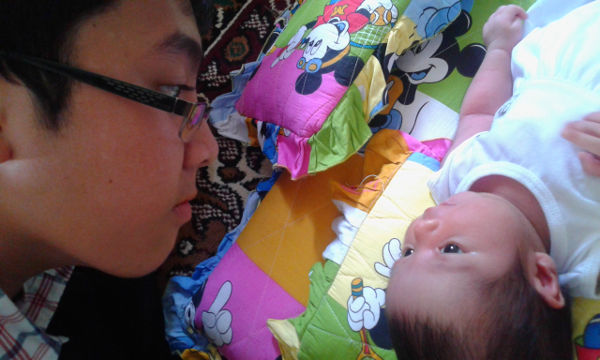 Sometimes. Irfan and I look at the trees and try to spot the family of squirrels jumping from branch to branch in the woods. There were plenty of squirrels abound raiding the rambutan trees, causing many a good fruit to fall. 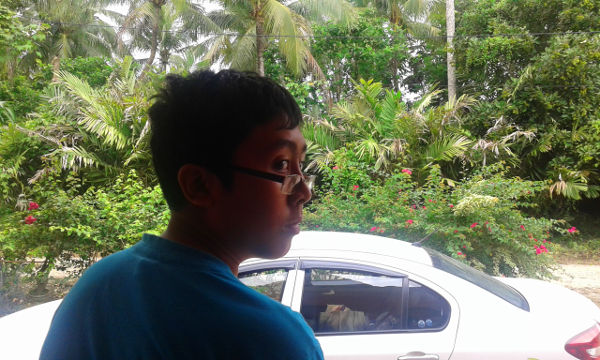 Then it was time to Aiman and his family to return to the Klang Valley. 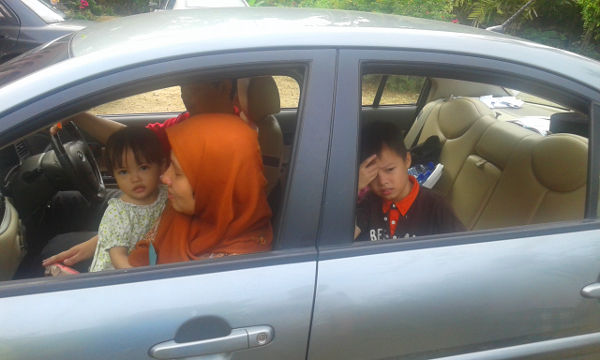 Zara has a rare “looking at the camera” moment

The next morning, it was time for Cikma and her family who came all the way from Kedah to return there. 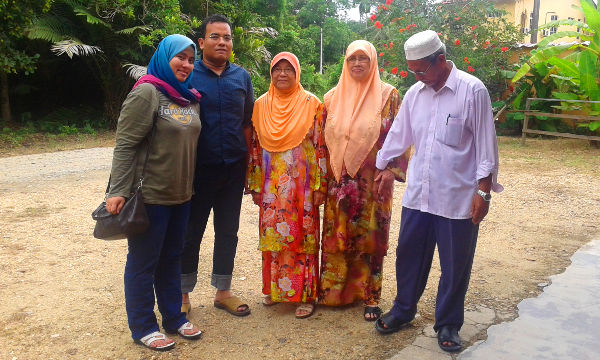 It would be our turn to head home the following morning.