One of the things I hate most about living here is the periodic invasion of unhealthy particulates that floods (and I mean floods) the entire region, known in local jargon as haze. Once I thought why not call it smog cause that’s what it essentially is, but know I know that such an evil, soul-sucking phenomenon should have its own unique name.

Now, I’ve reported this before back in February but that old thing was nothing compared to what we’re experiencing now. This haze should have been declared a major disaster, starting early this week.

The haze and I go a long way back. The last major haze activity occurred in 1997, but that was caused by burning in Borneo to the east. West-blowing winds smogged up the east coast of Peninsular Malaysia, which bore the brunt of the onslaught. Of course I had to be working there at the time.

Now 8 years later, Sumatra is burning because of their reportedly agricultural practice of setting their farmland ablaze before replanting. And the winds are pushing the thick, gigantic cloud of smoke towards the west coast of Peninsular Malaysia. Additionally local fires are helping to worsen this problem. Apparently the Klang Valley is in the path of the worst of this haze. Of course now I have to be living here.

Everything is yellow, the colour of the sun diffused. Anyone who says that visibility is anything more than a kilometre is lying. The smell of smoke permeates everything. Thankfully for the kids, schools are closed for the week. But I wonder what good that’s would be since haze this thick would obviously also saturate the air in houses, unless one lived in an airtight, closed environment dwelling with a built-in atmo scrubber. 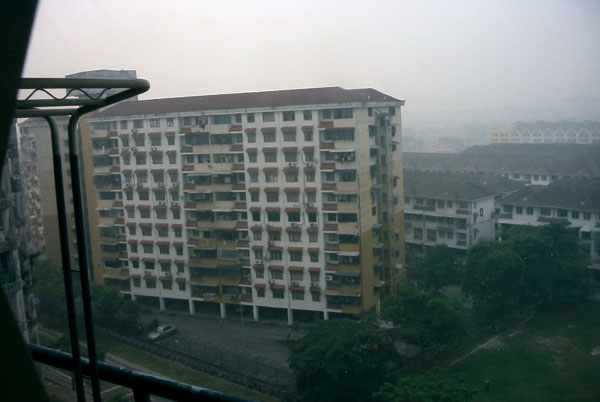 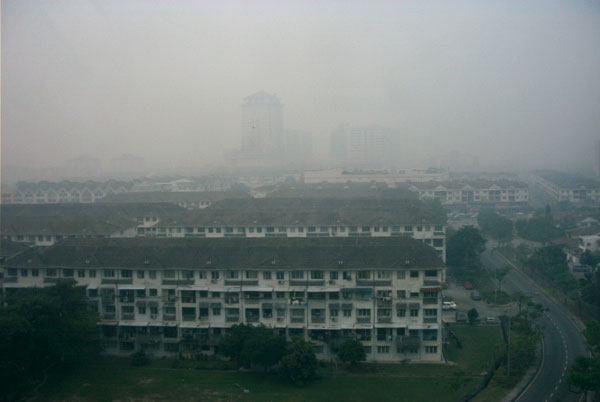 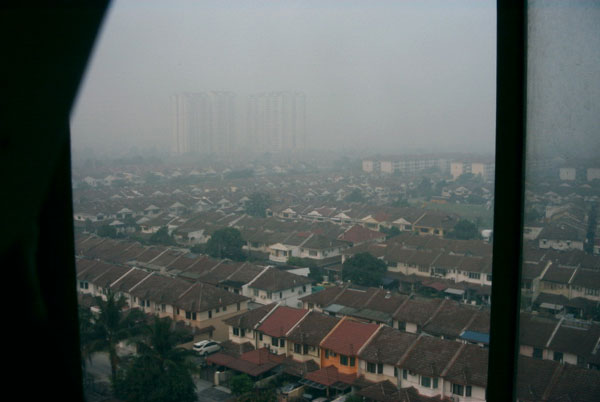 …nor the Middle Ring Road 2 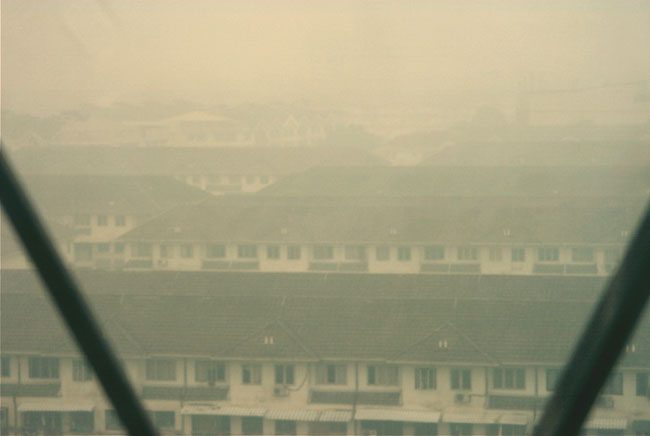 And if that’s not a problem enough we have these damned tripods to deal with. 😉 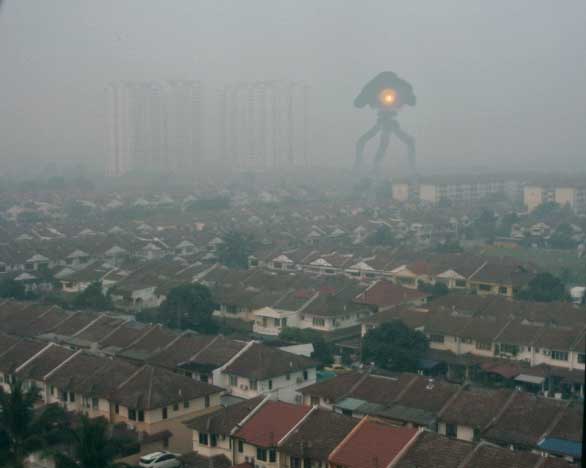