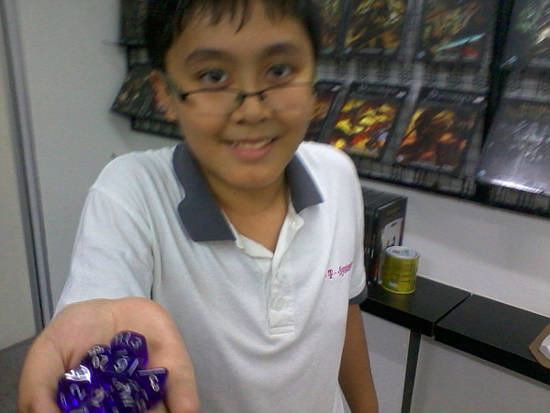 Purple polyhedrals from Comics Corner down the street from Wira

Earlier today, there was an Eclipse Phase game at Wira Games and Hobbies in Subang Jaya. Irfan came along for the ride. At first his plan was to buy his own set of polyhedral dice. His Own Stuff that he’ll be able to use with games like Swords and Wizardry whose quickstart he’d printed out. Then he planned on reading or watching us play. However, Chang, the owner of Wira Games had a better idea. 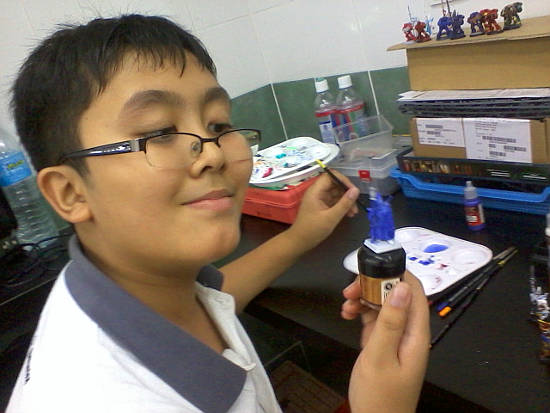 Base paint for the High Elf mini

He and his staff taught Irfan to paint Warhammer Fantasy miniatures, starting with a High Elf mini. 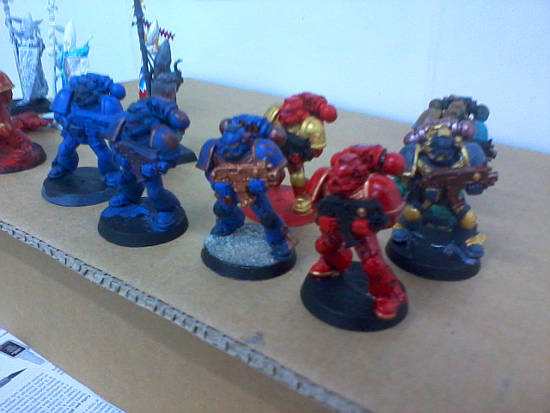 As the GOKL ran Eclipse Phase – noisily, according to Irfan – he sat at his workstation to complete his task. On the shelf above him were some WH40K Space Marines that were drying. 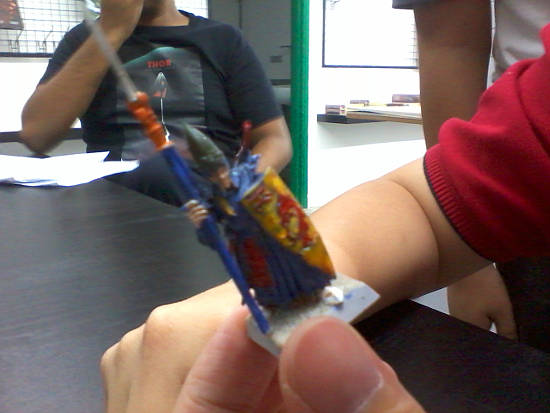 The High Elf is complete

When he was finished, he showed me the result. 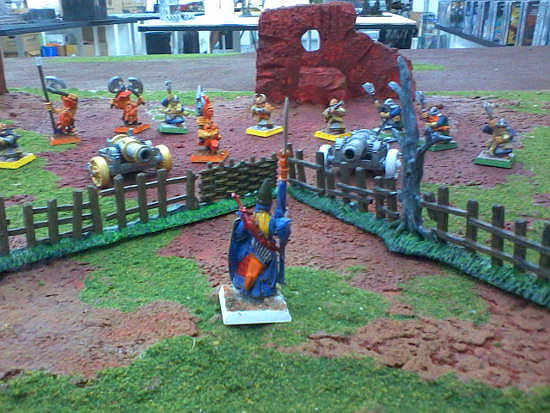 Irfan took a photo of his High Elf with other minis on the table. 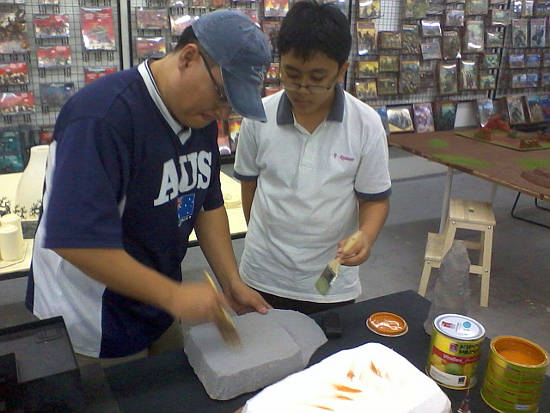 The basics of terrain building and painting

Chang then showed Irfan how to make and paint terrain using styrofoam, and gave him the High Elf piece to take home.

It was quite an enjoyable Sunday for Irfan!