Our recent foray back to Kelantan during Aidilfitri rewarded Irfan with a new responsibility. A Siamese fighting fish, given to him by his Tok Cik Mi.

I told him don’t, because the car is not really equipped to physically hold a live fish travelling eight hours at night, rocking and rolling over the mountain road. Irfan would be (and was) asleep for most of the trip because of our nocturnal journey. Despite all that, the fish survived all the way to Kuala Lumpur.

The following week, it survived a two-way journey between Kuala Lumpur and Sitiawan, which was nothing compared to its previous adventure.

Today, Irfan and I went to an aquarium shop and bought some stuff to beautify the fish’s otherwise spartan living environment. 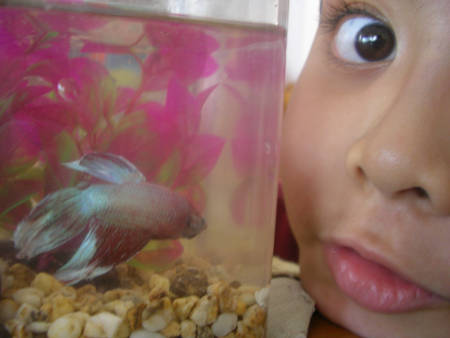 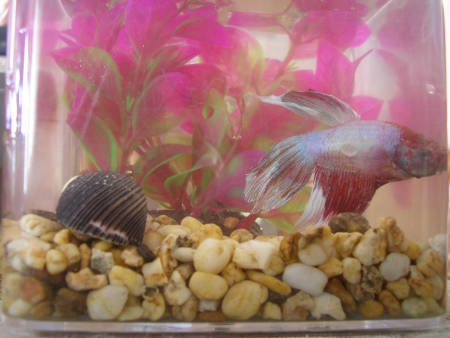 The betta with no Jetta

What else does a fish need in its aquarium? A phone extension? Hair curlers? Drapes?