Some time last month I received an email notification of an Introduction to micro:bit Workshop for schoolchildren to be held at the Mechatronic school at the university, and so we enrolled Irfan. 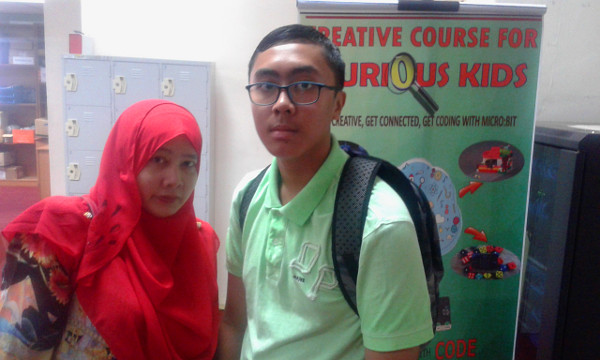 At the entrance of the computer lab

It was a full day’s programme. Ain and I decided to save our transport fuel by hanging around at the expansive computer lab. Because of that I got to play around with micro:bit as well. 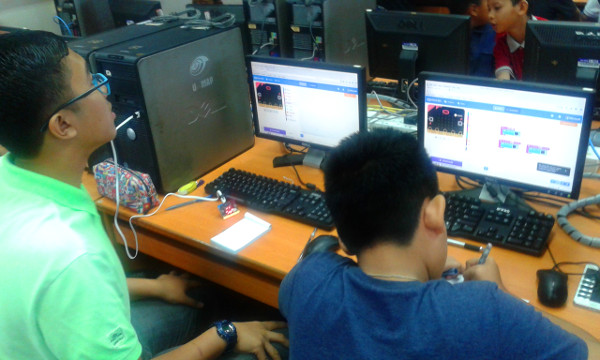 One computer to a participant

To my surprise all the desktop computers in the lab were installed with Linux Mint. 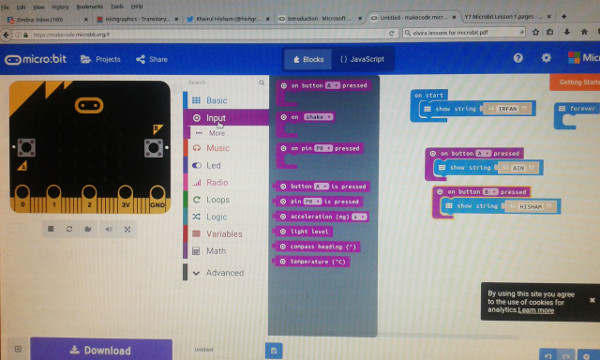 The micro:bit is a small but multi-functional system with a processor, sensors, output jacks, LEDs and USB port. It can be used in conjunction with other hardware to create amazing tools. It can be programmed using a Javascript Blocks Editor online. The online editor has a handy virtual micro:bit for you to test out your program live. You can experiment with the micro:bit code yourself here. And then your program can be saved into and run by the meatspace micro:bit. 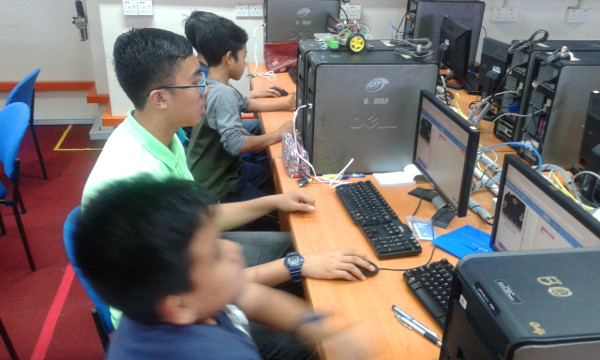 The bot is plugged into the USB socket

He was taught the basics of coding the micro:bit. He (and I) got to program and experiment with even the magnetometer and accelerometer sensors! 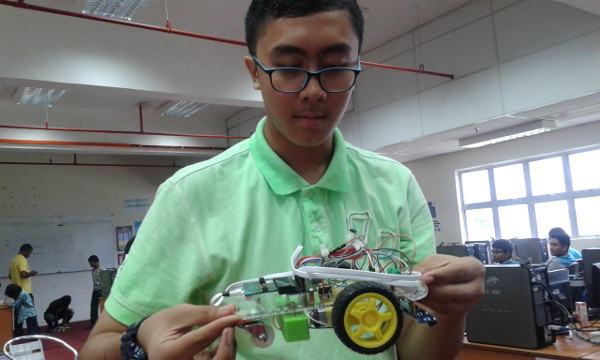 Ultimately, the teams in the workshop were tasked with programming the micro:bit to drive this roller bot in a simple maze. View the team’s tests and various attempts at navigating the bot.

Above: Irfan and his teammates’ test runs of their bots. 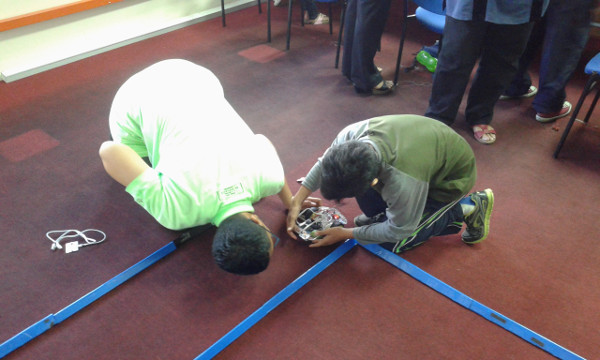 At the entrance of the robot maze of doom

Irfan and his teammates prep the bot for its sojourn. However, despite their near success as can be seen in the test run video above, the team was unable to program their bot to travel correctly, especially not without hitting the maze wall and stopping it in its track or ricocheting on the wrong heading. 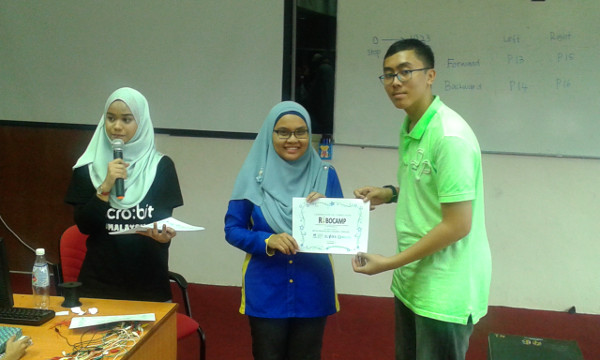 A certificate of some sort

Even though he did not win a prize, Irfan accumulated a lot of knowledge in programming and robotics during the event. 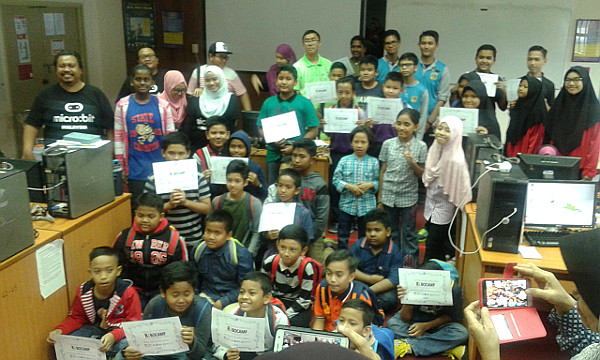 A group photo ends the programme

He hopes to be able to attend another workshop should there be more in the future.