I forgot to mention in the previous post that Sam and I spent the night at Ambhara hotel. It was quite a comfortable place to stay, with a shopping mall (whose name escapes me for now) right across the street from it. For some reason we were too lethargic when we arrived all we could do after ordering room service – I ordered the nasi goreng pelangi – is fall asleep until sundown.

That night our contact met up with us at the cafe downstairs for the next day’s big meeting preparation, then Sam and I went to the mall across the street where he had bakso and I had nasi goreng omelette. I had no idea it was nasi goreng dumped on a humongous omelette – which was delicious, so I ain’t complaining.

After the big presentation the following day, we had to head back to the hotel to prevent getting caught in the traffic jam which might make us late for our 1905 hours flight back to Kuala Lumpur. Even without the rush hour traffic jam, the trip from the hotel to the Bandara Soekarno-Hatta would take us just under an hour.

In the meantime I took some pictures. Check it. 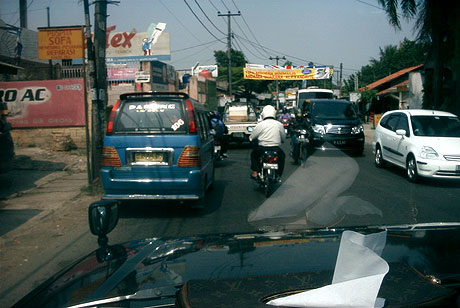 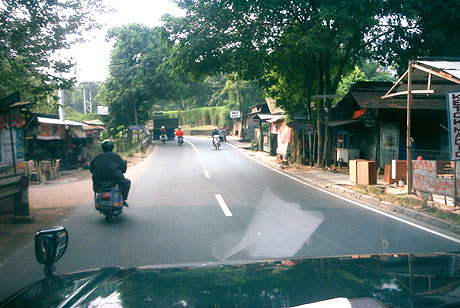 Check out the two photos above. Looks like we were travelling through a road in Gombak, no? 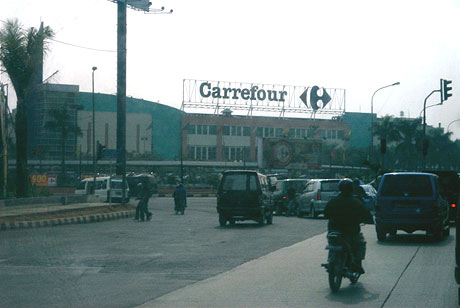 And look they have one of those here too. 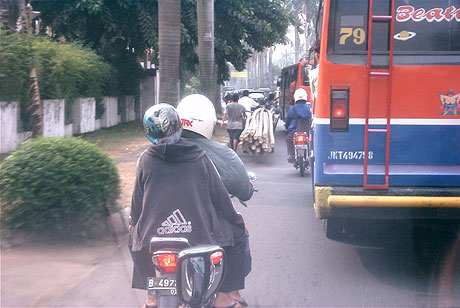 Bikes bearing bamboos! I haven’t done that since I was in the Scouts back in school. 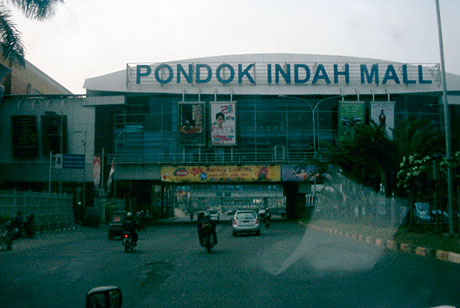 Pondok Indah Mall appears to be quite a grand affair

See that structure? That’s merely the bridge between the two mall structures. You might think it’s something like One Utama, but if you look closely, you’ll see in the distance another bridge connecting the two wings of the of the malls. It’s like One Utama times two. It’s freaking Two Utama. 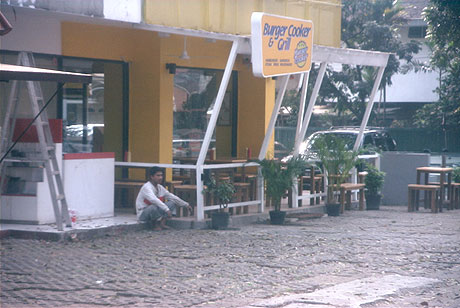 And before you people in the peanut gallery ask, yes I basically took most of the Jakarta photos while in one car or another. 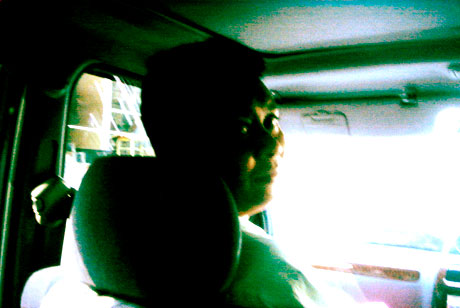 A false colour filtered image of me

I got it after fiddling about with the image brightness, contrast and saturation trying to brighten up the picture… which was dark. Looks crappy. 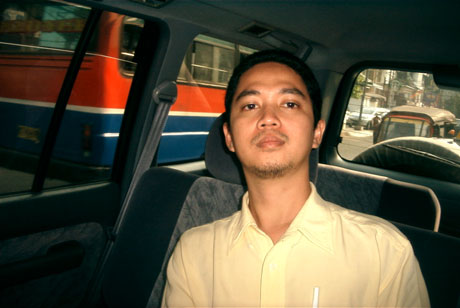 Sam in the back seat

We were stuck in a massive traffic jam here. And we were dead tired. I was very thankful for the car’s air conditioning.

Finally we arrived at the hotel, picked up the stuff from the room and proceeded to the airport with a Silver Bird cab, hoping we would not be thwarted by the gridlock. 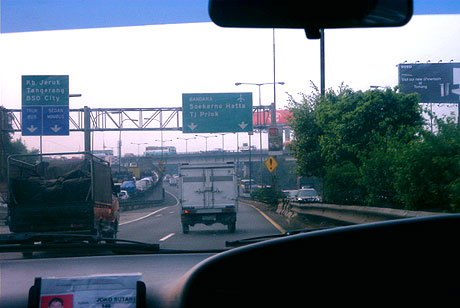 We’re on the way home

See? It says Soekarno-Hatta on the signboard there. See? 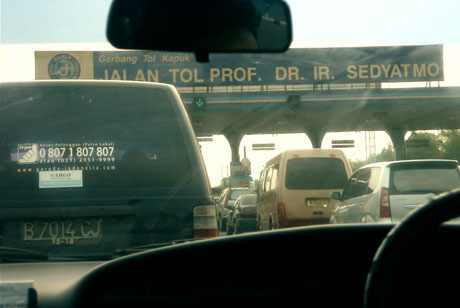 The last image here is our cab approaching a tollbooth on the highway toward the airport. On both sides of the highway were mangrove swamps. It looked very clean and well-groomed, two adjectives I would never usually associate with mangrove swamps. There seem to be some aquaculture activities scattered throughout the swamp along the highway. I didn’t take pictures of them, sorry.

And finally we got to the airport, had a late lunch, and went back home to the Low Cost Carrier Terminal of the KL International Airport. No pictures here as well. They’re still imprisoned in my cell phone.

Some day, I’d take Ain & Irfan with me back here for some sightseeing at some sites recommended by the people we met here.