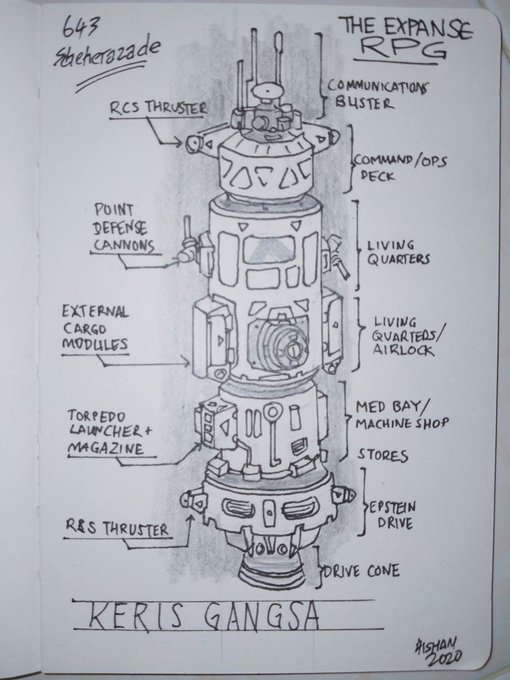 Here is my sketch of the Keris Gangsa. The Governor of 643 Scheherezade (also known as Zadi) comissioned her to keep its surrounding waters safe from pirate attacks. She also performs runs to nearby colonies and settlements for various official errands.

In the next session of The Expanse RPG: Scheherezade Tales, Irfan’s player character Kazuo Khan will join the team as a Liaison Officer for Scheherezade. Additionally, he will also be a Gunnery Officer and working under the Security Officer.

The Keris Gangsa, despite its name, is not based on any traditional South East Asian melee weapon. It is, however, the first badge Malaysian Cub Scouts in Primary School earn on their way to being a King’s Scout.