This is not a full actual play report of the recent Night’s Black Agents session gamemastered by Kai, but it highlights one of the reasons why I roleplay. One of the many descriptions of a tabletop RPG is a cooperative storytelling game where the gamemaster (GM) sets up a story and referees in-story conflicts and their outcomes. At the same time, players act accordingly as characters in that story and also provide foil for the GM to feed information and story points back at the players in a dramatically satisfactory way, if possible.

In a way, we are reading a spy novel or watching a spy movie as we are developing it together.

Here’s what happened which involved me playing the Bosnian wheel artist Zlatan Kljujic:

But First, A Campaign Recap

Here’s what happened beforehand during the first three game sessions of the “Eurovision Song Contest Job”:

The agents received information from Rose of the Camon Gang that they’d found a relative of Vin, their Romany hitter who displayed vampiric characteristics. This cousin is one Milla Cesarescu, a singer for a Romany punk band Half Kingdom who would be participating in Eurovision Song Contest 2013 in Malmö. Milla had publicly announced that she was going to unmask racist elements in the Swedish government and upon arriving at Malmö, Jacob, Sami, Abraham van Helsing discovered that a white supremacist terror group had targeted her.

Meanwhile Misha, Abraham Lincoln and a new addition to the company, the cleaner and medical examiner David Verdasco who stayed back in London to monitor the remnants of the Camon Gang witnessed the slaughter of Gary Camon and his men by an unknown group who displayed superhuman strength. The gang’s terrified survivors, Rose and Mister Grey, joined up with the agents, informed them that Vin had been taken and wanted their help to leave the country.

Back in Sweden, while Jacob and his media contact Ebba Östberg investigated Milla, discovering that one of the terrorists named Mikko Mikkel-Mikkelsen displayed superhuman strength and limited mind control abilities. Sami and Abraham van Helsing shadowed Mikko while gaining a shadow themselves, one Snorre Dahlquist, a special agent for the Swedish Ministry of Health. Thanks to Sami, Snorre – who had also been investigating the terrorists as well – became an ally.

As Misha and David smuggled Grey and Rose out of England, Snorre, Sami and Zlatan tracked Mikko to a cottage in the woods near Nybro. In the cellar, viewed with a endoscope, Zlatan discovered Nova Lind, the aging mentor of Half Kingdom who disappeared some years ago, strapped to a chair being drained of blood, which is used to give the terrorists the superhuman strength.

Zlatan of course had made his mind up what these creatures are. 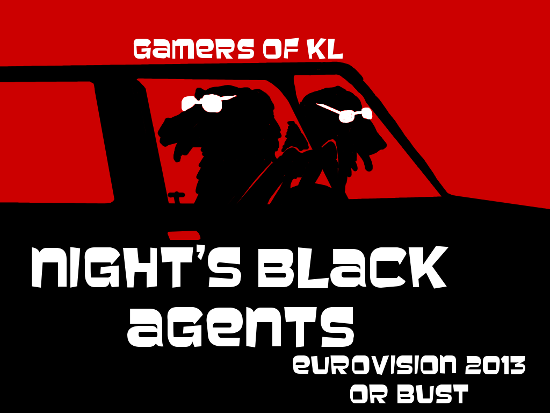 But Second, A Zlatan Recap

As a young boy, Zlatan saw his parents and two elder twin sisters torn to shreds by feral creatures near their village of Međeđa in Višegrad, Bosnia. Although he was raised by his uncle, then sent to the United States for studies where he dropped out and was recruited by Case Protection Services – a private military contractor – as a driver for their vehicles in Afghanistan. But he never stopped trying to find out what it was in the woods that killed his family. Upon encountering the likes of Vin and Mikko, he knew that he’s never been this close to finding this out.

Bearing in mind the history I wrote for Zlatan this was what happened:

After creating a fiery diversion at the far end of the cottage, Zlatan – being the closest to it – acted alone to break into the cellar from outside doors. Sami, Snorre and Snorre’s squad of policemen began an assault on the cottage from the front. Zlatan killed a thug and shot the doctor attending Nova in the knee using his pistol.

Then he went off the rails.

Against the mission objective, Zlatan grabbed a wreath on the wall and held it to Nova’s forehead, burning her. He threatened to kill her with a gunshot to the head if she does not give him information on whatever it was that had killed his family. Zlatan even grabbed the wounded doctor and held him close to Nova, who suddenly grew wolf-like features and sprung fangs in her mouth in an attempt to bite on him. Then Nova, physically weak because of the terrorists literal blood-letting, communicated telepathically with Zlatan, imploring him to release her and promising to tell him everything he wanted to know.

In game terms, he failed a Stability Check and his Stability is depleted to ZERO!

Thankfully, before Zlatan lost his full mental faculties, Sami arrived to help him wrap up and cart Nova Lind away. Sami also threw the local police off Zlatan’s and Nova’s scent while Zlatan got her to the car and drove away with her to a safehouse at Sønderborg. Throughout the drive, she kept imploring  Zlatan with her mind to let her go. It took all his strength not to stop and blow her head off.

The GM Throws a Curveball Back At Zlatan

Zlatan arrived with Nova at an aerodrome in the outskirts of Sønderborg, which belonged to his contact Rolf Klaschka. Leaving Nova in the car, Zlatan had a long sleep in the lounge.

After Misha, David, Abraham Lincoln and Rose arrived at the aerodrome, they planned to meet up with Jacob, Sami and Snorre halfway between Sønderborg and Malmö, an abandoned factory near the town of Middelfart where they would interrogate Nova. Ebba had earlier lured the police away from the group when they started for Middelfart. Also with them was Nova Lind’s niece and the manager of Half Kingdom Zoe Lindstrom.

Sami had eventually divulged to Snorre almost everything they knew, including why they had to keep Nova and convinced him to trust them.

There, she revealed that she had been infected a long time ago, and with her new powers she was killing and feeding on violent undesirables and gang members at night in the streets of Malmö. She had no regrets and was convinced she had done the right thing for her beloved Malmö. She had been abducted by Mikko’s group and was their captive for some time. They experimented with her, drained her blood to give her power to their operatives who had planned to attack during the Eurovision finale.

At this point Zlatan had begun to empathize with her, because after the fight had left her, she was just a weak old lady who had been kidnapped and was tired of being experimented upon. It was then she decided that to save her beloved Malmö from the terror attack by people with similar powers as her, she had to find out if she could be killed, which meant the terrorists could be killed.

After mesmerising her niece Zoe to leave the interrogation room, she ordered the team to kill her. But Zlatan could not do it. Then, she used her telepathic Voice.

His Stability points at an all-time low, the Voice took control of Zlatan’s will and before he knew it he started firing at her with his shotgun… many times… until she was no more. Now we knew that these things could be killed. But I, Hisham, felt and still feel really bad for Zlatan mistreating and hurting Nova Lind when we first encountered her in the cellar, who we now knew to be an altruistic old vampire lady.

Well played, Kai. Well played! It felt like a great dramatic way Zlatan to let go of his obsession for learning about the creatures who killed his family. I love these moments when I roleplay!

With the Eurovision finale less than 24 hours away and a several truckloads of physically enhanced terrorists on the way to Malmö, what will happen next? Watch this space for the continuation of “The Eurovision Song Contest Job” after the next session, or click on the campaign website for more details.