I was back on vacation from studies at the end of 1992 when Woon Seong, Shahar and I went on a trip to Pangkor. It was disconcerting times in those days, when I haven’t seen any of my Sitiawan friends for almost 2 years. When I met them during vacation, there was always the fear that things would not be the same as they had been in ACS. We were all experiencing new things at separate locations, far apart.

My fears, I discovered, were not unfounded. It was true, things had changed. Not for the better or for the worse. It’s just that things were now different. But we adapted. Once upon a time, I feared that our fellowship might be broken after long periods of being incommunicado. Now I know that even after years of absence, one can still be as wacky as before, when meeting old friends long gone.

Anyway, during the Pangkor trip, we visited the Fu Lin Kong temple there, which was a major tourist attraction. Here are some old pictures taken during the jaunt. 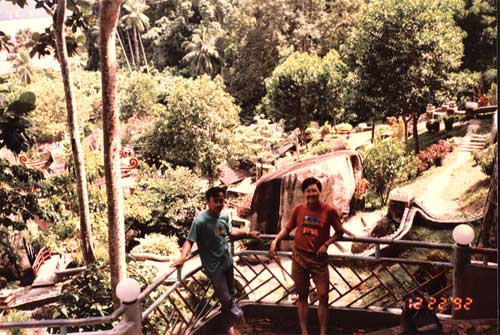 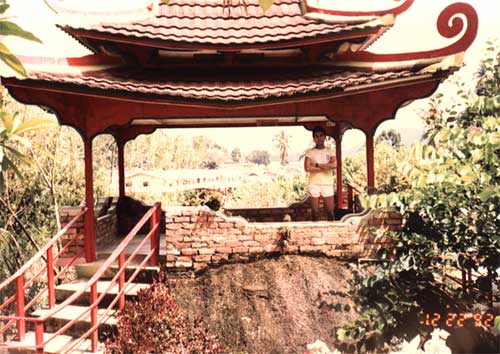 Me under a gazebo 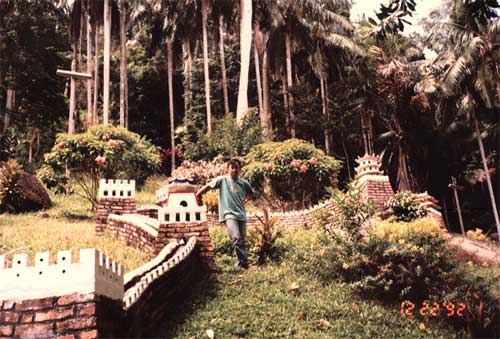 The Mini Great Wall of China 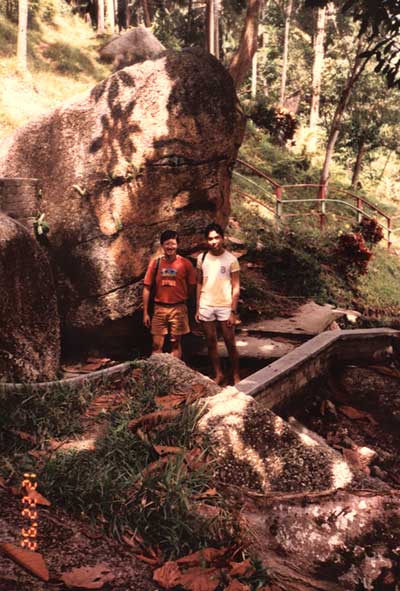 The face in the rock