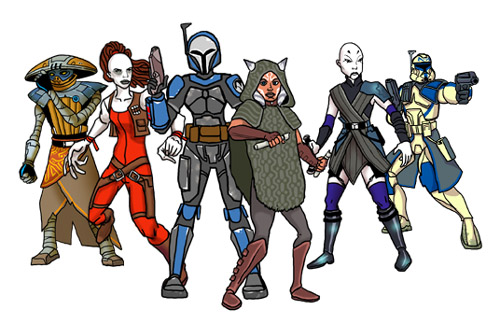 For a bunch of folk on different sides of and profiteering from a war, they look good together. The character design for The Clone Wars animated series was amazingly done, although Aurra Sing was designed for The Phantom Menace.

Here they are as paper minis, as commissioned by Brian Purvis for his son’s birthday but because of lack of computer resources and limited internet access after my move, I was late in delivering it.