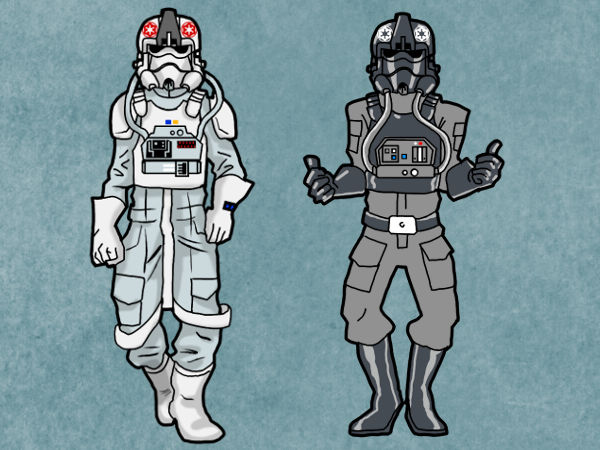 And now, paper miniatures for the Star Wars Roleplaying Game with a bunch of armoured Imperial pilots: the TIE fighter pilot and the AT-AT driver. Their costume designs are amazing if you see photos of them up close. If you need some NPCs to fight with while in the hangar bay of an Imperial Star Destroyer or a garrison, you could use these guys.

Alternatively, you could have your characters dress up as them for disguise, or even use them as legitimate player characters. like an old character in one of my campaigns named Jack Wasiwawix who was a former Imperial TIE fighter pilot who had defected and still had his uniform and gear with him. 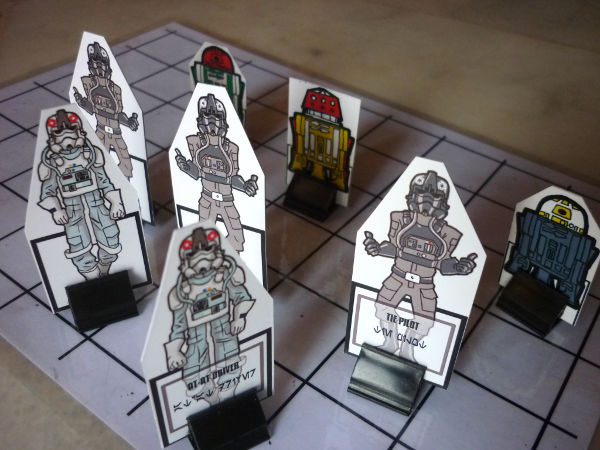 Wait. Are the pilots catcalling the drivers here?

Hmmm. The TIE pilots here might be played by the Fonz though.

Download here for printing and assembly from Google Drive.