It was a slow work day and I got bored. So I played with the Star Wars RPG paper miniatures I made.

No new paper minis. No game sessions. Just me playing with some cheap, homemade Star Wars toys. After a fashion. 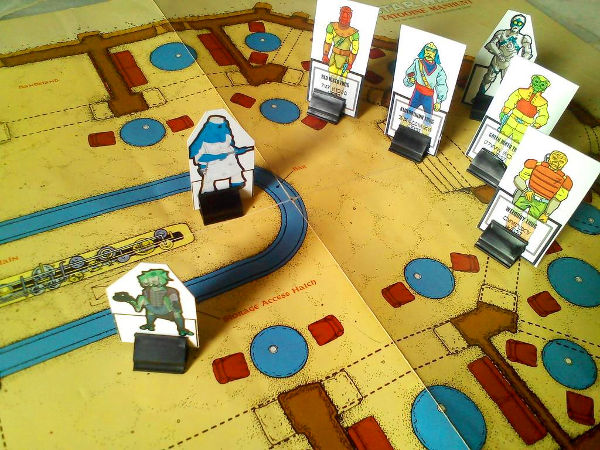 That Dug needs to be elsewhere

Here are some Hutt goons storming into Chalmun’s Cantina at Mos Eisley, leaving their protocol droid by the door. The Ortolan cook has enough of their crap. 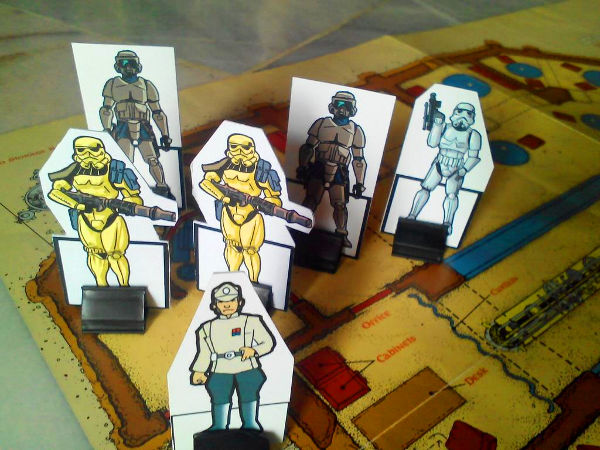 An Imperial officer leads a collection of troopers down into the cantina’s basement, perhaps for some hooch for the battalion. 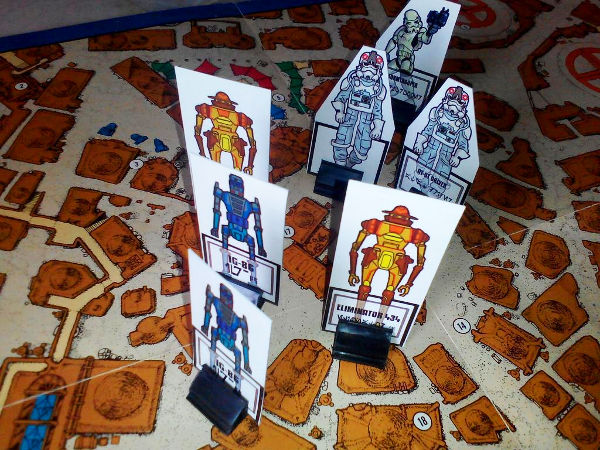 Out in the streets of Mos Eisley, a phalanx of assassin droids attempt to corner some Imperial troops. 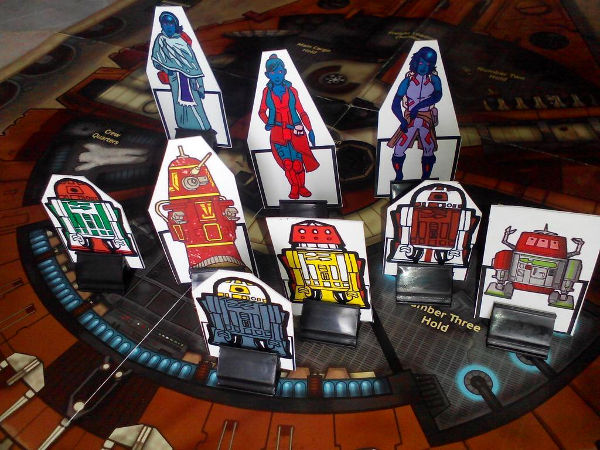 They’re Chiss not Wroonians because their eyes are red 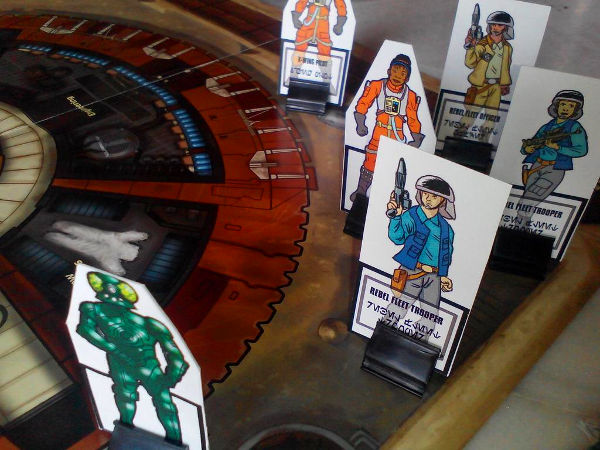 Map by Jake Murray for Edge of the Empire Beginner Game 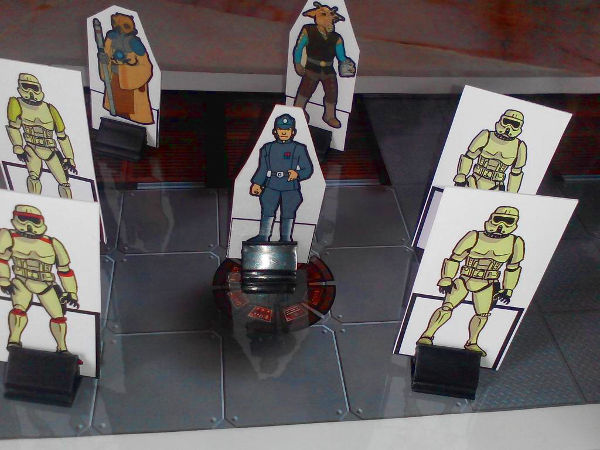 A Gran and a Gand are imprisoned while an officer leads a squad of Imperial Radiation Zone Troopers to guard the prison block for some reason. 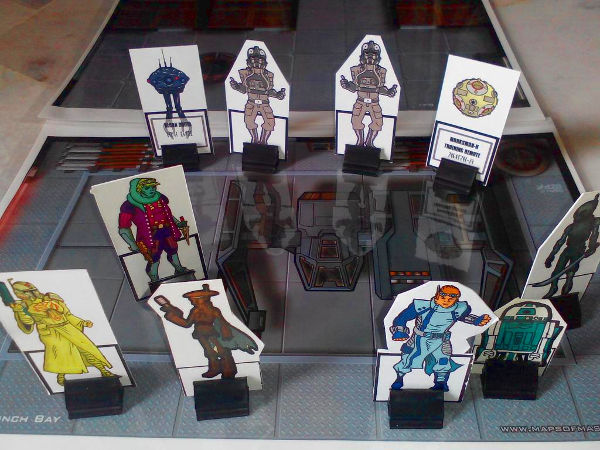 A group of simulated player characters faces off with Fonzie-posed TIE pilots and floating droids.