Back in 2002, I was commissioned by Ian Houlihan to come up with five character illustrations for a Star Wars roleplaying game d20 one-shot scenario called Savours of the Light: The Soul Child. The scenario, set during the Dark Times, was to be run at The BIG Weekend. BIG was an acronym for Brisbane Indoor Games, which was obviously held indoors in the city of Brisbane, Australia.

The characters were members of a music band who had to protect a Jedi padawan. The padawan had an infant in her care, who was strong in the Force. Not an easy task, for Imperial Inquisitors naturally are also hunting for the baby.

I’ve found the five player characters I drew in a directory somewhere, but it appears the original files are lost forever. Here are the artwork I drew: 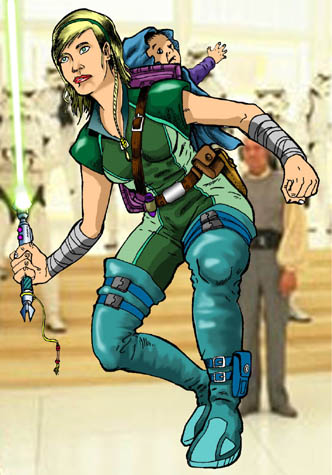 Shari-Dae Elore, the Jedi Padawan, with the infant Tristan Forseti given to her care by her deceased master Vesik Len. 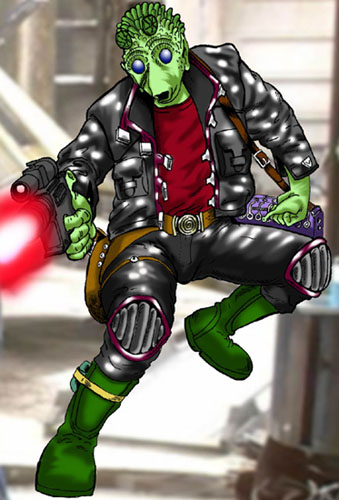 Unor Lak, the Rodian keyboard player of The Troubled Souls. 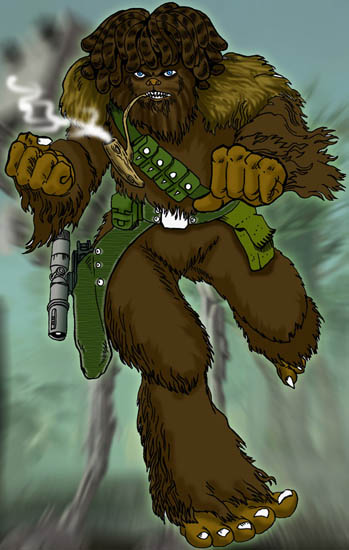 Anwarral, the laid-back Wookiee drummer of The Troubled Souls. 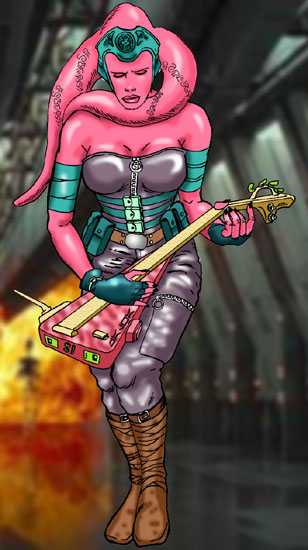 Zalwa J’Ek, the good-natured Twi’lek guitarist of The Troubled Souls.

Jannax Torl, the pretentious human singer of The Troubled Souls.

Has it been 8 years?