The onslaught of summer movies is upon us.

We’ve caught the first of them, Iron Man Three. Here’s Irfan with Benedict Cumberbatch behind him just before he watched the movie. 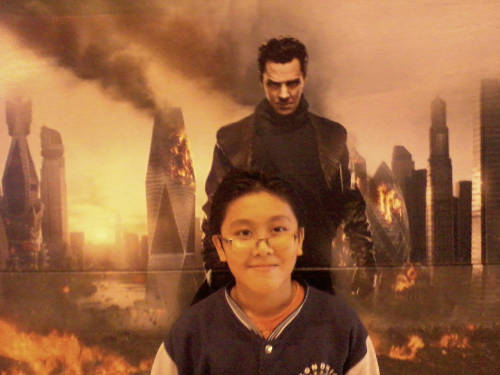 Yes, yes, yes. We saw Iron Man and not Star Trek that evening.

SPOILERS BEYOND THIS POINT

I hope we see a few more appearances of Robert Downey Jr. as Tony Stark in upcoming Marvel Cinematic Universe films before he retires.