Several years ago, we drove in to check out Timah Tasoh Resort, right by the Timah Tasoh Lake not too far from the Timah Tasoh dam. I remember it that it was a weekend and although the gates were open, there was hardly anyone there. We did not even take photos as we drove through the resort.

Fast forward to this weekend, and we now have dinosaurs. 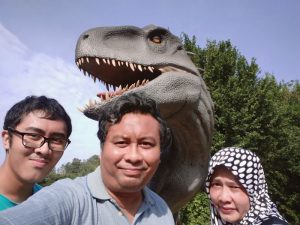 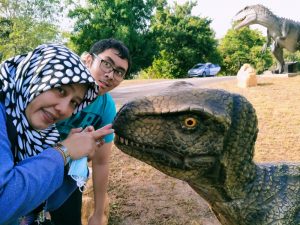 Snout ticklingIs this a young allosaurus? 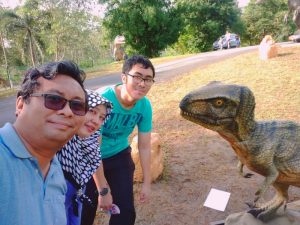 I don’t think this is a coelophysisbird-hipped or lizard-hipped? 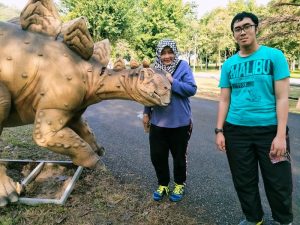 A stegosaurus friendBut not a kentrosaurus 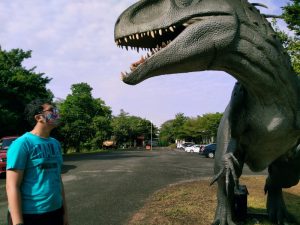 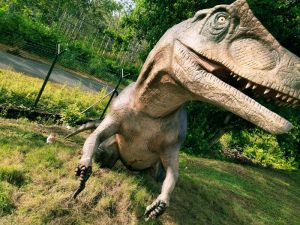 This one has a pet meowcatMight be a huge deinonychus 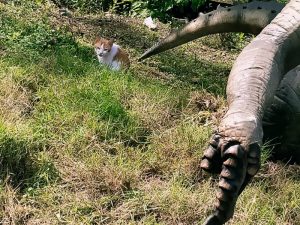 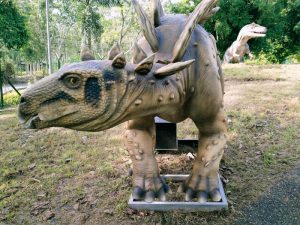 “I’ve seen things you won’t believe.”Spoilers: They're talking about the cat.
Timah Tasoh Dinos
That time we saw some dinosaurs.

The dinosaurs are quite well-sculpted. They possess no feathers and I suppose featherless Jurassic Park-style dinos would be more popular with the visitors.  They seem to be made from foam, so I hope the public does not damage them. Check out the video and photos above. Both contain a guest starring cat.

Besides the dinosaurs, there were a whole load of other things you could do such as renting a bicycle, an electric motorbike and a children’s train ride. Check out the video and photos below. 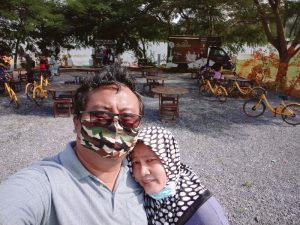 The food terrace by the lakeOnly ice cream was available 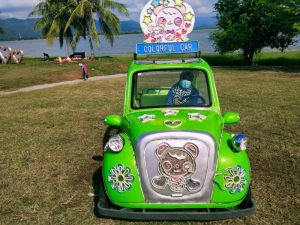 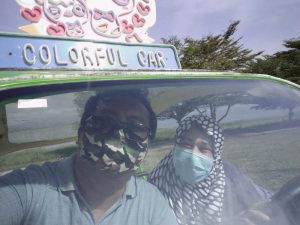 Sitting in the carAt least there was a windscreen 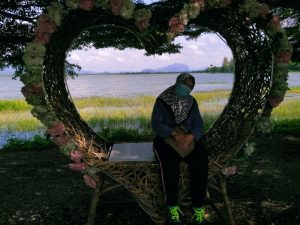 A heart-shaped bench by the lakeLove chair 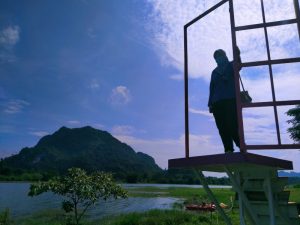 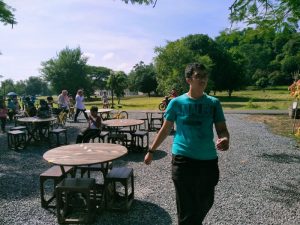 Irfan returns after returning the bikeTime for some ice cream 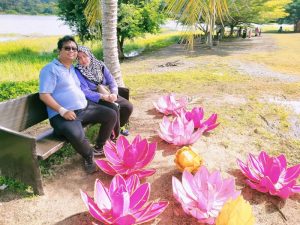 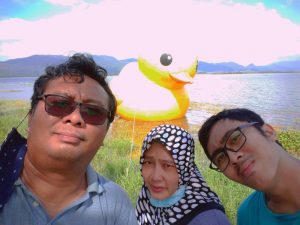