Once upon a time, I ran a Star Wars D6 campaign for cadet pilots at Perth Aerodrome while I was studying to be a greasemonkey. The year was 1992. The party created a custom freighter they named the Magma-3. In fact, a lot of details about this campaign has been lost from my memory. However, I have retained some notes and photos of our shenanigans from that time.

Before I lose more details to the ravages of time like tears in the rain, I should transfer as much information I have from my notes to this blog post as capsule write-ups of each session. Caveat: I do not recall most of the NPCs, locations and situations in these sessions. Heck, I can barely remember the players’ names.

Voyage of the Magma-3

In any case, here are the first four session. 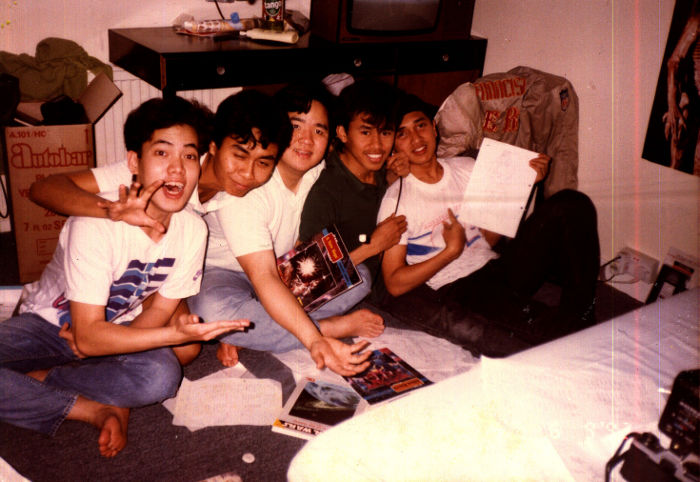 The GM with the Magma-3 crew

Earl Metolkian the bounty hunter and Orion Silverstar the smuggler meet for the first time in the Haukreg system looking to join the Rebel Alliance. They find their contact Nardo mortally wounded. Despite their efforts Nardo dies, leaving them his light freighter Winning Streak and with a mission to accomplish. They are to deliver a cargo of mining equipment to Delta Colony on Navin’s Moon.

Arriving at Navin’s Moon, they evade the Imperial Star Destroyer Stormhawk then covertly land in Delta Colony. Administrator Edgewick, security chief Eckut and mining liaison Rassk welcome them at the landing field. While droids and personnel unload the illegal mining equipment – the reason they had to avoid the Stormhawk – Rassk discovers the hefty bounty on Silverstar’s head. He sabotages the Winning Streak and notifies Jabba the Hutt. Also, he orders his second-in-command Daxas, also a Trandoshan like him, to shadow Silverstar and kill him when opportunity arises.

There is an ambush, but Daxas hit attempt fails. Rassk goes after the smuggler himself. Edgewick is angered by the betrayal and help Metolkian and Silverstar fight off Rassk.

They corner the Trandoshan in the molten mines below Delta Colony. However, Rassk floods the lower level with molten metal. Although Metolkian succeeds in jumping to safety, Silverstar failed and is consumed by molten metal (I remember giving the player 3 chances to roll successfully, but the dice was adamant). Rassk is now unable to claim the bounty as he has no body as proof. He tries to escape from the mine, but Metolkian catches up with him and kills him in a firefight.

The Bith security chief Eckut arrives and quickly tells the bounty hunter that he is the Rebels’ contact on Navin’s Moon. He slips the information that there is a Rebel outpost on Eluun’s World. After Edgewick thanks him for the delivery, Metolkien commandeers the Winning Streak alone and heads for Eluun’s World.

He changes the freighter’s name to Magma-3. (This was way before I learnt – or West End Games wrote – about BoSS restrictions. Let’s just say Edgewick’s slicers helped with the IFF transponder change.) 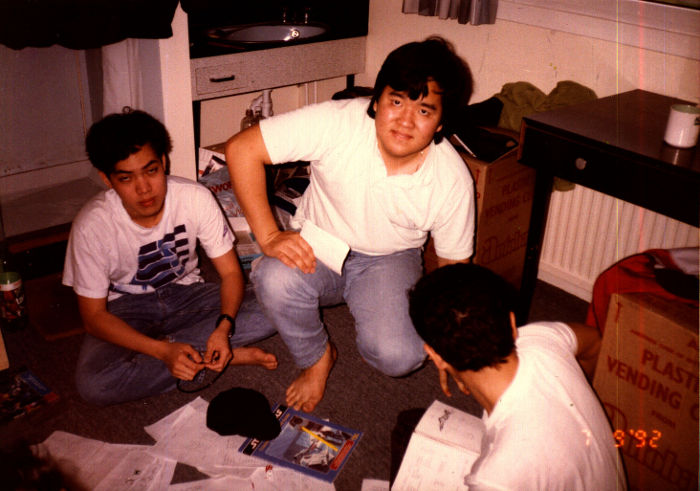 We play on the floor

At the underside of a colossal city-sized mushroom on Eluun’s World, Metolkien discovers a small Rebel outpost. A Rebel agent named Gann greets him and teams him up with two new recruits: the assassin Brian Basque and the gambler Erric Yvallkryne. They arrived on site shortly before Metolkien landed.

Agent Gann gives them coordinates on Dyxal to pick up a crate of weapons and bring it to Eluun’s World. Soon, the Magma-3 makes the jump to Dyxal.

At the coordinates, the team are ambushed by an armed band of bandits. However, they start talking and find out that these bandits were Rebel commandos (let’s call them SpecForce Wilderness Fighters, in retrospect). Led by Derwinn, the Rebels inform them that the Empire recently attacked the Eluun’s World outpost and ousted the personnel there. The crew of the Magma-3 is about to deliver a Rebel weapon cache to enemy forces!

So, Metolkien, Basque and Yvallkryne team up with Derwinn’s commandos to retake the Eluun’s World outpost. The Magma-3 lands and disgorge the Rebel commandos who quickly eliminate the Imperial agents there, while the Magma-3 trio hunt and capture Gann. (How? I don’t remember. So don’t ask.)

In the end, Derwinn brings the crew of the Magma-3 to the new Rebel outpost in the sector on the asteroid Ubesh Prime in the Ubesh Asteroid Field. 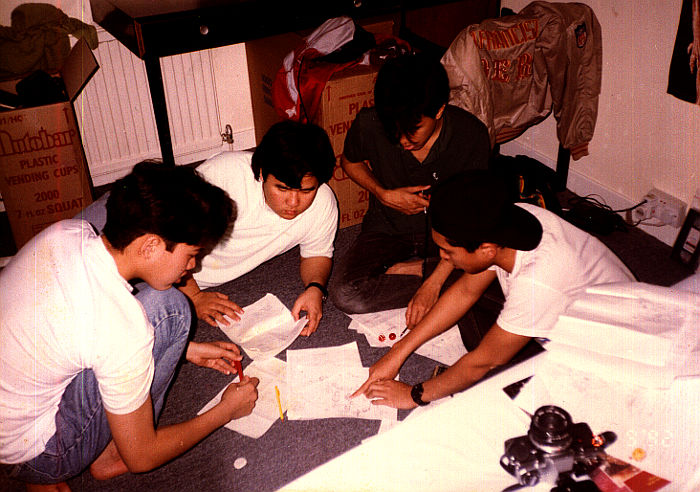 The players plan how to proceed in the adventure

Erric Yvallkryne, Brian Basque and Earl Metolkian’s first official mission as Rebel agents are to covertly invite General Seard of the Imperial garrison in the Al’Uan system to join the Rebel Alliance. There is word that he wishes to defect, but the information is unconfirmed.

The Magma-3 lands outside the garrison. While Basque tries to sneak into the garrison, Metolkien and Yvallkryne travel to Seard’s apartment. There they find Seard’s wife Syjja who is in tears. Seard threw a huge tantrum and left the house in a fit of rage for reasons unknown. When they introduce themselves, Syjja agrees to help them locate the general. When they leave a mysterious cloaked figure attacks them then flees, injuring Yvallkryne.

Syjja brings them to Seard’s townhouse across the city. They sneaked past Imperial stormtroopers who seem to also be looking for Seard. Has he gone missing? In the townhouse, they discover a secret underground refuge with a computer. The information stored within reveals the location of a safehouse in the neighbouring Eddal system.

Deleted: Meanwhile, Basque is scouting the garrison’s landing bay when troopers detect him and try to corner him. Suddenly, a barrage of blaster fire takes out the troopers. Basque spots a mysterious cloaked figure slipping away, then flees the garrison to rendezvous with the others. They decide to find out if Seard is on Eddal.

Later, as the Magma-3 approaches the Eddal safehouse in the wilderness, three TIE fighters challenge them. Metolkien drops Basque alone on the ground and soars up to engage the TIEs. As the air battle began, Brian faces off with a pair of Royal Guards! The red-armoured elite fighters appear to be escorting Seard. They pin down Basque in the firefight. The general boasts to the former assassin that he had been promised to be taught the powers of the Dark Side of the Force by the Emperor himself. In fact, Seard mouths off so much that the Royal Guards kill him on the spot, presumably for his premature presumptuousness.

The Guards leave and the surviving TIEs retreat. The fight was over. They bring the grieving Syjja back to Al’Uan with her husband’s body. She decides to stay, so the Rebels head home for Ubesh Prime

En route, they receive an emergency order to take a detour to Davoth Rii. 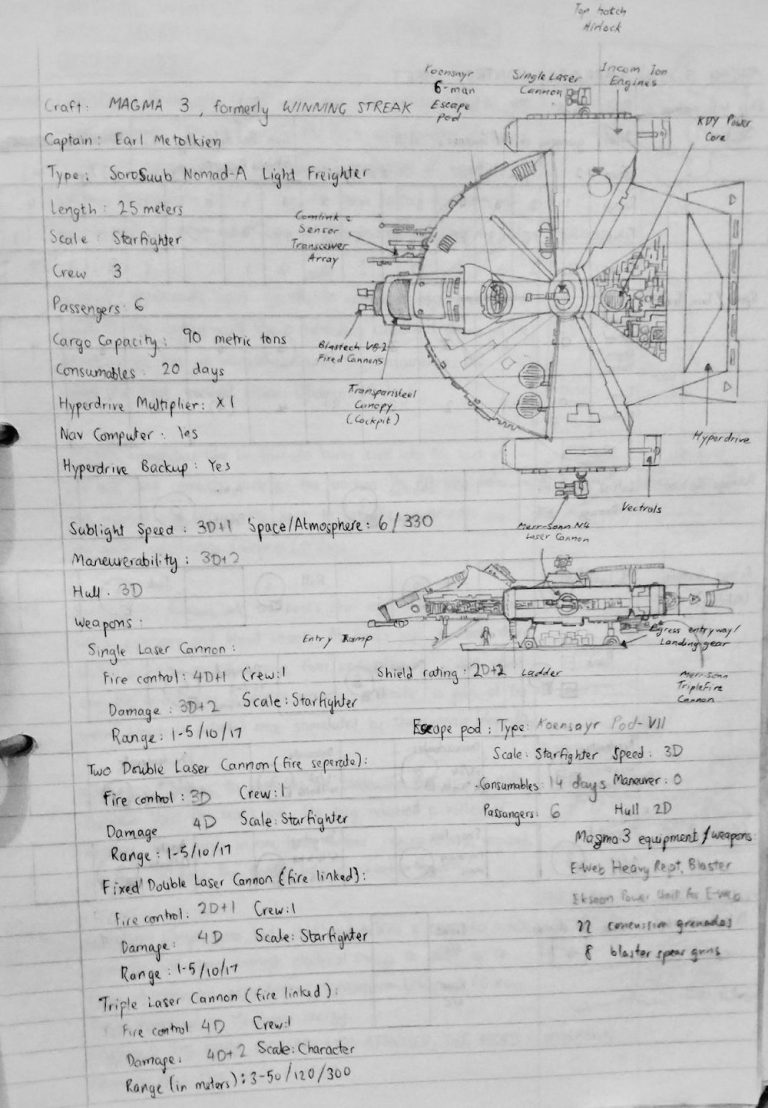 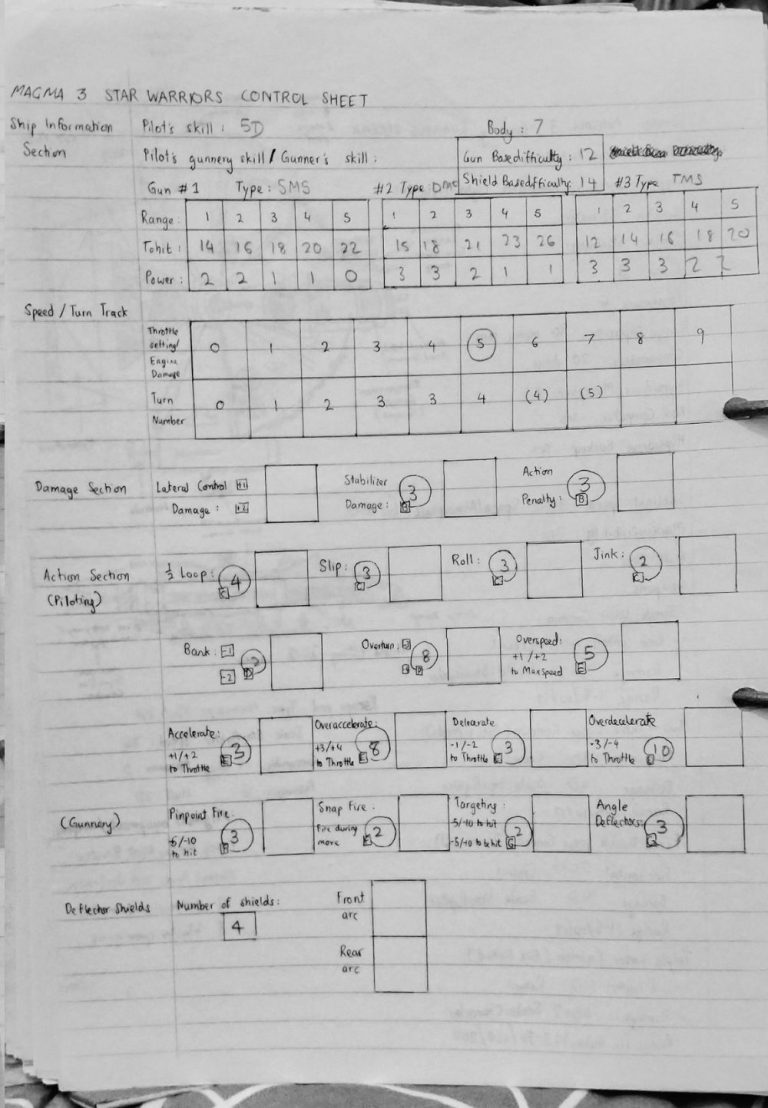 Some time before the battle on Eddal, two new Rebel recruits were dropped on the surface of Davoth Rii from the Mon Calamari MC80 cruiser Bright Flame. The duo are the former Imperial TIE fighter pilot Jack Wasiwawix and the former Imperial zero-gee stormtrooper only known as Shadow Angel. They have been ordered to go through a makeshift obstacle course. Their mock mission is to capture an enemy ion cannon emplacement several kilometres away from their drop point.

However, unknown to them an Imperial Intelligence Infiltration team has successfully taken the large ion cannon and killed the Rebels operating it. The Infiltration personnel turned the cannon upwards and struck the Bright Flame with an ion bolt, disabling the capital ship.

This alerts Wasiwawix and Angel to the Imperials’ presence on Davoth Rii. They rush to the ion cannon emplacement and come across an Imperial Chariot command speeder. After a battle, the duo commandeer the speeder and arrive at the cannon even faster. The two make short work of the Infiltration team within.

Looking at the cannon display, they see an Imperial Star Destroyer drop out of hyperspace and manoeuvre to board the disabled Bright Flame. The duo have but one opportunity. They aim for the Star Destroyer and fire. The blue ion bolt slam into the Imperial ship, disabling it completely. The Rebels, whose ship’s power is restored faster, makes a jump to hyperspace to retreat from the Destroyer.

At the same time, the Magma-3 arrives to exfiltrate Wasiwawix and Angel, then disappear into the safety of hyperspace too.

Back in Ubesh Outpost, Jack Wasiwawix and Shadow Angel are ordered to join the crew of the Magma-3 for future missions.