We went to the movies yesterday.

Into The Spider-Verse was an amazing and spectacular effort in movie making. 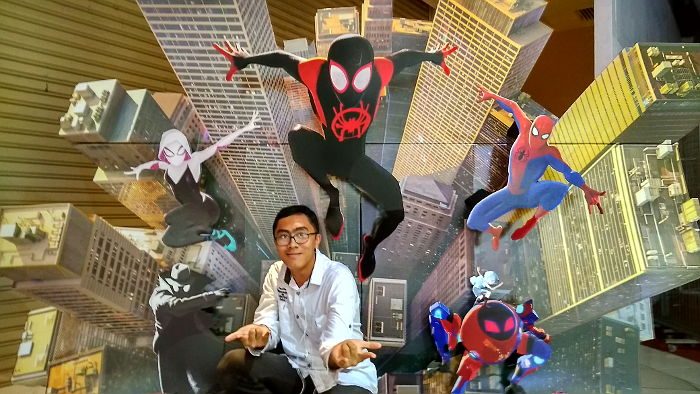 It has a well-sculpted story which juggles a lot of characters, giving each character (and not just any of the Spider-Men) a chance to shine. Also, the main characters are given a lot of set-up with entwining storylines which has big emotional payoffs.

Some of the emotional payoffs also hit close to home.

Although there have been many good animated comic book movies in the last three decades (Mask of the Phantasm is still a classic to me) this is the first one to integrate many physical idiosyncrasies of the comic book medium. Ang Lee’s live action Hulk featured comic book panels on screen, but it only served a simple purpose, i.e. show multiple viewpoints simultaneously.

Into The Spider-Verse has comic book panels (with comic books in them), onomatopoeic text, thought panels, different illustration styles, Ben-Day dots and Kirby Krackles! All-in-all, the filmmakers are knowledgeable and eloquent in expressing comic book visual language in the story and the visual feel of the film, in breathtaking ways.

Back in the ’80s I never dreamt I would be able to see Peter Porker the Spectacular Spider-Ham on the big screen!

I hope Spiders-Man makes an appearance in the sequel!