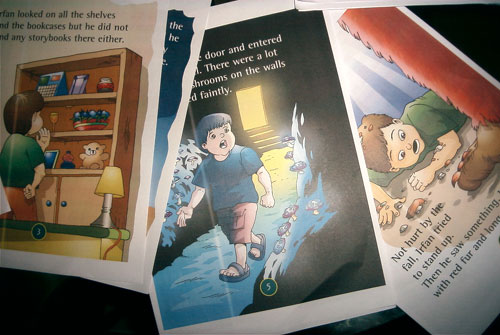 Look at the pretty colours

Last week, we printed out some of the prototype pages for the first ever Hishgraphics e-book. To be honest, prior to this I do have a fair amount of doubts about the project. In my mind, I estimated that perhaps this would have a 20-30% success when it’s eventually released into the wild.

But after holding these coloured printouts in my hands, looking at the storytelling from the viewpoint of sequential art, I feel like this has at least 60% chance of succeeding.

The story is somewhat half-baked, in retrospect it looks to me like its influenced by a bunch of different sources such as the C. S. Lewis’ Chronicles of Narnia, Enid Blyton’s Faraway Tree series, Neil Gaiman’s Sandman and Pixar’s Monsters Inc. Substantially more text has now been added to the short paragraphs with large typeface size that you see on the image above, so the current version saved in my hard disk drive is somewhat different from the ones seen there.

At the very least, I hope children will at least like the story and art I brewed up for the e-books.

So far, from when I was contributing to SWAG to when I worked for the children’s book company to working freelance, I’ve been illustrating (that is putting pencil and pen to paper) on either the dinner table, which left the table strewn with bits of used eraser, or the floor, which was comfortably cool but would induce acute lethargy.

Last Tuesday, I went out to get this: 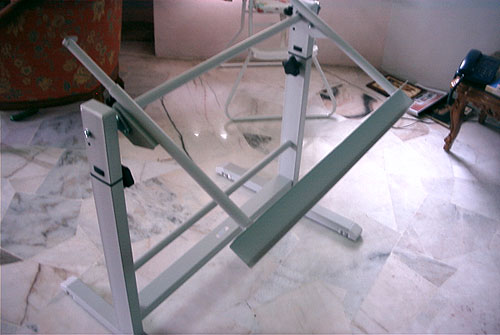 GURPS Goblins on the floor behind it

(Many thanks to Ayah Cik’s gracious contribution.)

It’s good to finally have a real drafting table where I don’t have to worry about messing up the dinner table with my shenanigans, and I also don’t have to search around for my pencils and pens as all the stationery can be placed in the slot at the bottom of the table face after use. Heck, I lose my key 10 seconds after unlocking the door, so you can imagine how useful this might be to me. And as to be expected it’s very comfortable to draw on. For the first time, today I inked 3 pieces of art without taking a break to flex my wrists, so that’s saying something. 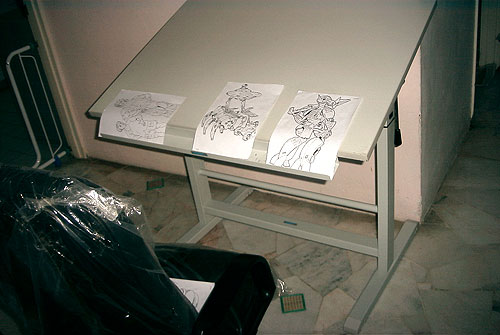 Posted in Artwork, Recent News and tagged Around the House, Artwork, Writing.