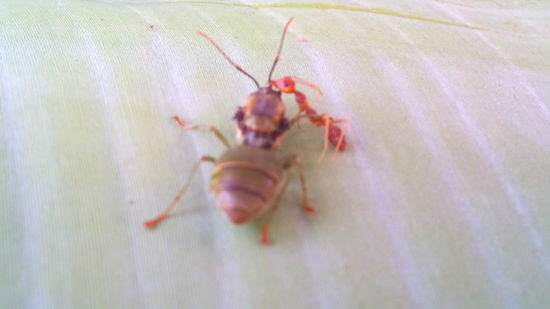 David vs. Goliath – only David died and got stuck to Goliath

And so it came to pass that I had to drive pass Petaling Jaya toward Klang during the holidays, and we met up with Ivan for teh tarik. During the course of our hanging out, Ain flicked a bug off my neck and it fell onto the banana leaf on the table. It looked like an ant – except it was colossal, and was green in colour. Then we realised that it had a smaller red ant attached to it. At first we thought it was a battle to the death between the two insects, but we discovered that the little red ant was dead and a lifeless husk. 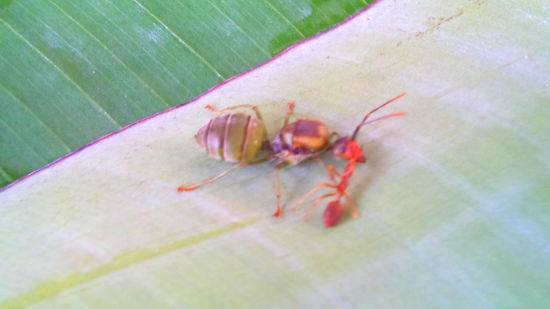 Get off my antenna!

An even closer inspection yielded a stranger observation: the dead red ant had its mandibles tightly bitten into the base of the green bug’s antenna. Light prodding by us did not help loosen it from the larger insect.

So, with nothing we could do we bid farewell to the winner of the fight – but a loser in some ways – and watch it scramble away to look for new adventures with the dead ant still attached to its head.