Tsing visited with a gift: The Old Repubic Encyclopaedia, with material from the Star Wars MMO game set 3600 years before the movies and more than 300 years after the Knights of the Old Republic/Dark Lords of the Sith comic series. It’s a great treasure trove of information not just for the game, which I do not play. It also has a ton of stuff I can mine for Star Wars RPG sessions set in the present. 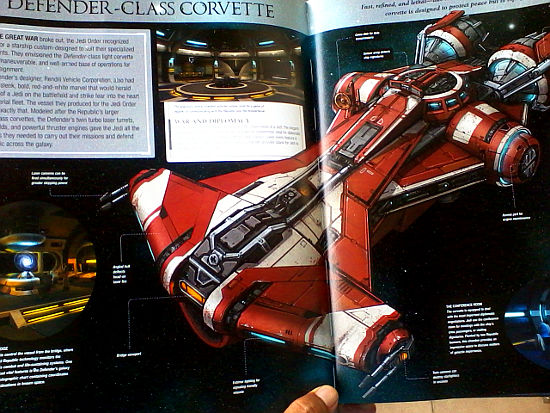 New ships! Not much but PCs might come across some of these vessels in deep storage for thousands of years, just ready to be explored or to be used as their vehicles. Just make sure there are unknown dangers aboard after being dormant for millennia. 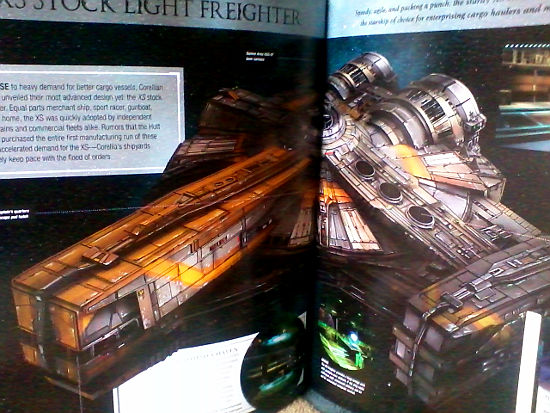 Strangely enough, my current desktop wallpaper is of an XS light freighter berthed in a landing bay. 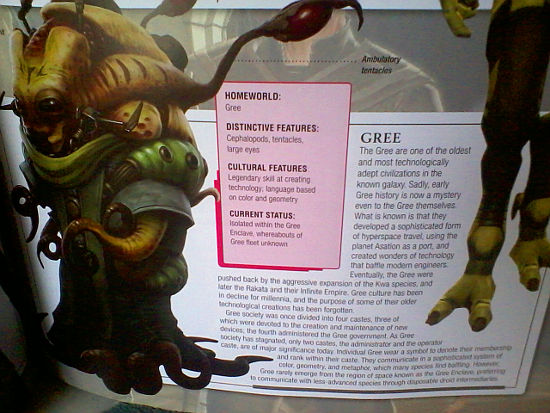 All the way from Star Wars Adventure Journal #8

You don’t see the Gree around in the galaxy much these days. 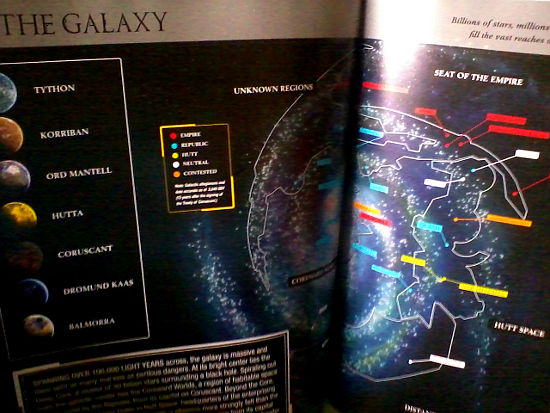 I should pick up the Star Wars Essential Atlas some day

Not a very detailed map of the Star Wars Galaxy.

Doug also got me this gift a few days later. Doug once asked what was the most favourite thing about Star Wars. I answered with deadpan, “Jefferson Starship.”

The Millennium Falcon 3D Owner’s Manual is a board book with transparent and cutaway pages that reveals components of the light freighter section by section as you turn the page. 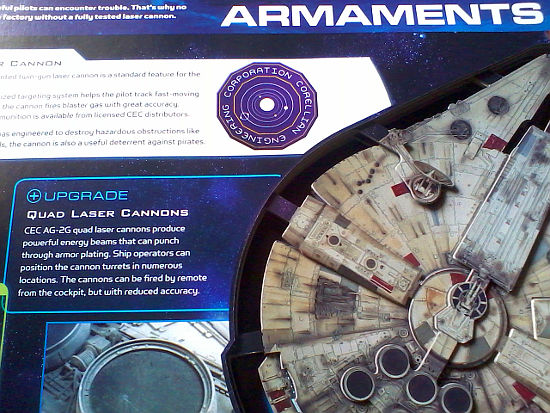 Here’s everything all assembled – all pages but the cover unturned. Obviously the upper quad cannons are first to be featured because it’s at the top of the ship. 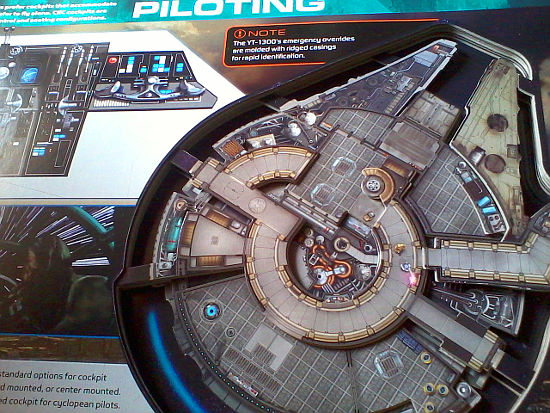 The deck plans design above appears to faithful to the one that appeared in the magazine Polyhedron #162, originally illustrated by Christopher West. 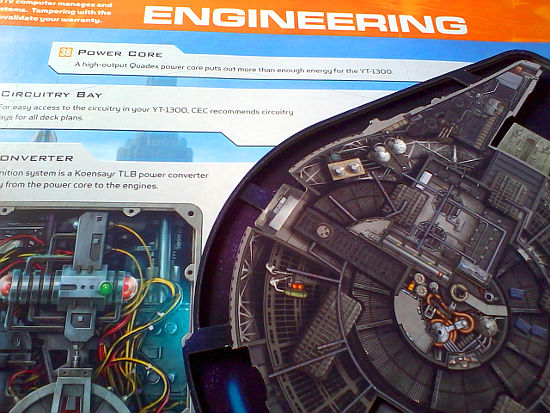 Once you get below the decks, you can figure out where to hide contraband or install illegal equipment or where stowaways might me hiding. 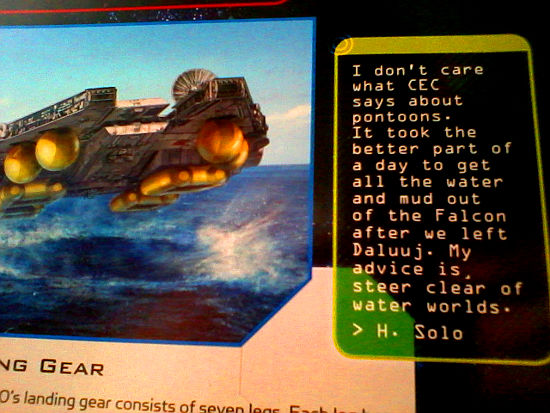 Blow the pontoons! Deploy the mast and sails!

The Falcon also has pontoons! The flavour text – written in-character by Han Solo – mentions their crash landing onto Daluuj which occurred in the Goodwin-Williamson newspaper strip. Coincidentally, I’ve GMed a Star Wars D6 one-shot that included Doug that had an adventure on Daluuj some time ago.

Thanks Tsing and Doug. You guys know me all too well.