And here we have it, the first image online of the first Iron Man armour, the one Tony Stark had to build in captivity in Vietnam (original comic) / China (animated movie) / Afghanistan (upcoming movie). No one ever, ever gets captured by bad guys in, say Decatur, Illinois… why?!?

I think it looks pretty good. It really does look like Iron Man and it even has what seems to be a flamethrower that was used in the comic story back in the old Tales of Suspense #39. But the eyes appear to be larger than usual. I can’t wait for him to move on to the more famous red-and-gold armour in the course of the movie (as designed by Adi Granov, no less). Or the War Machine armour even!

Before we go on to the movie image, here is the picture of the grey armour, and Iron Man’s debut appearance: 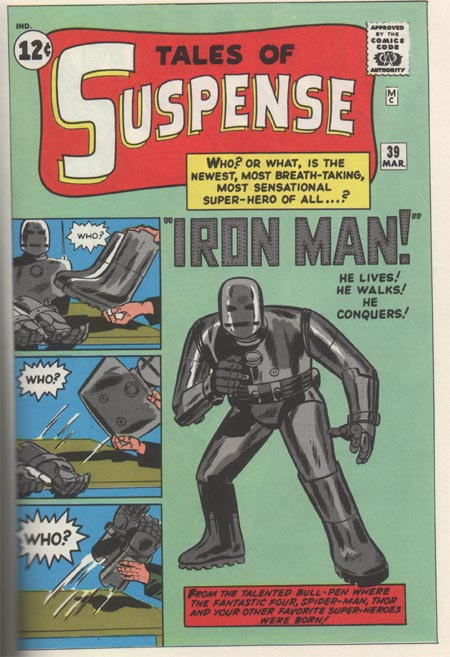 Last year, Marvel Entertainment and Lions Gate Home Video released the direct to DVD Invincible Iron Man which also had an iteration of the grey armour in action twice, some great animation I thought… and it looked like this: Do I look like Robert Downey Jr to you?

Here is the new Iron Man armour photo that’s been popping up all over the place online: 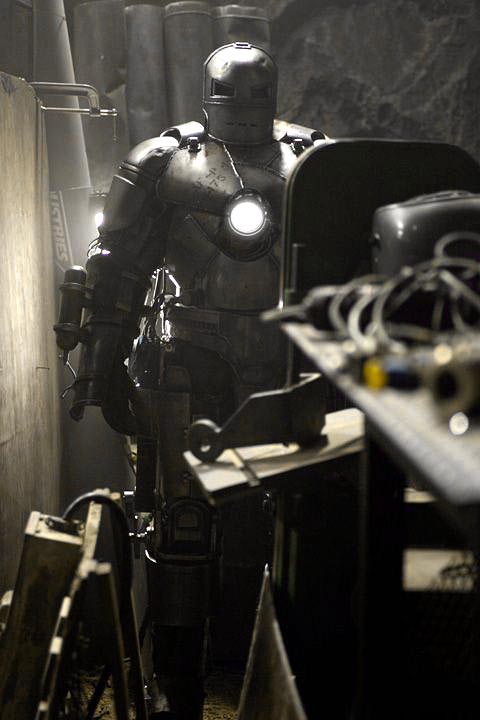 How do you turn its head

Looks like a fine comic book adapted movie for 2008.