So it came to pass that Fridays every fortnight from this morning on, there will be a role-playing game group at CIL, my workplace. Thanks to Bazli, we have official permission from the university to use RPGs as a training and character-building tool for the group.

The game the group has chosen: The Laundry by Cubicle, based on Charles Stross’ The Laundry Files novels. 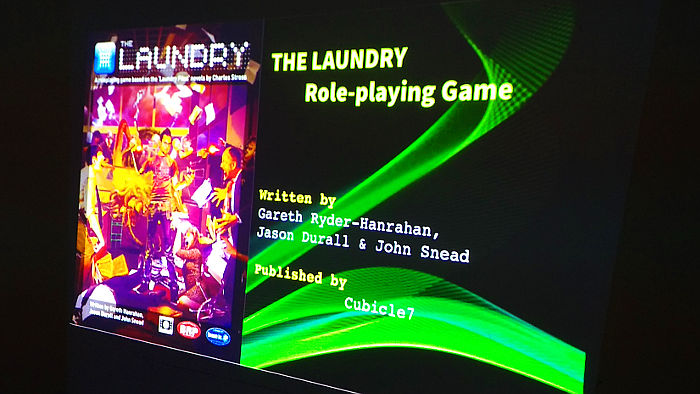 Projected onto the wall

Over the session, I explained to them the concept of RPGs, the setting of the Laundry and the basic rules of the game, including the dice rolling mechanics. I even created LibreOffice Impress slides for the session. 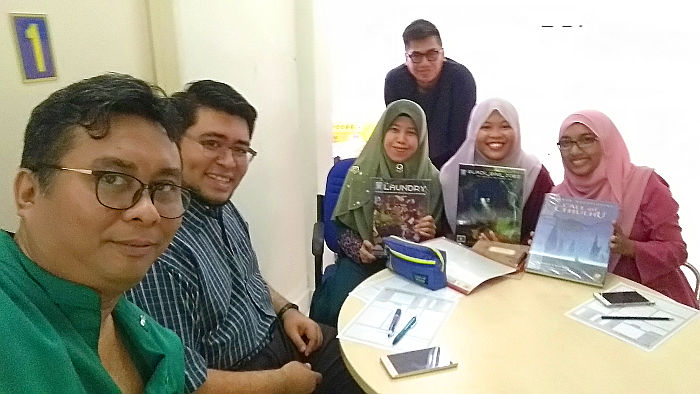 The GM with the players 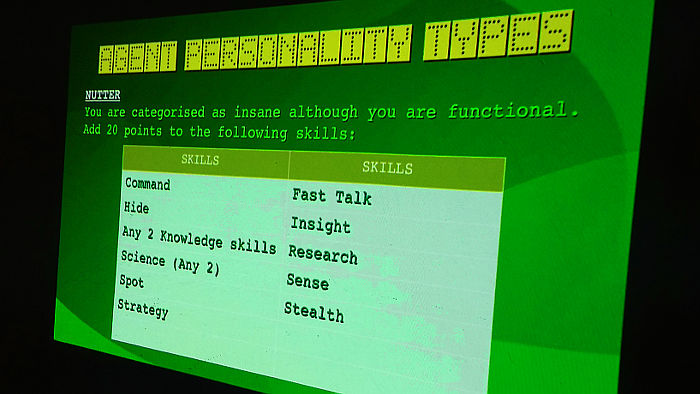 The Laundry setting I devised will be located in Malaysia. Malaysia, being once a British colony, has its own branch of Capital Laundry Services. It is a joint British-Malaysian organisation, but run by the Malaysian civil service. Well, it is staffed by people “in the know and cannot unknow”. This Laundry branch is hidden in the Malaysian Education Ministry, specifically the unit that helps with food for underprivileged schoolchildren. 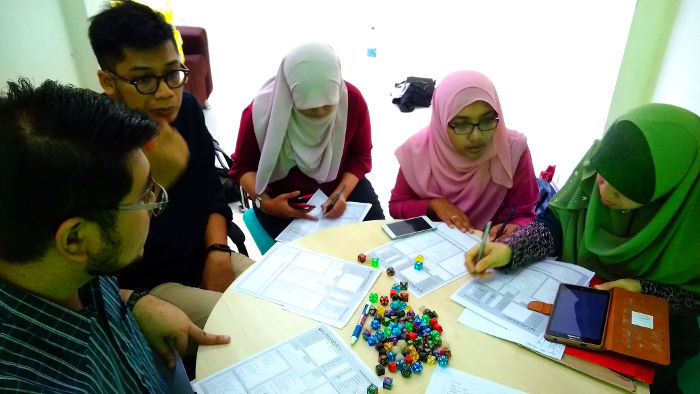 Figuring out derived stats and skills

We shall see how the players have fleshed out their characters for their first mission two Fridays from this post. How will they manage investigating that which lies at the bottom of the Mandelbrot set? Where is Black Chamber in all this? Where do Class 5 portals lead here? Who is the Director of this unit? How far are we from CASE NIGHTMARE GREEN when the stars are right and the dreaming one awakes?