After the second day of training, we were all brought on a bus through the cold but sunny afternoon weather from our training centre out near Hausen to the city of Stuttgart where we came upon this futuristic looking building: The Mercedes-Benz Museum. 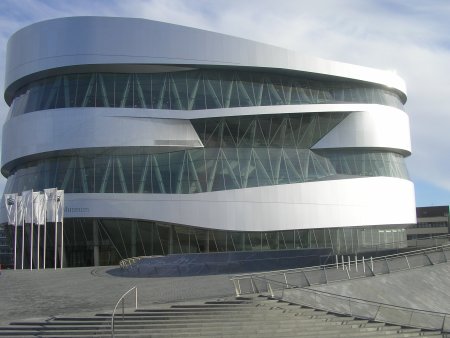 The entrance door of the museum greeted us like some Federation building of the 23rd century. 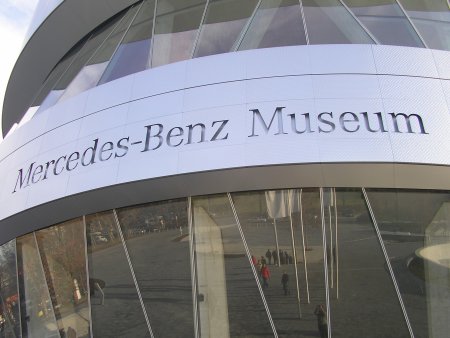 After paying for the tickets you have to take the awesome looking lift there which will transport you to the top floor. From there you will have to slowly walk down the building which is engineered in a double helix structure on the outer walls, taking you past some fantastic Mercedes-Benz vehicles from old to new. There are also pictures on the wall that show famous historical events pertaining to the era of the cars featured. 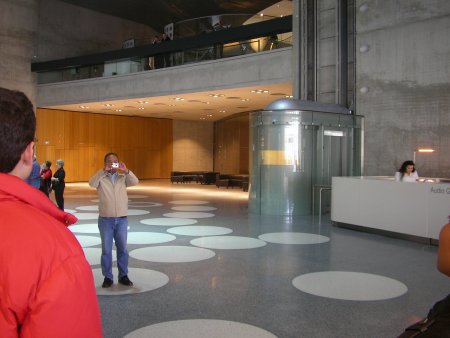 Gonzalo and Agus are in the photo 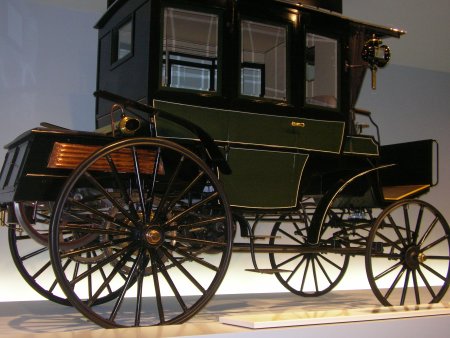 Here’s another Benz vehicle from way back, though I remember not the details. 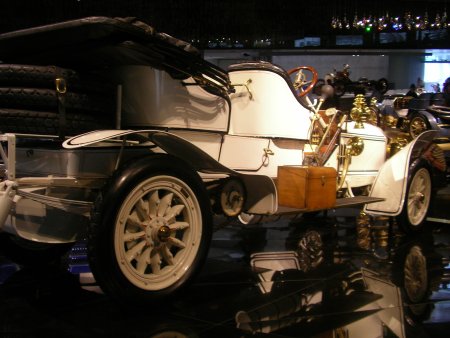 Must be a pod racer of some sort

Some authentic handwritten documents that appear to be designs for new steering wheels: 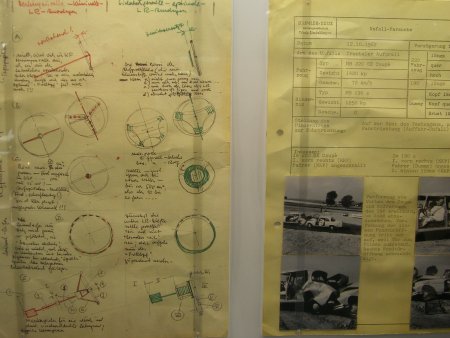 Racers of long past: 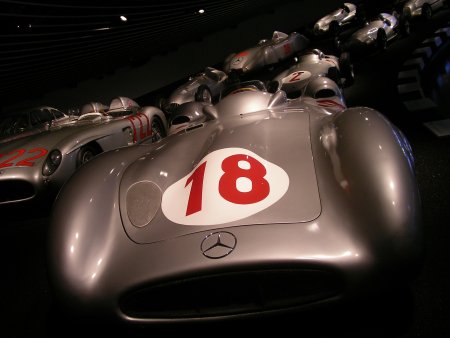 Now THIS is pod racing

The famous Popemobile with the bulletproof enclosure on the back: 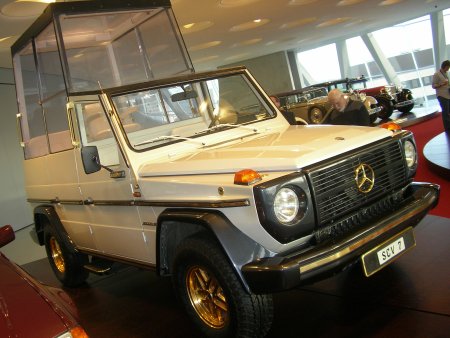 Princess Diana’s controversial vehicle. No, not the one she had the accident in, but the one she was criticised for buying in the 80s. British Royalty using a German car instead of a British one? Perish the thought. 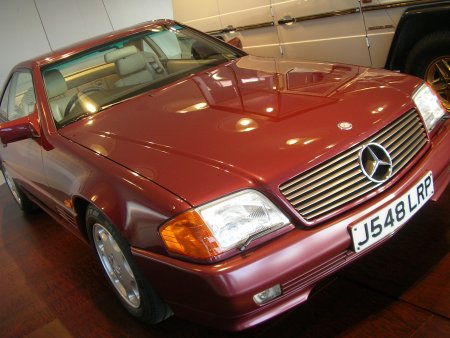 The modified Mercedes-Benz W163 which was attacked by a couple of Tyrannosaurus Rex in Steven Spielberg’s Jurassic Park: The Lost World: 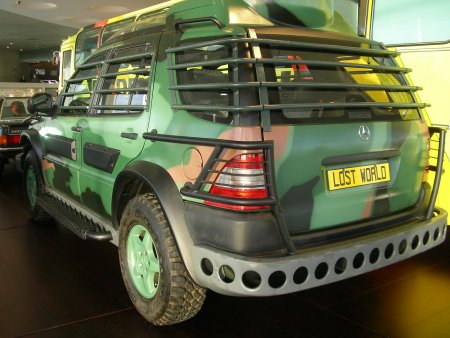 Beside the museum is this building which is connected to it via an underground structure. I took a wrong turn at the gift shop, found myself surrounded by dozens of Mercedes-Benzes for sale. Very sneaky way to get you to leave the museum with a new car. Heh heh. I looked for a way out and when I did I popped out of this building. 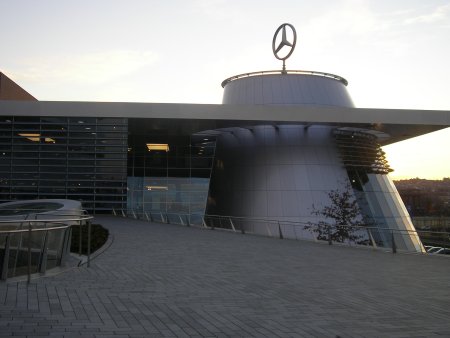