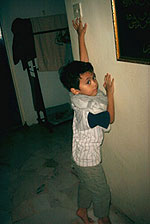 Earlier today Irfan realised that he has a new super power: the ability to reach any high switch on the wall with his hands (albeit on tippy toes). So all morning he’s been all over the house flipping switches. Lights. Fan. Forcefields. Directed-energy weapons. Life support systems.

But the best thing all week has been his newfound skill of asking to use the toilet when required. Many thanks to Irfan’s Tok & Opah for teaching their grandson while Ain & I were at work last week.

The other thing Irfan did with his grandparents was watch Pixar’s Cars together. The first time they watched a movie together, but the third time Irfan’s watched Cars in the theatre.

Cars appears to have become Irfan’s favourite movie. He asks to see it again almost every day. He can remember names and tell who’s who on sight. He points and yells “McQueen” if we see a standee or a poster anywhere. He says “Fillmore” instead of just “van”. He loves listening to Sheryl Crow’s Real Gone and Rascal Flatt’s version of Life Is A Highway, trying to follow the words. He even knows the corresponding scenes for most tracks of the movie score.

We’ve never seen him so worked up about a movie and I hope he uses some of his enthusiasm for school which will be coming up in a couple of years. 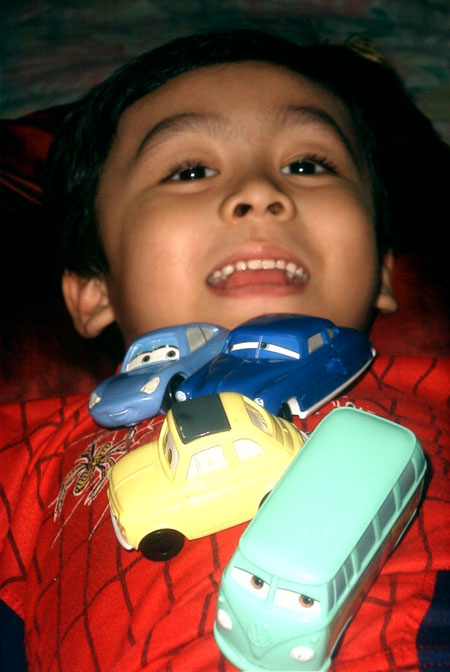