Recently, I have been commissioned by Superhuman Games to produce seven Power Cards for their licenced Villains and Vigilantes card game. I am honoured to be illustrating scenes with characters created by Jeff Dee. 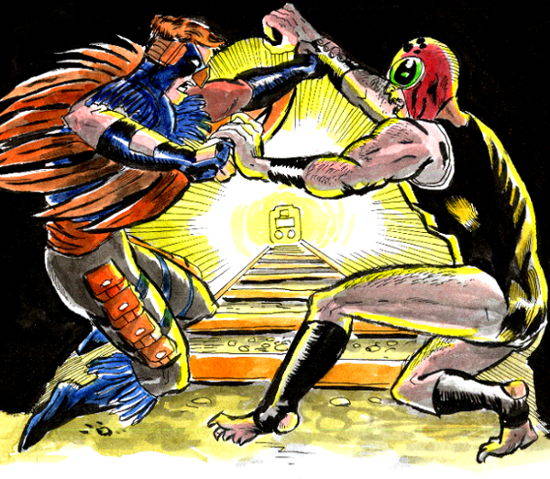 Tussle on the Tracks

Spyder and Condor are grappling on the subway tracks as a train approaches. 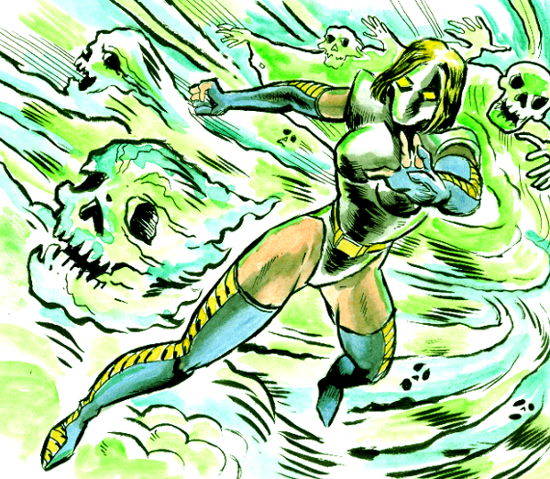 Dreamweaver issues forth a host of spectres in combat. 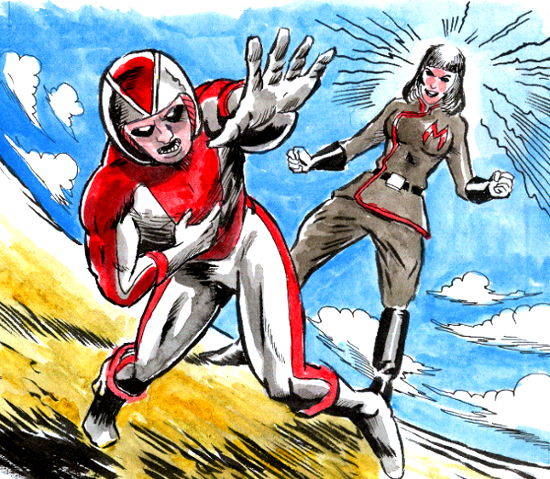 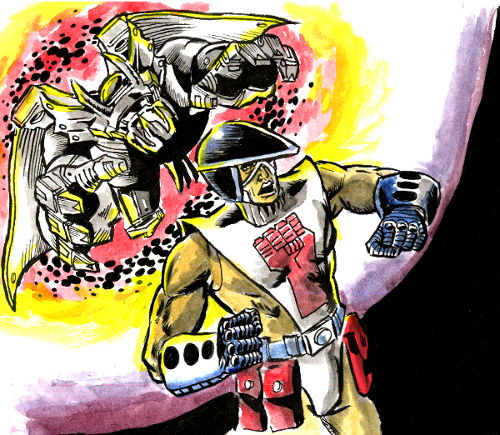 Stigmata pops out of thin air behind Gauntlet. 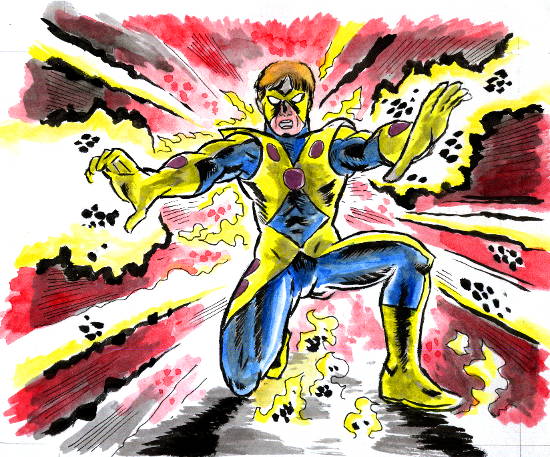 Blastar fires a burst of deadly energy from his body. 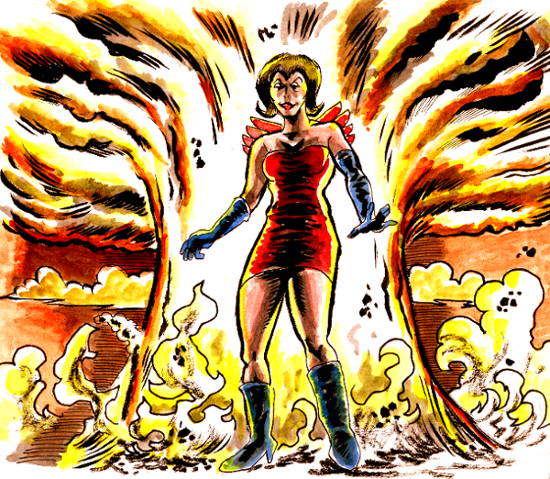 Lady Armageddon does what she does best. 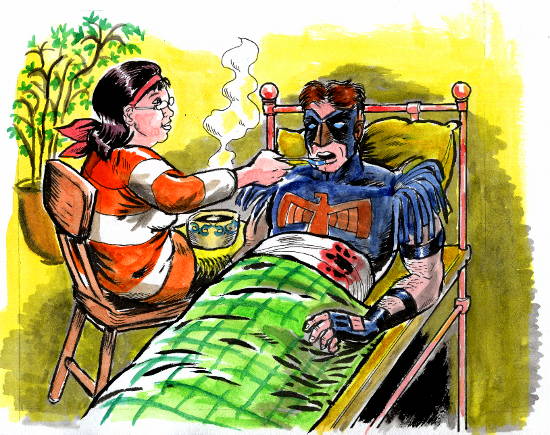 Auntie Gertrude feeds an injured Condor soup as he recuperates.

Another slide from my webinar last Friday for MAHS

Another slide from the webinar I spoke in Tabletop

Page 13 on my presentation slides for today's webi