It was the long weekend, which started on a Friday. We thought of filling up the weekend with some activities before my semester with a new batch of students begin next week. First, we headed toward Taman Sakura on the way to Kuala Perlis. (Click on all the images to expand them.) 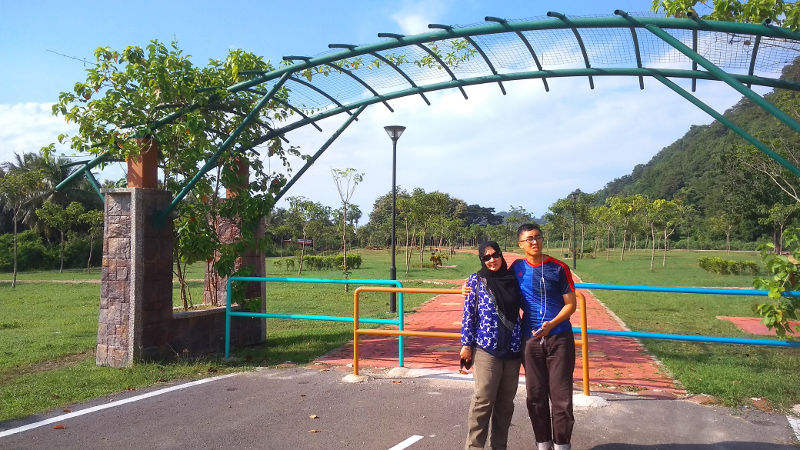 We visited the park unplanned actually. I decided I would pull up at the car park upon spotting it. It was devoid of other visitors at the time, save for a stray cat or two. 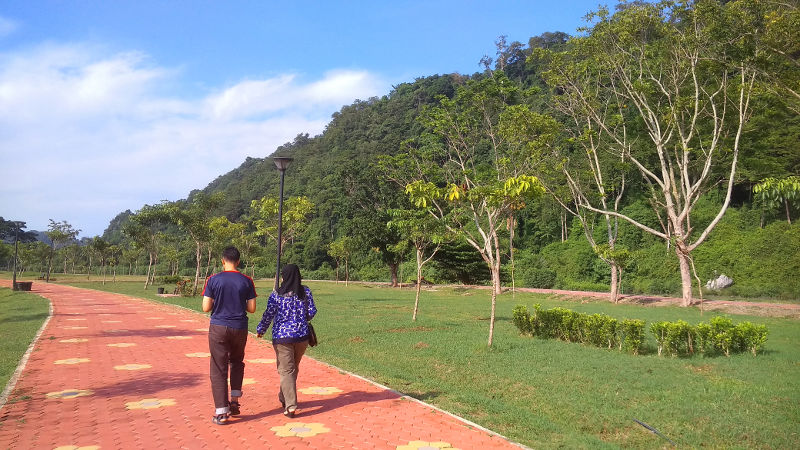 The park was by a river and across the river was a limestone hill overgrown by a tropical jungle. 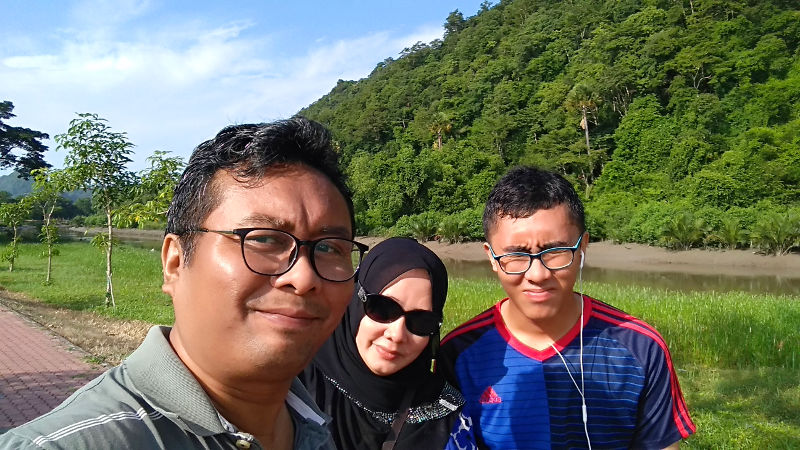 I wondered if there were snakes between the river and us. 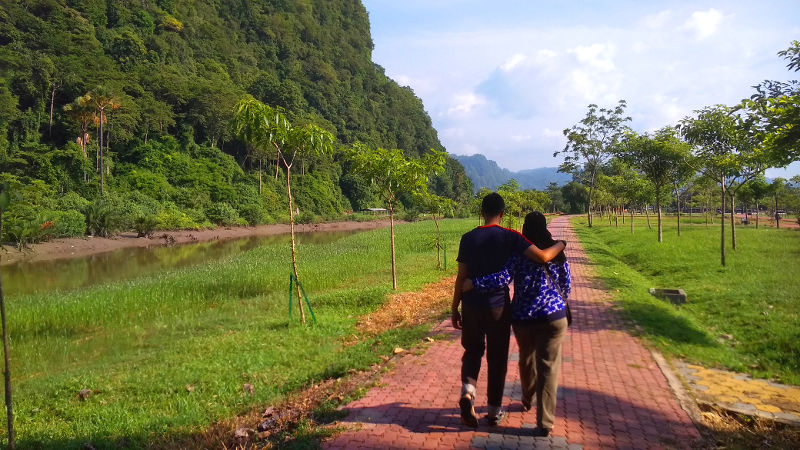 Ummi and Irfan headed back to the car side by side while I took a photo from behind. 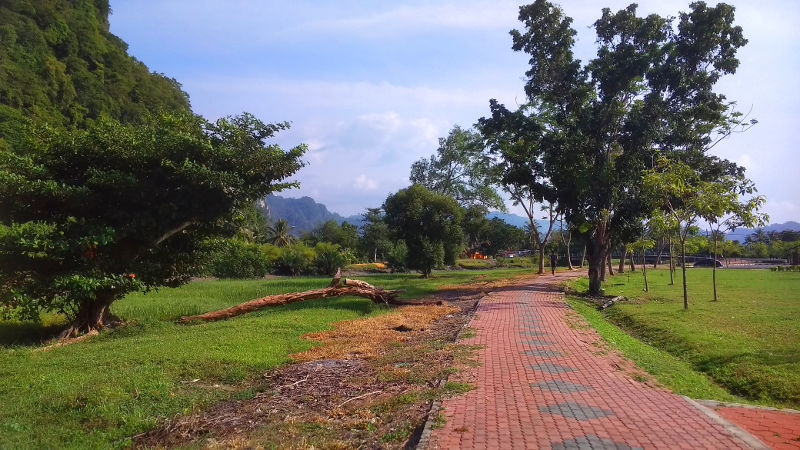 If you squint you would be able to spot Irfan running ahead in the photo. He thought he would exercise a bit more than the rest of us. 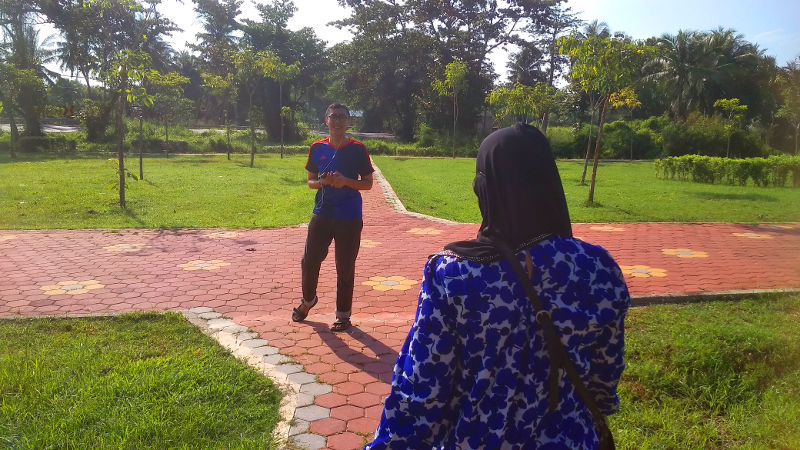 Sadly, Ain fell en route back to the car but fell. Her jeans were torn. 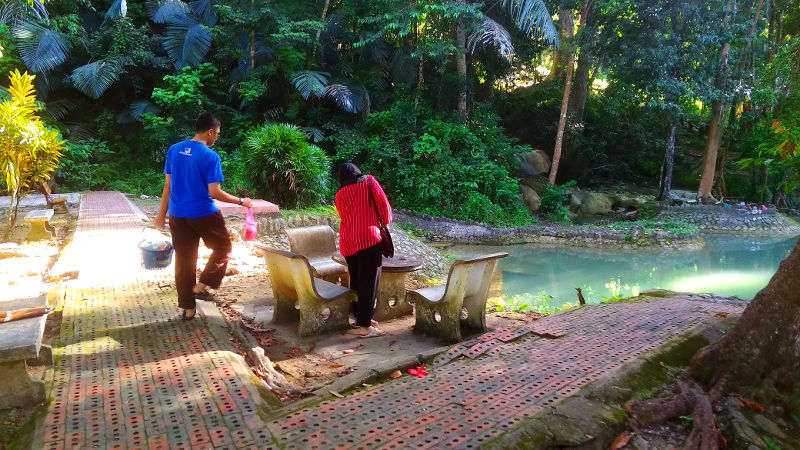 The next day, we drove to Bukit Ayer. This was the first time Irfan visited the picnic site. There were also traces of people camping out at the site. 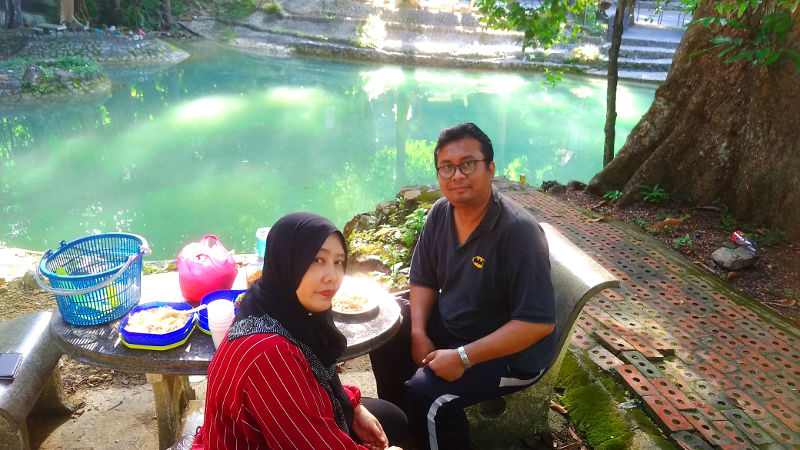 The central pool was fed by a waterfall and a stream from the thick jungle beside us. Ain made mi goreng for breakfast. 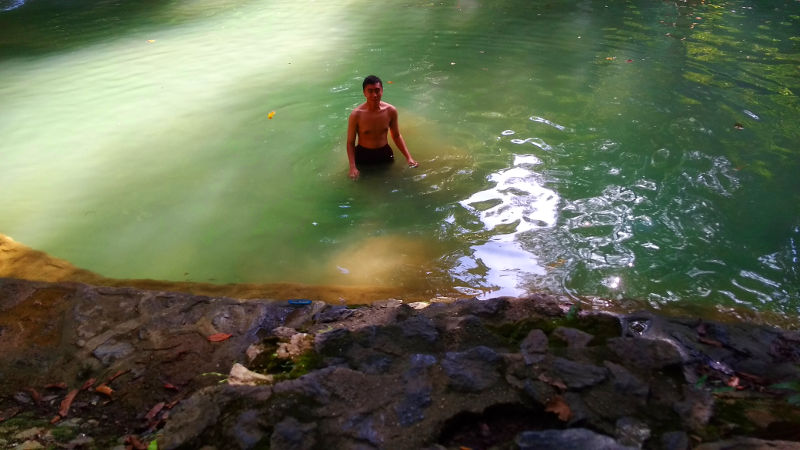 Irfan misses swimming, so without any towels and extra clothes he was given permission by us to take a dip in the green waters. 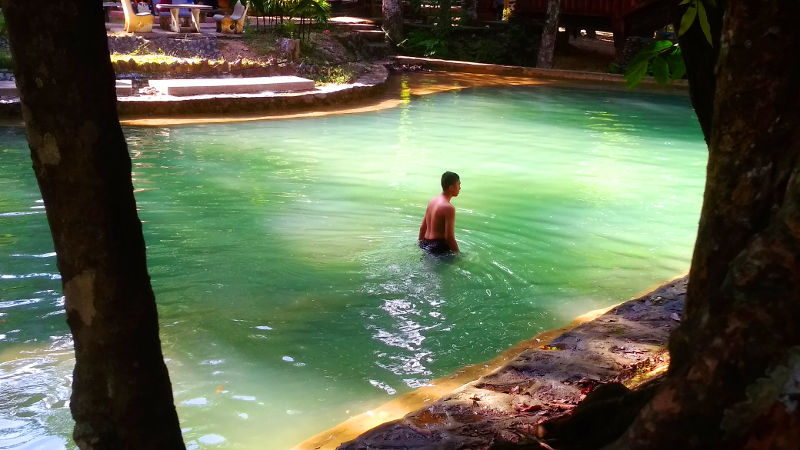 He swam and waded and did his flips in the water. He also slid down a slide at the pool.

At first, a stream. Then WHEEEE! pic.twitter.com/ap0WdDcHD7 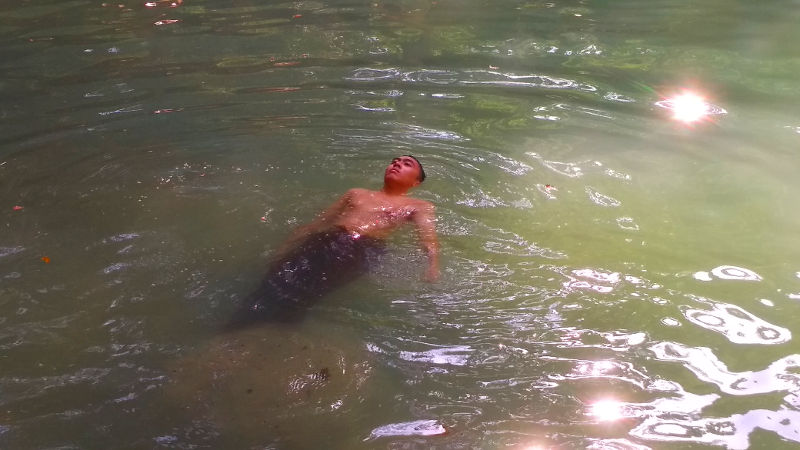 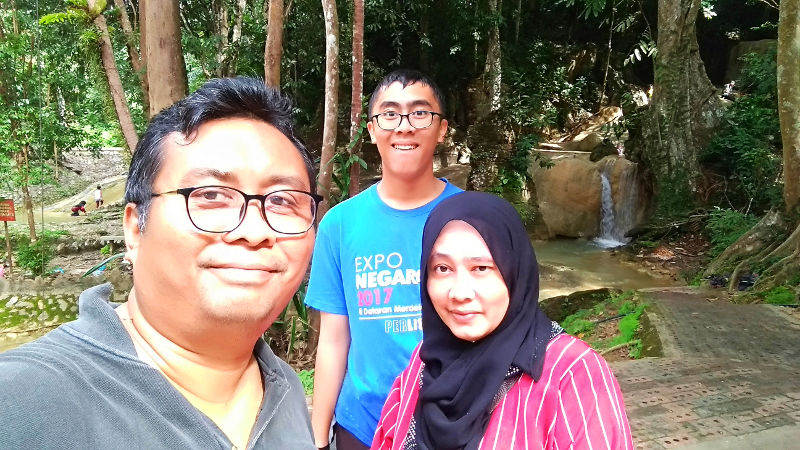 Check out the waterfall at the back. Next time we might hang out there while munching on picnic food. 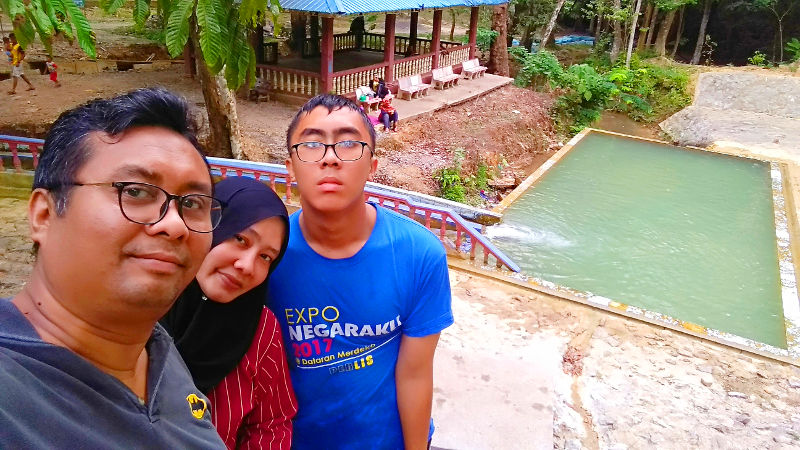 There was a longer slide that led to a more artificial-looking pool at the other side of the park. 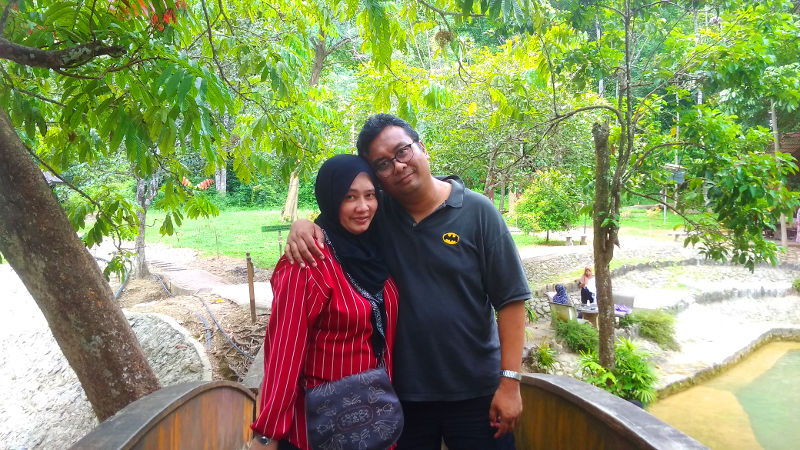 A bridge connected one side of the stream and lake where the entrance was to the other side where we had our picnic. 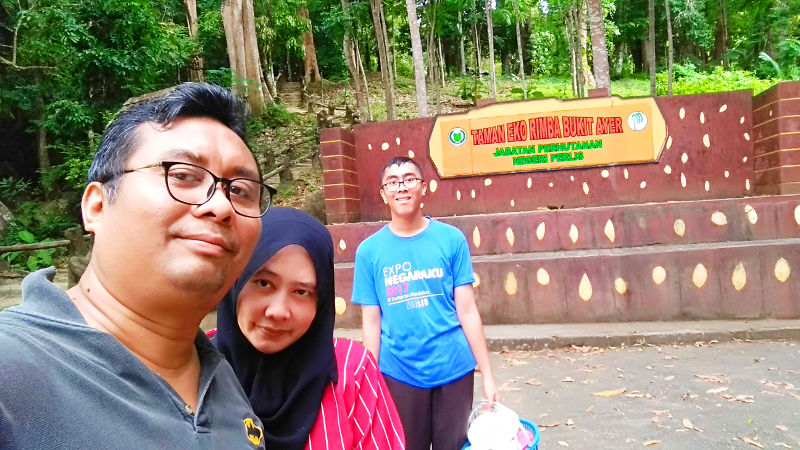 We took one final photo before returning to the car with a gradually-drying Irfan.