The story so far…

20 years ago, Ain and I took each other as husband and wife on a sunny afternoon in Pasir Mas. As it was a chaotic day, I had to spend a lot of energy to ignore what things might go wrong, what might come tomorrow and other conjectures. Instead I focused on the moment. One thing at a time, I traversed the day.

20 years later, Ain is a warrior at my side, the same as I try to be one by hers. As I approach middle age and gain a modicum of hindsight, it becomes clear that I would not have any other person by my side, undergoing all the trials and tribulations that were thrown our way a we made our way along two decades.

Much more than just a partner…

Much of the tribulations have not been recorded on this weblog, but I am certain they would fatally exhaust a lesser person. Ain not only stood by me, but forced me to improve. If it were not for her I would not have graduated with a Bachelor’s degree, and I would not have my present job.

So many words I need to write, but I am unable to string them up effectively in such a short time. I am also certain, no words will equal the thoughts and feelings I need to express to account for the last 20 years.

All I can say is, I love you, Ain. Thank you for being my partner for half the last two decades despite enduring a lot of hardship with me. 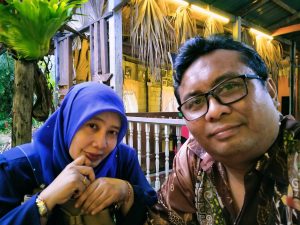 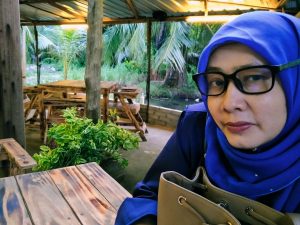 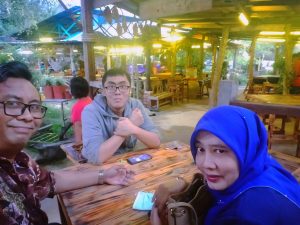 Waiting for the foodDoing the Wakanda salute 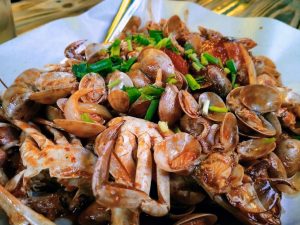 SeafoodThe delicious bane of my existence 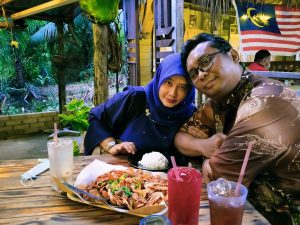 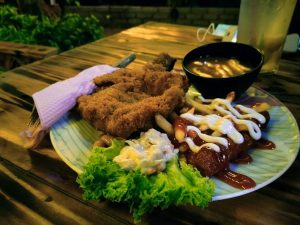 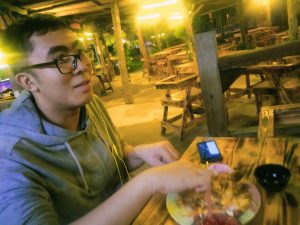 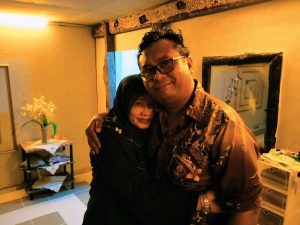 At the surauAlso very well lit for photography 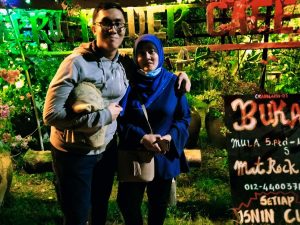 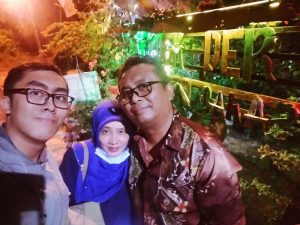 One last photo of the Home TeamHappy anniversary, my love
For our anniversary, we travelled not too far away to Mat Rock Der cafe for a shell-out meal.

We went to a nearby seafood restaurant on our 20th anniversary. It was a fun evening for us all.