Thanks to the Official Star Wars Blog, I’ve come across the photo-adventures of a pair of hapless Imperial Stormtroopers on Flickr, TK-479 and TK-455, as they undergo a series of entertaining adventures.

The photos are taken by Stéfan Le Dû, who will release one photo a day for a year.

Some of the scenes are downright hilarious. Here is a selection: 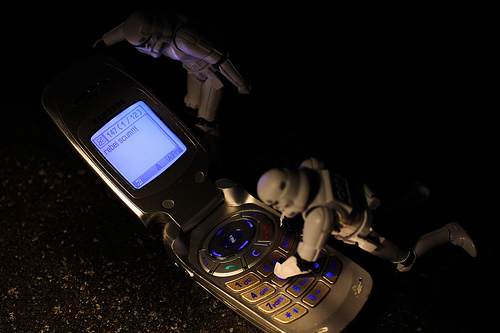 Above: This explains the anonymous messages Luke’s been receiving. It got so bad that he had to hurl his phone on the far side of Nirauan. 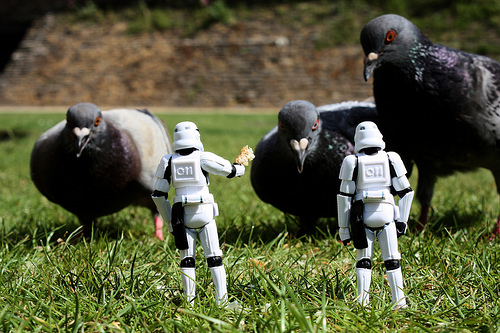 Recruiting some pigeons for the Imperial Navy

Above: The Imperial fleet could use a few good carrier pigeons if the HoloNet craps out. 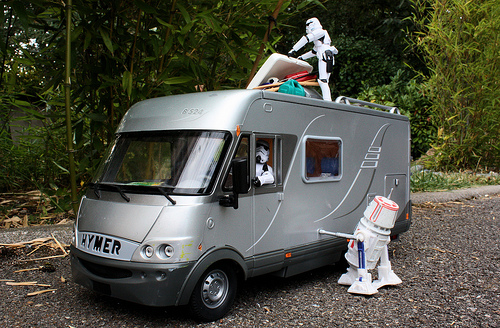 Above: You can’t go on vacation without an astromech droid to navigate your camper. 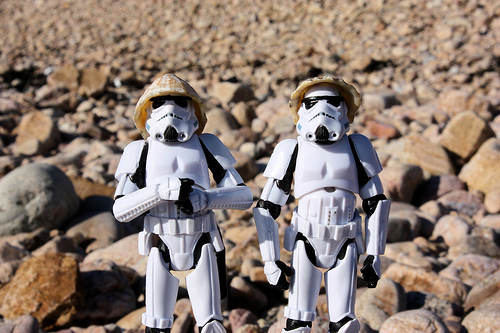 Above:  Do you need hats if you’re wearing friggin’ helmets? You do if you want to get the chicks on the beach. 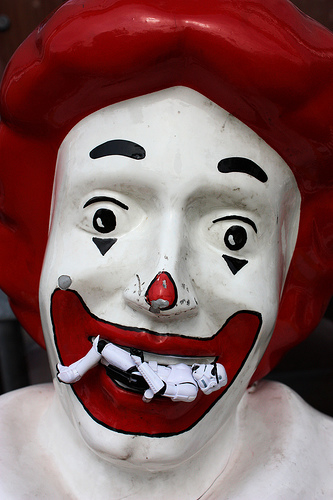 Ronald Vs. The Galactic Empire

Above: He’d better get the hell out before a horse shows up to beat this clown to death. 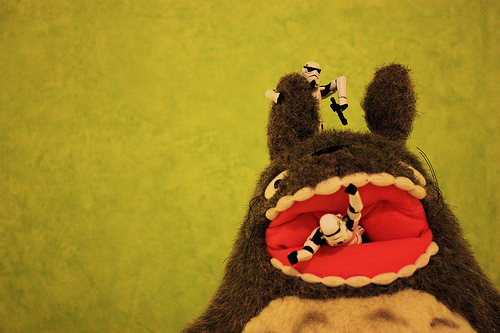 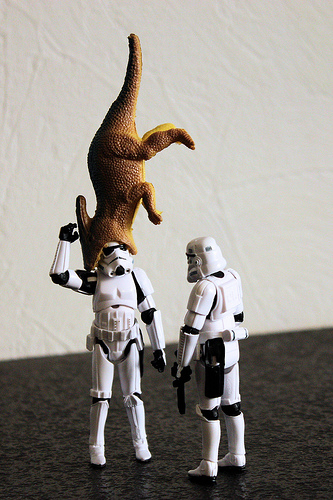 Something’s scratching my head, can you have a look?

Above: Vurk young can be somewhat aggressive if taunted. 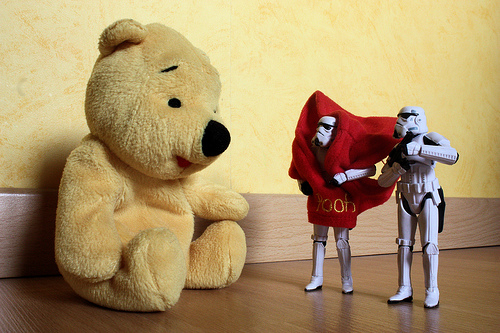 Above: This was before the proclamation of the Galactic Empire into the Hundred-Acre Empire.