It was supposed to be sports day today at the kindergarten. Unfortunately the heavy rain had other ideas, so instead the school proceeded with the birthday party of a boy, whose mother I discovered was my classmate in Perlis. Small world.

The principle postponed sports day for tomorrow. Hopefully precipitation gives us a break. I’ll take more photos tomorrow. It’d be interesting seeing a bunch of hyperactive 5- and 6-year-olds running around competing for something.

Below, Irfan poses before the humongous cake. It’s a 6 there not a 9. 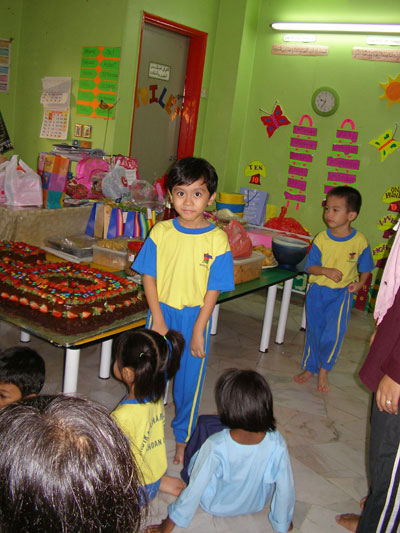 My school and soon I’ll hack into its computer database

The cake being conveyed from car to the kindergarten. Look at them Smarties. 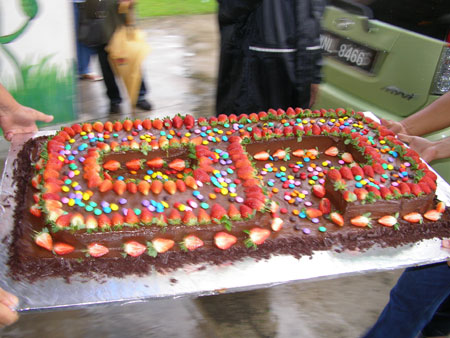 It’s larger than the Cygnus from the Black Hole

Irfan awaits the eating of the cake. 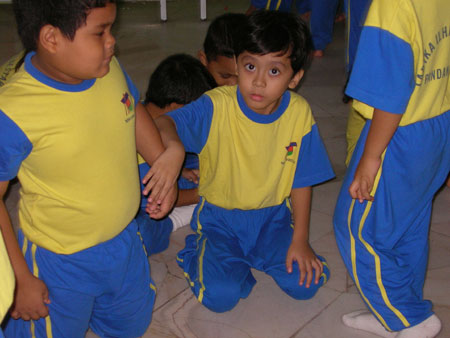 Someday we’ll get to the cake

The troops assemble for the singing of the birthday song. Yeah, that song. The one everyone’s familiar with. 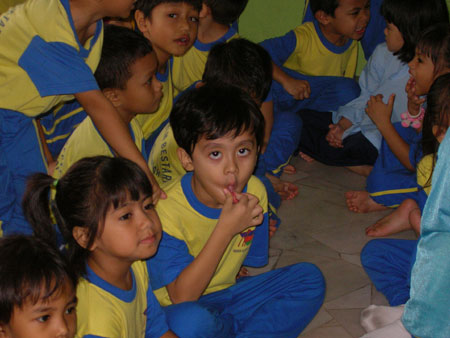 Irfan’s idea of smiling for the camera

Finally Irfan reveals to his mother his uncanny ability to eat cake. 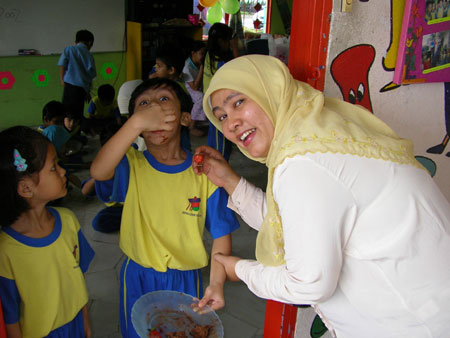 His piece has a strawberry on it